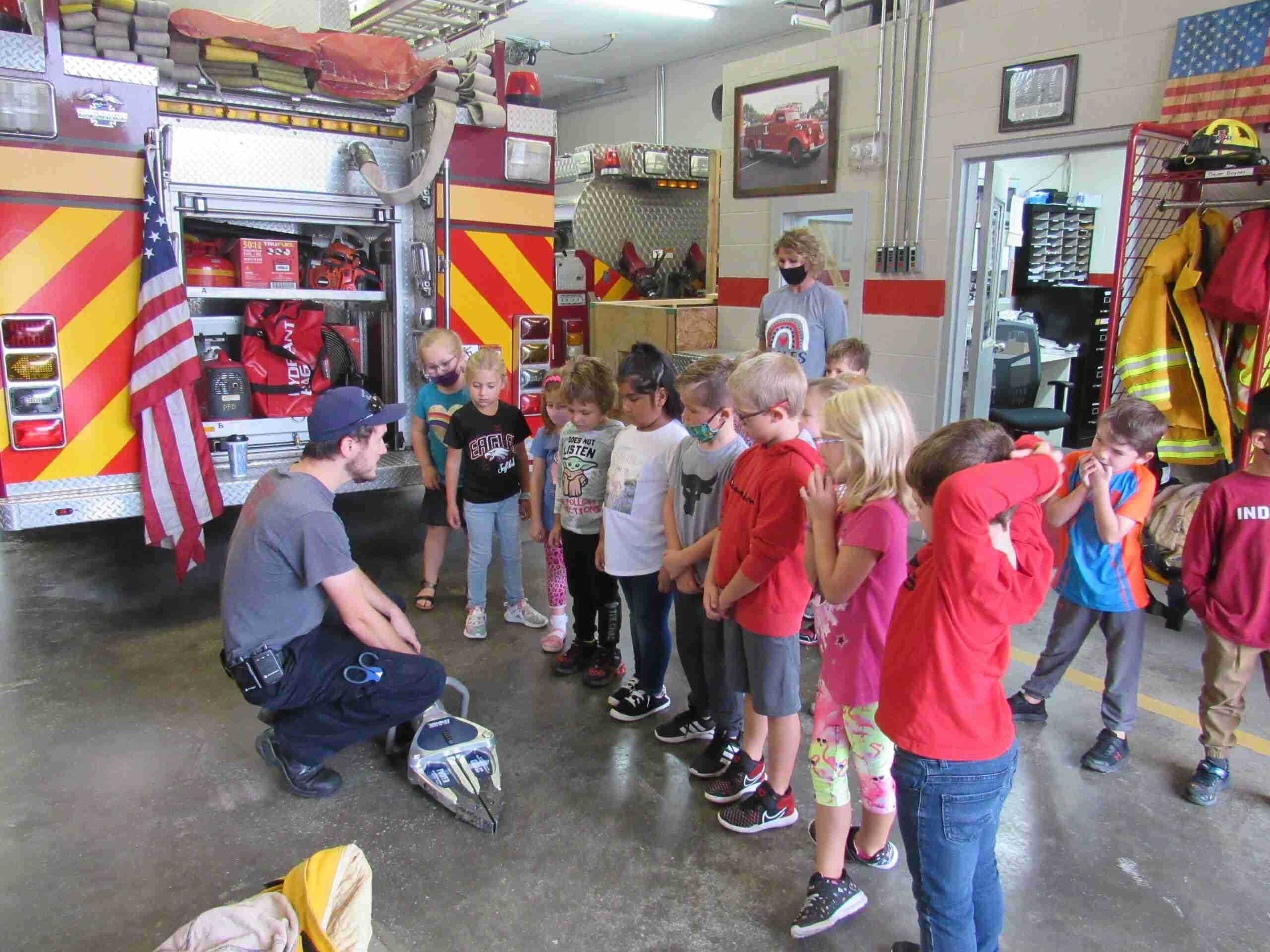 The Pioneer Fire department held Fire Prevention Day at the firehouse Friday, October 8. Children from North Central Schools came one grade at a time to learn about what the firefighters do and even sit in the trucks.

Pioneer Fire department has been teaching about fire safety and prevention for over 25 years, and they do an excellent job. The kids had a good time, and they learned critical life lessons. Thank you, Pioneer Fire Department, for continuing to do this fantastic thing.

Legend has it that a cow kicked over a lantern in the O’Leary barn and started the fire. Still, other theories hold that humans or even a comet may have been responsible for the event that left four square miles of the Windy City, including its business district, in ruins.

Dry weather and an abundance of wooden buildings, streets, and sidewalks made Chicago vulnerable to fire. The city averaged two fires per day in 1870; there were 20 fires throughout Chicago the week before the Great Fire of 1871.

Despite the fire’s devastation, much of Chicago’s physical infrastructure, including its water, sewage, and transportation systems, remained intact.

At the time of the fire, Chicago’s population was approximately 324,000; within nine years, there were 500,000 Chicagoans. In 1997, the Chicago City Council exonerated Mrs. O’Leary and her cow. She turned into a recluse after the fire and died in 1895.

In 1920, President Woodrow Wilson issued the first National Fire Prevention Day proclamation, and since 1922, Fire Prevention Week has been observed on the Sunday through Saturday period in which October 9 falls.

According to the National Archives and Records Administration’s Library Information Center, Fire Prevention Week is the longest-running public health and safety observance on record.

The President of the United States has signed a proclamation proclaiming a national observance during that week every year since 1925.

-Install smoke alarms on every level of your home, inside bedrooms and outside sleeping areas; Test smoke alarms every month; Talk with all family members about a fire escape plan and practice the plan twice a year; If a fire occurs in your home, GET OUT, STAY OUT and CALL FOR HELP. 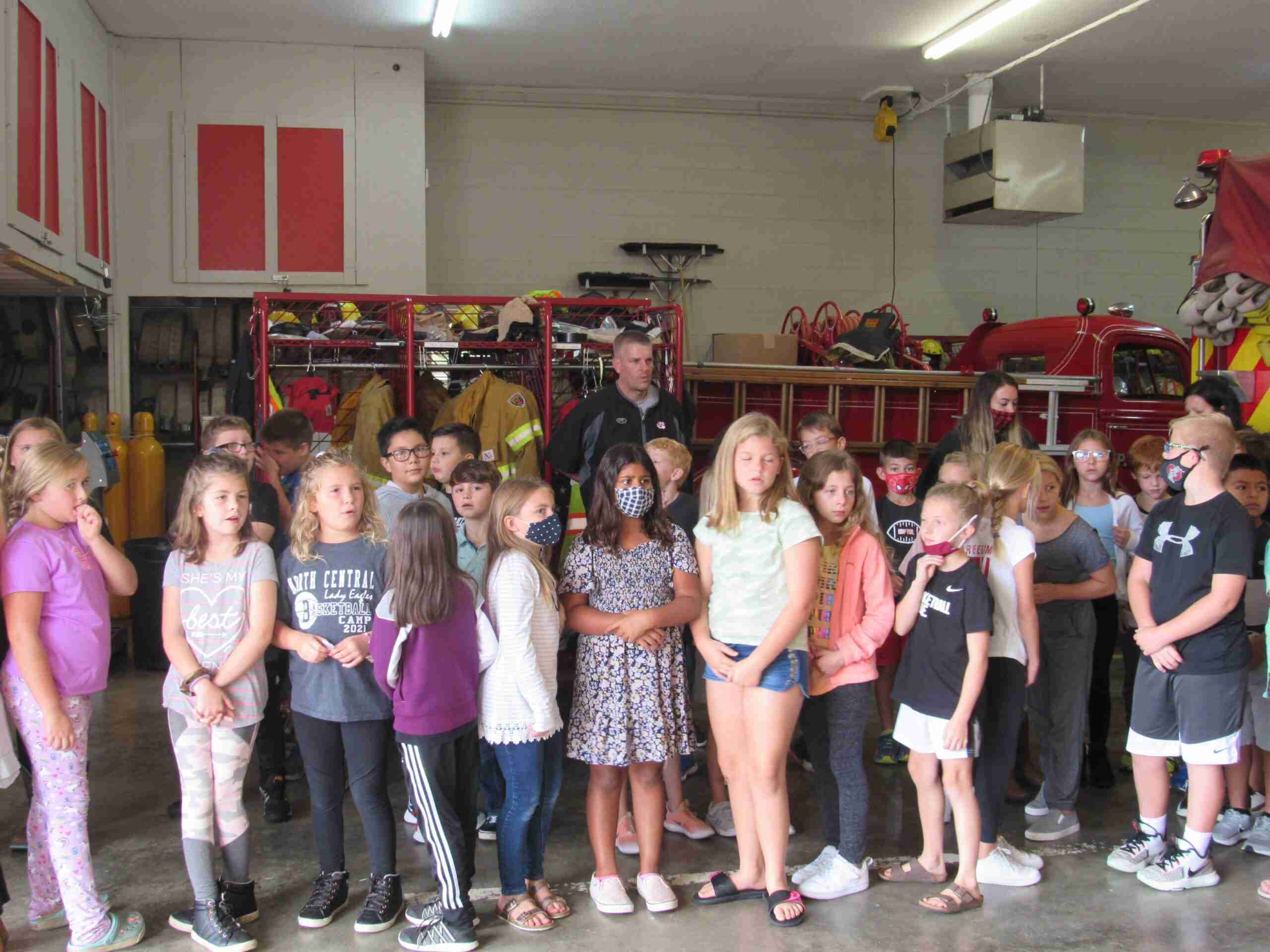 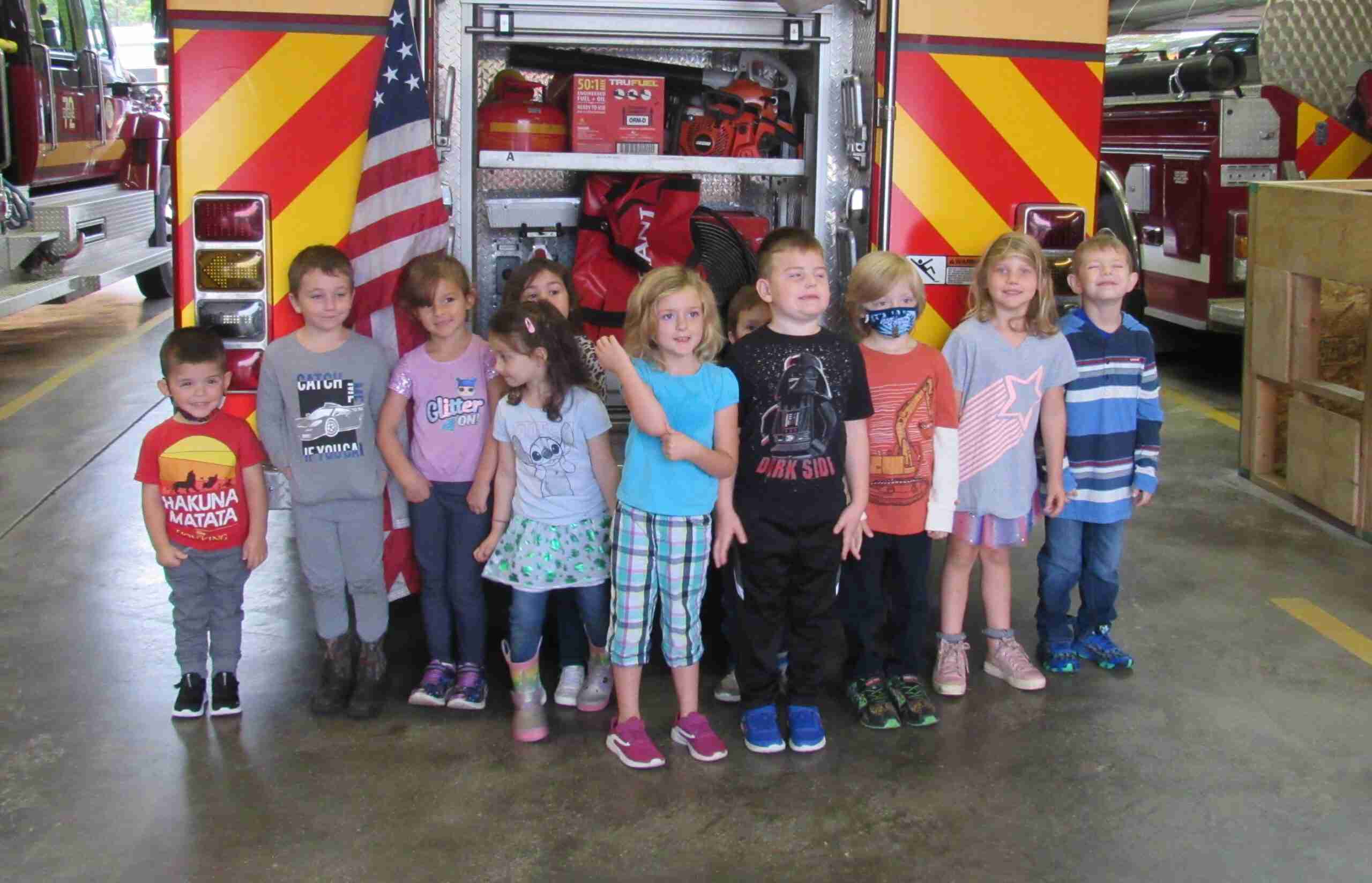 FIRE PREVENTION DAY … Pre-Kindergarten students stand in front of a fire truck for a quick photo.