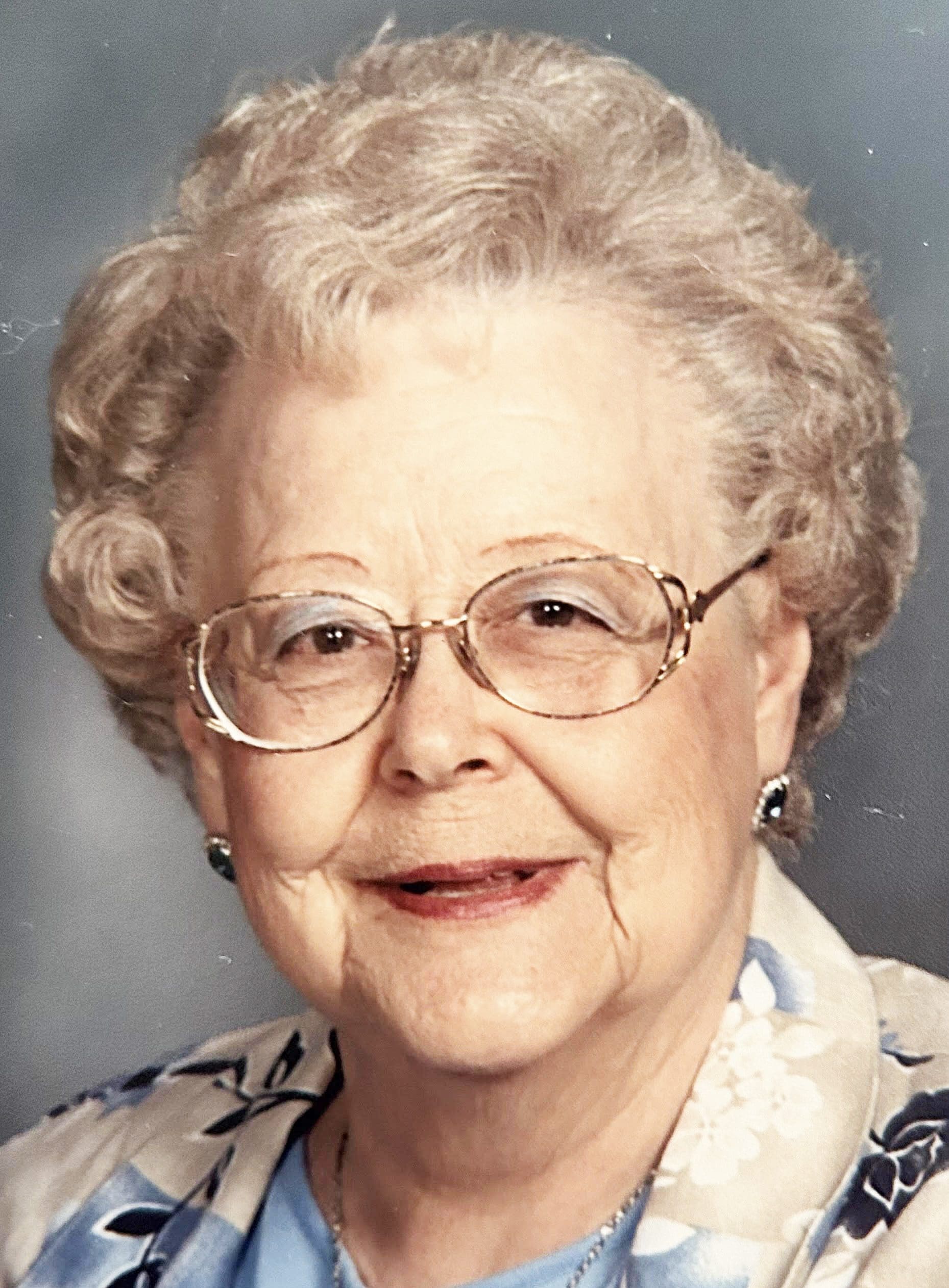 A lifelong resident of Fulton County, Betty was born on April 7, 1930, to Floyd and Bertha (Spangler) Nofziger.

She worked at the former McCord Corporation in Wauseon for over 40 years, retiring in 1995.

As a busy working mother, she still made time for her favorite hobbies – ceramics, crocheting, and sewing.

She was an active member of Christ United Methodist Church, singing in the choir and always helping with various projects.

Betty was active in the Wauseon Women’s Club and VFW auxiliary as well – she enjoyed working at taco night and fish fries with her husband, Junior.

Betty also loved the Fulton County Fair, where she worked in the ceramic booth for many years.

Her retirement years were filled with traveling bus tours with her husband, working a few days a week at the Wauseon Senior Center, volunteering, and selling Avon.

She enjoyed bingo, church programs, and reading – until her eyesight failed, but continued that hobby by listening to books on tape.

Betty and Junior moved into Fulton Suites in 2013 because of her poor eyesight and his declining health.

They were married for 63 years when he passed later that year. Betty remained in the Suites, enjoying time with the friends she made, and the different activities offered to the residents. She moved from the Suites to Fulton Manor in 2019.

While many hobbies and activities kept her busy, Betty’s greatest love and joy were her 3 children, 5 grandchildren, 10 great-grandchildren, and all her extended family.

She was a beloved wife, mother, grandmother, sister, aunt, and friend to all that knew her – a beautiful person with a beautiful soul.

She was preceded in death by her husband, parents, brother, Harold Nofziger and infant daughter Julie.

The family requests that memorial contributions be given to Christ United Methodist Church or Fulton Manor.