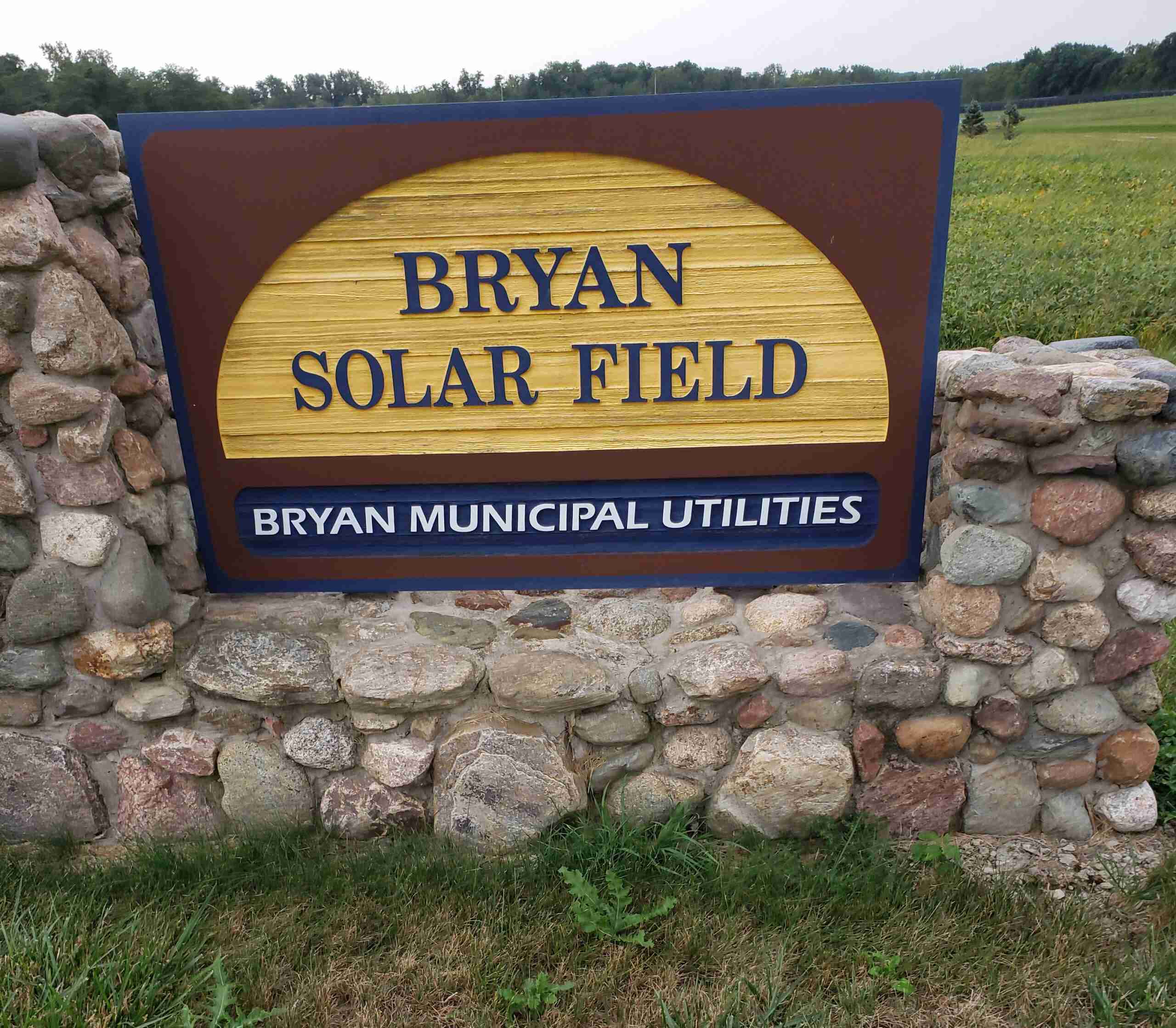 SOLAR PURCHASE … The Bryan Board of Public Affairs recently voted to purchase the solar field from Key Finance, for $397,000. The money will be appropriated to the 2022 Electric Capital Reserve Budget. (PHOTO BY DANIEL COOLEY, STAFF)

Tuesday’s Bryan Board of Public Affairs meeting got underway with the Pledge of Allegiance. All five board members, Dick Long, Karen Ford, Jim Salsbury, Tom Sprow and Annette Schreiner, were present.

First, by unanimous vote, the minutes of the August 17, 2021 meeting, were approved. Next, Nathan Gardner, Director of Utilities, gave a presentation of the solar field located on Route 34. The field is located on property that is owned by the city of Bryan.

Ten years ago, that solar field was purchased by the city of Bryan, for a 10 year term in the Master Lease program.

At the conclusion of the presentation, the board voted unanimously to resolution 30, the purchasing of the solar equipment from Key Finance at the Fair Market value price of 397,000. According to the resolution, the money “will be appropriated to the Electric Capital Reserve Budget.”

The Board then unanimously approved the request to post a Water Department position.

Though two members will be absent for a conference meeting, the next regular Board of Public Affairs meeting will be held on September 21.

Next, the board unanimously approved the semi-monthly disbursements. In final comments made by the BPA and staff, there will be an auction of salvageable items from a condemned building, in a sealed bid auction that will take place on September 23.

The meeting was then adjourned, by a unanimous vote.