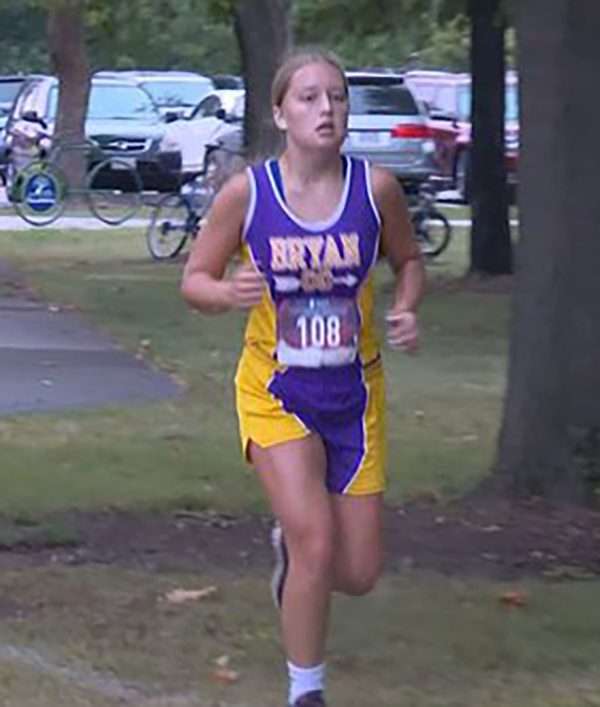 What started out as a normal cross county meet for Bryan’s Adrienne Struble turned into a scary situation about one mile into the race at the Columbus Grove Invitational on September 5th.

“I looked over and I saw the Van Wert runner laying down on the ground and I didn’t really think much of it, I thought she was hurt, maybe her ankle or her knee,” said Struble in an interview with WTVG Channel 13 out of Toledo.

“So I went over and I was just going to ask and make sure, and then I noticed she was unconscious.”

At that point, Adrienne along with three runners from Van Wert, Elmwood, and Lima Bath sprung into action to help their fellow runner. “We decided to pick her up and help carry her out of the woods,” said Struble.

Bryan cross country coach Matt Kaullen said he then saw an ambulance making its way onto the track and noticed Struble wasn’t running through at her normal time.

Initially, Kaullen thought maybe Adrienne was injured, but then got word that she had stopped to help. After the runner was off the track and receiving the proper medical attention, the girls decided to finish the race together.

“It was just really cool we all got to finish around the same time,” added Struble. “Those girls really helped me through and it was really hard and I’m just glad we got to do it all together and that everyone’s OK in the end.”