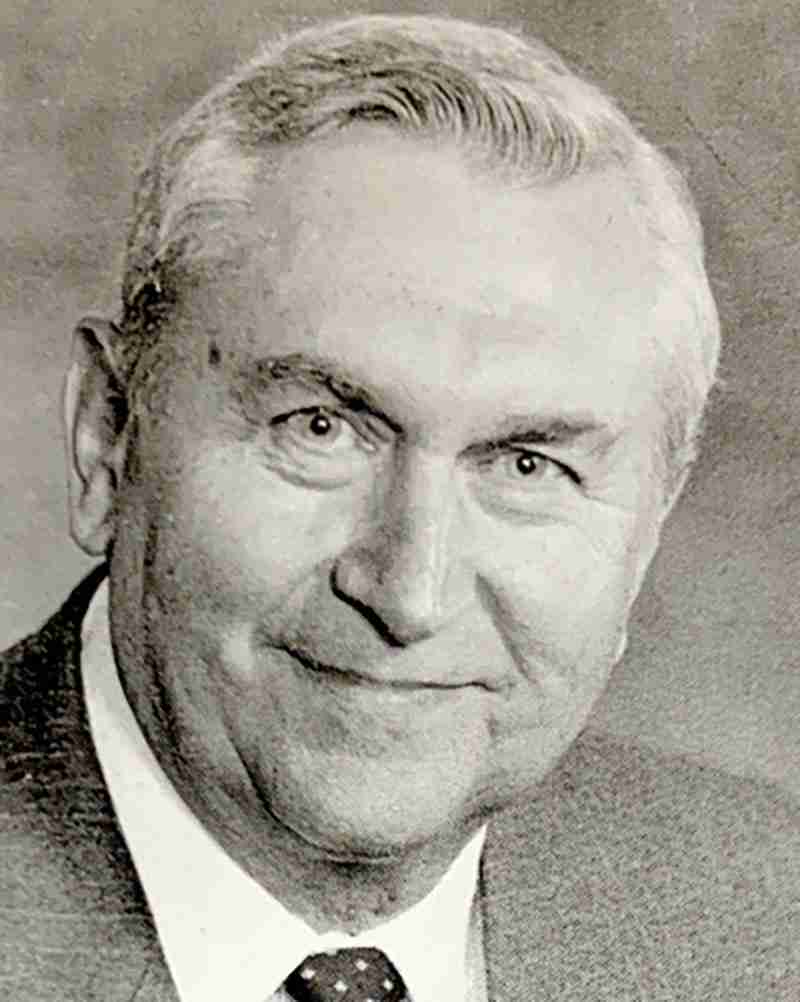 The fourth of five children and eldest son of Sylvanus and Mary (Mamie Schmucker) Lugbill, Chuck was practically “born into” the livestock business, which was started by his father and two uncles.

Chuck began working part-time at the family business at the age of 12 and began his 50 years of full-time employment there at 17.

He eventually assumed the roles of president and chairman of the Board at Lugbill Brothers Inc., which included a livestock auction and Lugbill Supply Center.

By serving in leadership of regional and national livestock marketing associations, he actively promoted the growth of the livestock industry.

He was elected to the Fulton County Agricultural Hall of Fame in 1992.

Chuck loved the community of Archbold. He was a member of the Farmers & Merchants State Bank Board for 31 years, including four years as chairman of the board.

He was a long-time member of the local Chamber of Commerce. For 67 years, he was actively involved in the Archbold Rotary Club, which often honored him for his service as the last surviving charter member.

Chuck was an avid supporter of Archbold High School academic and extracurricular programs, especially boys’ and girls’ athletics, and was on the selection committee for the Archbold Athletic Hall of Fame. He was selected as the 1988 Archbold Citizen of the Year.

Chuck trusted Jesus Christ as his Lord and Savior at the age of 19 and was baptized and became an active member of what is now Archbold Evangelical Church.

There he held several positions including Church Chairman and Deacon. He was on the denomination’s General Executive Board and Chairman of its Overseas’ Missions Board.

His close relationship with Jesus Christ and with his family were the most important elements of Chuck’s life. In their retirement years, Chuck and Shirley enjoyed spending time with their children and grandchildren and making memories, especially at Siesta Key, FL. He is survived by his two sons, Jerry (Sandra) Lugbill of Archbold and Tim (Carolyn) Lugbill of Fairfax, VA; five grandchildren, Lisa (James) Nichols; Elizabeth (Joshua) Pegram; Nathan (Jessica) Lugbill; Christian Lugbill; and Colson Lugbill; eight great-grandchildren; one brother-in-law Dean (Maryann) Rupp of Archbold; one sister-in-law Viva Lugbill of Boulder, CO; and several nieces and nephews.

There will be a time of visitation on Tuesday, August 23, 2022, from 2:00 to 7:00 p.m. at Archbold Evangelical Church. Following a private interment service at Pettisville Cemetery, there will be a Celebration of Life memorial service at 11:00 a.m. on Wednesday, August 24, 2022, at Archbold Evangelical Church with Nathan Lugbill and Roger Andrews officiating.

In lieu of flowers, the family suggests that memorial contributions be given to Archbold Evangelical Church, CPC Women’s Health Resource, Bryan, OH, or CHP Hospice.

Online condolences may be offered to the family at www.grisierfh.com. The Grisier Funeral Home of Archbold is honored to serve the Lugbill family.