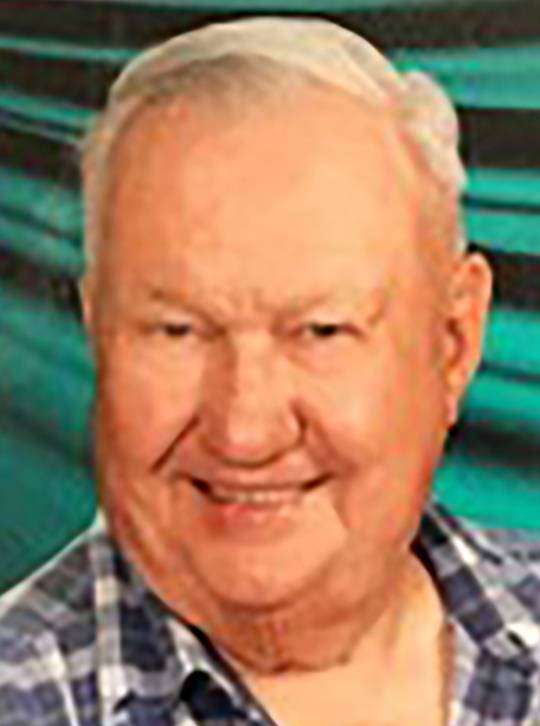 Cloard “Nick” Thiel, age 87, of Edgerton, Ohio, passed away at 5:45 A.M. on Sunday, July 26, 2020, after a brief illness. Mr. Thiel was a 1950 graduate of Edgerton High School and was a veteran of the United States Air Force. He was employed by The Aro Corporation in Bryan, retiring with more than forty years of service.

He was a member of St. Mary Catholic Church,  Knights of Columbus Council #1494 and John D. Smith Post #10 of the American Legion, all in Edgerton. An avid golfer, Nick had scored three holes in one since the age of eighty and also enjoyed working on and making golf clubs and working on cars with his brother.

Surviving in addition to his wife are their children, Lynette Stewart, of Indianapolis, Indiana,  David (Sandra) Thiel and Lori (Cliff) Winebar, both of Edgerton, Dennis (and his fiancé, Reba Dallas) Thiel, of Pettisville, Ohio, Christine (Todd) Tomlinson, of Williams Center, Ohio, and Tracy (Rex) McKelvey, of Montpelier, Ohio; eleven grandchildren; twenty-one great-grandchilden; one great-great-grandchild; one sister, Dolores Dangler, of Edgerton; and two sisters-in-law, Margaret and Barbara Thiel, both of Edgerton.

He was preceded in death by his parents and two brothers, Cletus and Darrel Thiel.

Mass of Christian Burial will be held on Thursday, July 30, 2020, at 11:00 A.M. in St. Mary Catholic Church in Edgerton with Reverend Daniel Borgelt officiating. Interment will follow in St. Mary Catholic Cemetery, Edgerton, with grave side military rites conducted by John D. Smith Post #10 of the American Legion and the United States Air Force Honor Guard.

Due to the ongoing pandemic restrictions, recommended social distancing and occupancy for the church will be observed.  The wearing of masks is encouraged. Anyone showing any symptoms of infection may share their condolences by phone, email, text message, or leaving a condolence on the funeral home website.

Memorials are requested to St. Mary Catholic Church or School or to the Alzheimer’s Foundation.