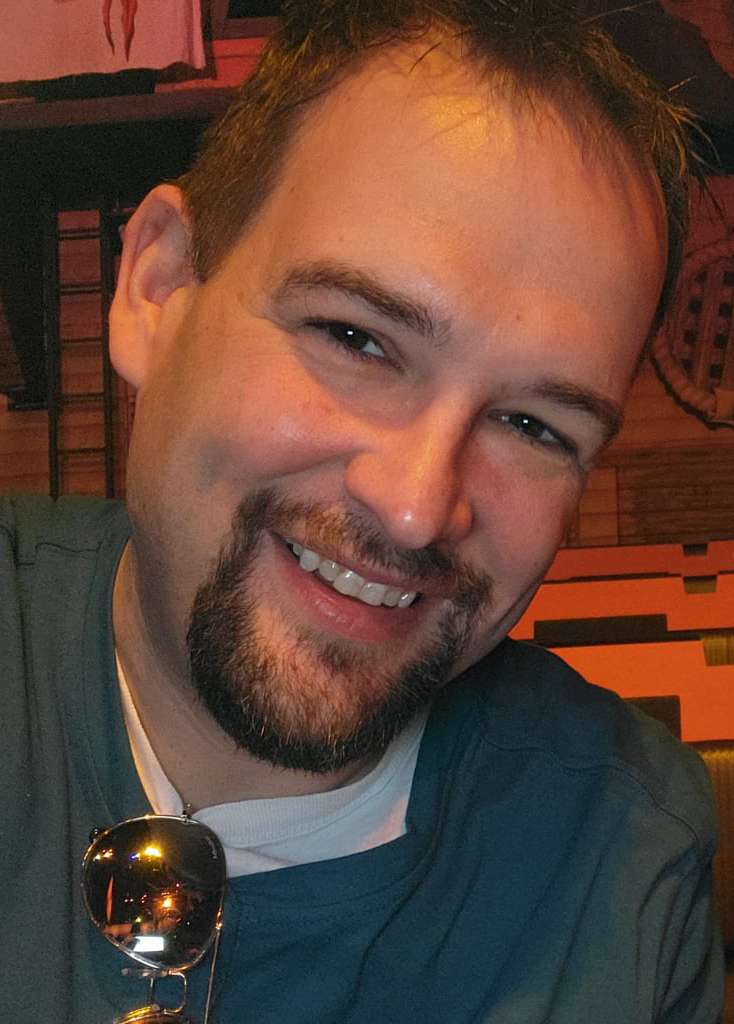 ELECTRIC GREEN VEHICLES – I hope one day we can switch to electric. From what I can tell we are nowhere close. Electric stations are fueled by large dirty diesel generators and take up odd space making me question just how “green” they truly are. Last week I saw a report that 1 out of 4 charging stations in San Francisco, a popular area of the country for electric vehicles due to government forced “encouraged” regulations, were out of order. Hopefully, someday we can make a major shift towards electric as it is a great environmental goal.

According to reports from earlier this year and despite so many in the political arena pushing for this move, “Less than 1% of the 250 million cars, SUVs and light-duty trucks on the road in the United States are electric.” I think many in the media and political realm make it sound like we are closer to being able to make a major shift over to electric than is factual. Small steps, I will be curious to see how progress develops in this area in upcoming years as we struggle with shortages around the country.

My wife and I were in the market for a minivan last year and I was hoping to go in this direction. I did research and everything sounded great, I had my mind made up to go electric. You pay a little more initially but then big savings over the lifetime of the vehicle was supposed to kick in, obviously from fewer charges at the pump. However, after talking to several dealerships in Northwest Ohio, it was a LOT more up front, the savings were minimal when adding in maintenance, you lose space and seating due to battery space, and though they were yet to have an issue, if the batteries had a problem they could not guarantee a fix due to the shortage meaning your new vehicle was dead in the water.

Maybe we will circle back around and see what changed in this area five years from now to see if the move is realistic for a family of five. I’ve talked to a few people online in the last year that own electric and it works great for them, so we will see.

FACEBOOK INSANITY (ANOTHER WEEK) – If you have read my past few columns, you have noted some strange decisions made by this social media giant concerning what they consider violations of their policies concerning our social media local news postings. To add to my prior two columns mentioning posts they flagged, we can now include: (1) The Grand Opening Of Oaks Lactation & Wellness; (2) The Montpelier Rotary honoring a long term member; (3) K9 Donated to the Williams County Sheriff’s Department; (4) Area Schools Compete At The Div. III Track & Field Competition @ Ayersville. The social media giant continues to attempt to dictate news content. I have appealed each time and sure enough, within an hour an email arrives stating they stand by their decision.

REMEMBERING BEN WESTFALL – I was sad to hear of the passing of long-time West Unity businessman Ben Westfall last week. I never told him, but when I bought The Advance Reporter back in 2001 and opened a storefront in my low 20’s in West Unity it was a scary time. I can remember one of the first days being open for business a plant arrived at the office from Ben Westfall and the entire team at Westfall Realty welcomed me to the business district. The gesture twenty-plus years later has stuck with me, it meant a lot. Strange how you remember things like this as the years pass by. Though after retiring to Florida I fell out of contact with him, he will always remain one of my favorite people.

One local reader stated as a response to my column last week after they did some of their own investigation, “The Post Office had just found The Village Reporter newspapers in the bottom of a box, they were under a bunch of magazines…..and the lady went on to tell my husband that she just couldn’t guarantee that they could get our future papers delivered before Tuesday of the following week that they arrived at their post office.” I have reported this issue to higher ups at the Post Office and am awaiting a response.
As my column last week stated, there is a push to return the large distribution center from Michigan to Toledo as mail, especially newspapers are constantly being lost. The good news is a high percentage of our readers do report getting their weekly newspaper on either Wednesday or Thursday, it seems the main issues are with newspapers outside Williams and Fulton Counties which have to go to the SFC Center in Michigan per post office rules.

I want to state again, as I did in my last column, we offer the full color E-Edition via email to ALL subscribers that have signed up. The E-Edition arrives soon after we complete the edition, no hold up by mail delivery. If you have a subscription this free service is available, simply email casey@thevillagereporter.com to obtain your login and password information. I know a lot of readers only want the print edition, but this is a good one / two punch that allows the edition to reach you as fast as possible.

Comments made online this week from viewers reading my prior column on the subject stated:

–Great editorial! I am not on FB but if you decided to just have a digital paper instead of a physical copy for some or all of your subscribers I would be on board with just getting mine digitally. Hopefully, Mr. Latta and some of his colleagues will be able to get changes to our service made. Not a fan of making it private. I think it would make it more difficult for people in rural areas to be able to get their mail and send it and it could be cost prohibitive for many.

CAUGHT MY EYE – Overall only about 2 in 10 adults say the U.S. is heading in the right direction, down from 3 in 10 in April. These drops were concentrated among Democrats with 33% indicating the country is heading in the right direction, down from 49% in April. I do not know what the answers are, but I can tell you that the environment has a heavier feel than any time I can remember in twenty years of business including the prior recession. I try to be a glass-half-full type of guy but think it is entirely possible gas could break the $5.00 per gallon mark locally by Memorial Day and the market is shaky at best with retirement funds in jeopardy, I hope I am wrong.

JOIN ME IN PRAYER? – Ya, some of you may think this is wonky and maybe shouldn’t even make this column. That’s okay. For the rest of us, will you join me in praying for our graduates we are featuring in the three graduation sections (from Williams and Fulton Counties)? As I edit, I try to say a silent short prayer for each kid.

Graduation is an amazingly exciting time in their lives as they enter the next season of life. But there will also be many traps and hardships awaiting many. I know I went through some major growing and maturing pains at that age. I may have had the 6 foot 4 / 235 lbs body when graduating at 17 years old but reflecting back my maturity was that of a junior high kid. Mistakes were made in my life and even though I was not a person of faith at the time, I had countless people in my circles praying for me and I believe looking back the Lord heard these prayers.

Please pray for safety and guidance for these beautiful young graduates as they make this transition. Congratulation goes out to the Class of 2022!

BICKERING – Couples bicker over much in life. Some over a college rivalry. Some over politics. Some over child discipline techniques. My wife and I argue whether Angel Soft is, or is not, a top toilet paper brand. This was a Facebook post that I made last week just trying to breakup a stressful week, thinking it was funny. WOW, people are passionate about their choices and which TP is best and/or even allowed in their house. I thought politics was a subject matter most people like to fight over, just bring up which TP is best. The Ohio State and Michigan fans will put their differences aside and live in harmony before Quilted Northern and any other brand of people get along, lol.

TIRING TIME OF YEAR – I am not going to lie, this time of year is the most exhausting at the newspaper. Most weekly newspapers average 8-12 pages a week, when we push out 50, 60, 70 pages it wears our staff down. It is rewarding being able to provide this level of news in May but with our Graduation Tributes and Memorial Day coverage added to an extremely full coverage schedule (end of school year material), our team is “third pot of coffee” kind of tired. I learned a long time ago in this line of work there is physically tired and then mentally. If you a physically tired a good meal followed by a solid night of sleep allows a person to wake up refreshed. When you mentally get worn down it is a whole different battle that has a much longer recover period.

With this stated, I want to give our team a shout-out. Of course in our line of work, we all need to pay the bills at home and have our professional careers to be concerned about. But I have noticed over the years that those on our crew that work their tail ends off to make these large May editions possible, do so for more than just a paycheck. I believe most on our team do so because they desire to make our communities a little bit better by highlighting local news activities on why life in Northwest Ohio, while a little slower than much of the world, is a great place to live.

Thank you goes out to our sale team, delivery, processing, editing writers, photographers and management. You guys are amazing, Casey and I appreciate you as owners and I believe the community does as well.

I would also like to give a shout out to our youngsters as “mommy and daddy” work double shifts and miss us. Some slower months are ahead and I hope to catch up with them via some camping.

CAUGHT MY EYE (WATCHING LIVE) – These open Congressional discussions on UFOs last week have been interesting to watch. Most of my life, what they are openly talking about, has mostly been reviewed among conspiracy theorists, as the general public has laughed at those discussing unknown objects in the sky.  Maybe this should be a future column topic on its own.

Do you agree or disagree with me? Have thoughts? Send a note if you like, publisher@thevillagereporter.com.

Be the first to comment on "Column: Tiring Time Of The Year – Graduation Season In Full Swing"