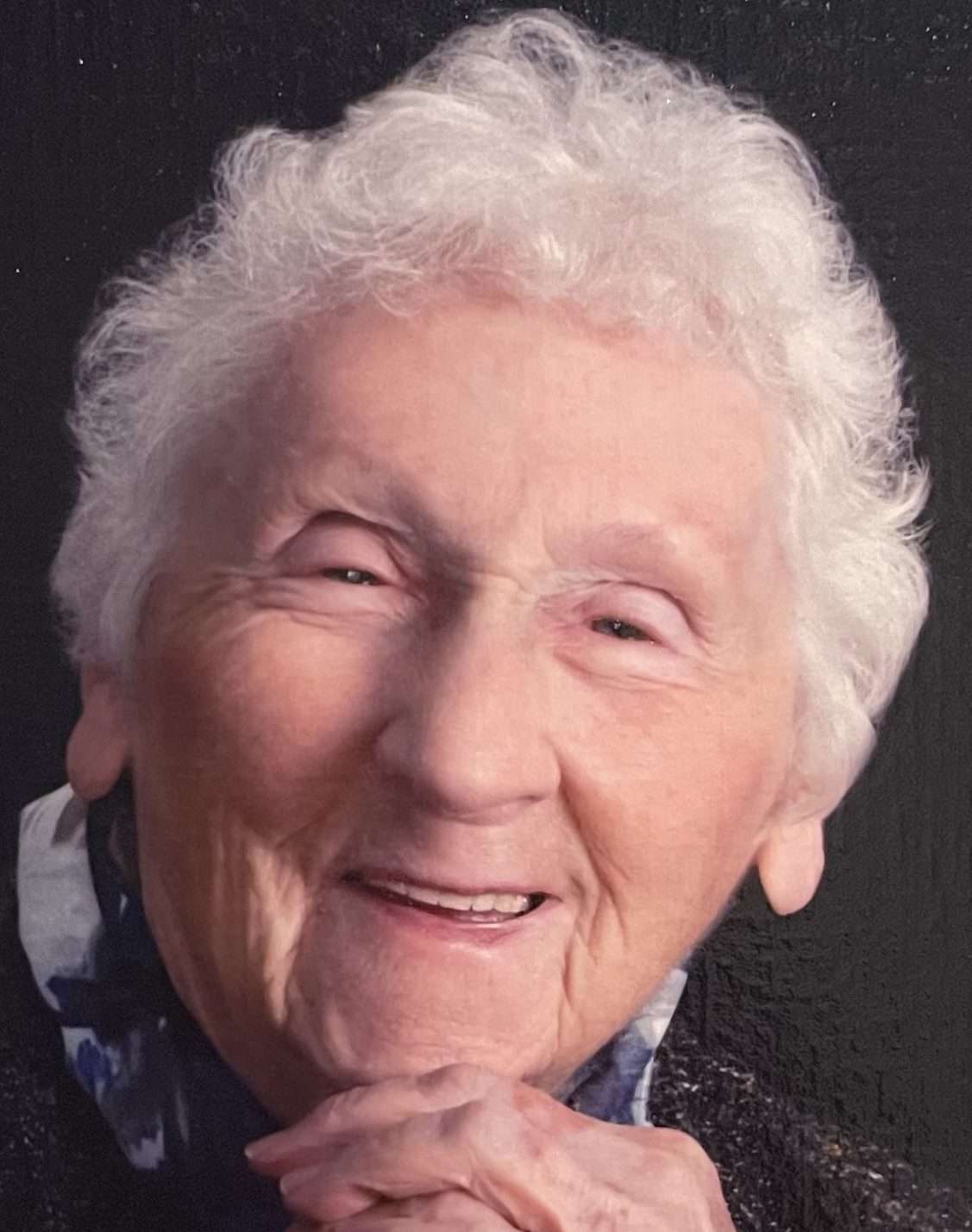 Dorothy Mae Natter, age 95, of Swanton, Ohio passed away peacefully surrounded by her family on Wednesday, February 9, 2022, at the Embassy of Swanton.

Dorothy was born the only child to John W. and Susie O. (Patterson) Werner on March 28, 1926, in Hannibal, Missouri.

She married the love of her life, William R. Natter on February 9, 1946. Dorothy helped William run the plumbing business while at the same time raising their 9 children.

He preceded her in death in 1980. For many years as well, Dorothy worked as a bank teller at First National Bank, a store clerk at IGA and worked at Maumee Quickprint.

Dorothy was a member of St. Richard Catholic Parish and was very involved with the Rosary Altar Society and funeral dinner team.

She was very talented at sewing American Girl doll clothing and crocheting afghans for all her family to keep themselves cozy.

Most of all Dorothy looked forward to spending time with her children and her grandchildren.

Besides her husband, William, Dorothy was preceded in death by her parents and daughter, Susan E. Hall.

Visitation will be held Monday, February 14th from 2 to 8 p.m. at the Weigel Funeral Home in Swanton, where a Vigil Service will begin at 7:00 p.m. Prayers will begin in the funeral home on Tuesday, February 15th at 10:30 a.m., followed by a Mass of Christian Burial at St. Richard Catholic Church at 11:00 a.m., with Fr. Eric Culler presiding. Interment at St. Richard’s Cemetery will be held at a later date.