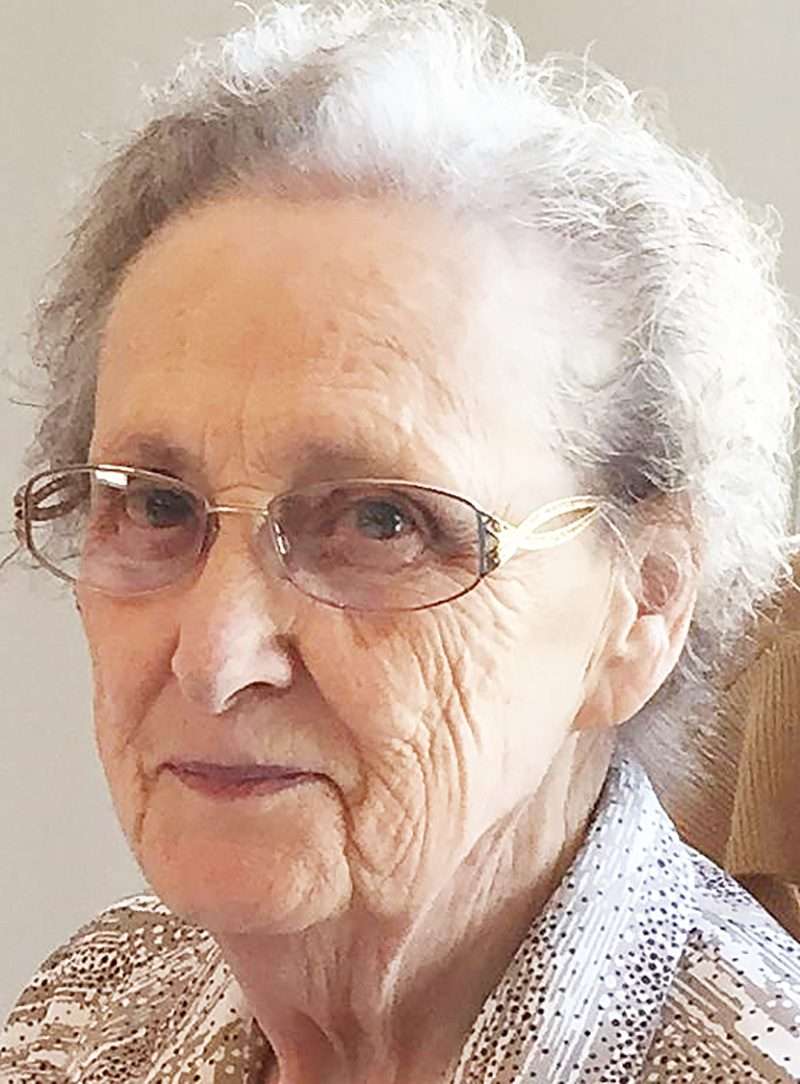 Mrs. Ray was a 1945 graduate of Montpelier High School and was employed by A & A Poultry Farms for many years before going to work for Schlegel West Unity until her retirement.

She enjoyed reading, needlework, and gardening in her flower and vegetable gardens. She was an avid garage sale attendee and flea market shopper. Most of all, she enjoyed spending time with her family.

Dorothy Ellen Ray was born in Hobart, Indiana, on June 7, 1927, the daughter of Orville C. and Vesta L. (Edwards) Woolf.

She was preceded in death by her parents; her son-in-law, George Herman; grandson-in-law, Charles Wank; brother-in-law, Robert Dome; and two brothers, Arthur and Larry Joe Woolf.

In keeping with Dorothy’s wishes, services will be private with interment in Shiffler Cemetery near Bryan, Ohio.

Memorials are requested to the Williams County Humane Society or a charity of the donor’s choice.