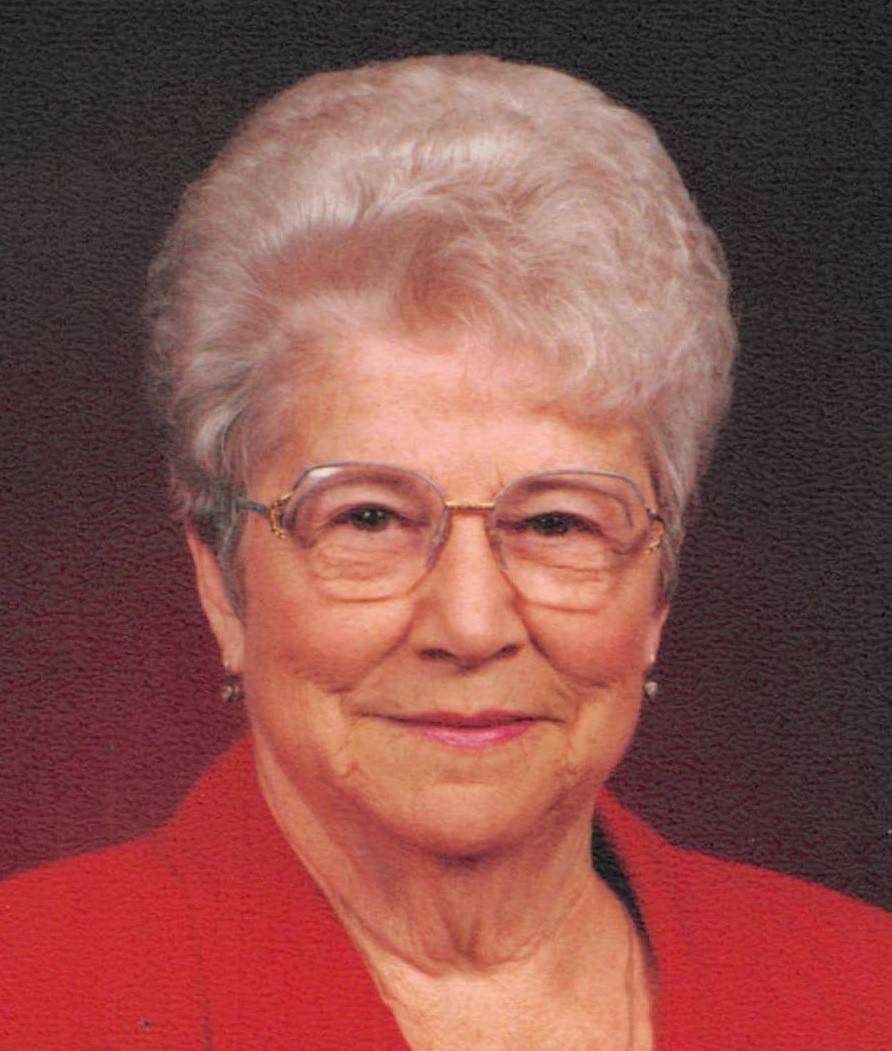 Dorothy graduated from Montpelier High School in 1941 and went on to attended International Business College in Fort Wayne, IN. On March 11, 1949 she married Harold L. Schlegel in Rawson, OH and he preceded her in death in April 1977.

Dorothy was a bookkeeper for many years for the Montpelier Creamery until it’s closing in 1948 and then worked for Louden Department Store until it also closed in 1974. She then began work as a secretary for Mohawk Tools in Montpelier.

Dorothy was a member of St. Paul’s United Methodist Church in Montpelier, where she was very active in the church community at one time. She was also a life time member of the Williams County General Hospital Auxiliary.

A visitation for Dorothy will take place on Tuesday, February 18th from 1:00-3:30pm at the Thompson Funeral Home in Montpelier. A funeral service will follow at 3:30pm at the funeral home.

Donations may be made to St. Paul’s United Methodist Church or the Montpelier Senior Center. Online condolences may be left at www.thethompsonfuneralhome.com.