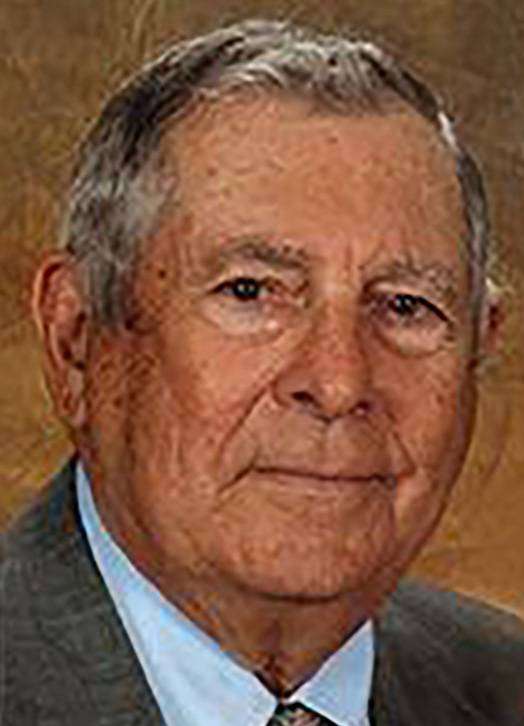 He is survived by his children, Thomas and his wife Amy, Michael and his wife Nedra, Peggi and Jeffrey P.; grandchildren, Jeffrey T., Todd, Scott and Kevin; and daughter-in-law, Kris.

Fred was hired at Ashland College in 1959 by then-athletic director Robert Brownson and President Glenn L. Clayton. He served the institution for 39 years as professor, football coach, athletic director and department chair. He retired from coaching in 1993 and continued teaching until 1997. In 1994 and 1995, he was elected president of the faculty senate.

In all of the above, Dr. Martinelli was part of a staff and administration that adopted a guiding philosophy, revised the curriculum, planned and recommended space needs for the Physical Education and Athletic Center, Conard Field House, the Wurster Fitness Center and hired staff for programs in physical education and athletics. In each category, Ashland achieved excellence at the state, regional and national levels.

Fred served as athletic director as Ashland transitioned in 1980 from NCAA Division III to NCAA Division II. He was responsible for conference affiliations in the Heartland Collegiate Conference, the Great Lakes Valley Conference and the Midwestern Football Conference.

In 1995, Ashland became affiliated in all sports with the Great Lakes Valley Conference, acknowledged as one of the nation’s prominent Division II affiliations.

As football coach at Ashland for 35 years (1959-1983), the Eagles compiled a record of 217 wins, 119 losses and 12 ties. They won five Heartland Conference Championships, five Mid-Ohio Championships and were undefeated in 1967 and 1972. The 1986 team was the first to be selected for NCAA Division II play.

In this era, 72 players received All-American recognition, eight received Academic All-Americans, three received NCAA post-graduate scholarships, while two received National Football Foundation scholarships. Bill Royce was the first player from Ashland in the GLIAC to be selected to the College Football Hall of Fame in 2016.

In recent years, he was involved with others in the concept and fundraising for the Dwight Schar Athletic Complex. Facilities for football, soccer and track are unparalleled by college division institutions.

The football venue, Jack Miller Stadium/Martinelli Field, provides the ultimate efficiency for players, coaches, fans and media. Fred was recognized by his peers in many aspects of his professional life. Among these were selection to the National Football Foundation and College Football Hall of Fame in 2002. This was one of eight such honors.

He received six Lifetime Achievement Awards and was recognized by Ohio’s governors and legislature. He was a member of First United Methodist Church in Ashland where he served as an usher and trustee.

A memorial service will be held at 11 a.m. on Saturday, June 12, 2021, at First United Methodist Church, 220 Cottage St., Ashland. The Rev. Dr. Allan Bevere will officiate the service. Following the service, the family will meet with attendees. In lieu of flowers, contributions to First United Methodist Church or Ashland University Student Scholarships are suggested.

The Ashland Home of Wappner Funeral Directors is honored to serve the family. Words of comfort may be expressed to the family at www.wappner.com.