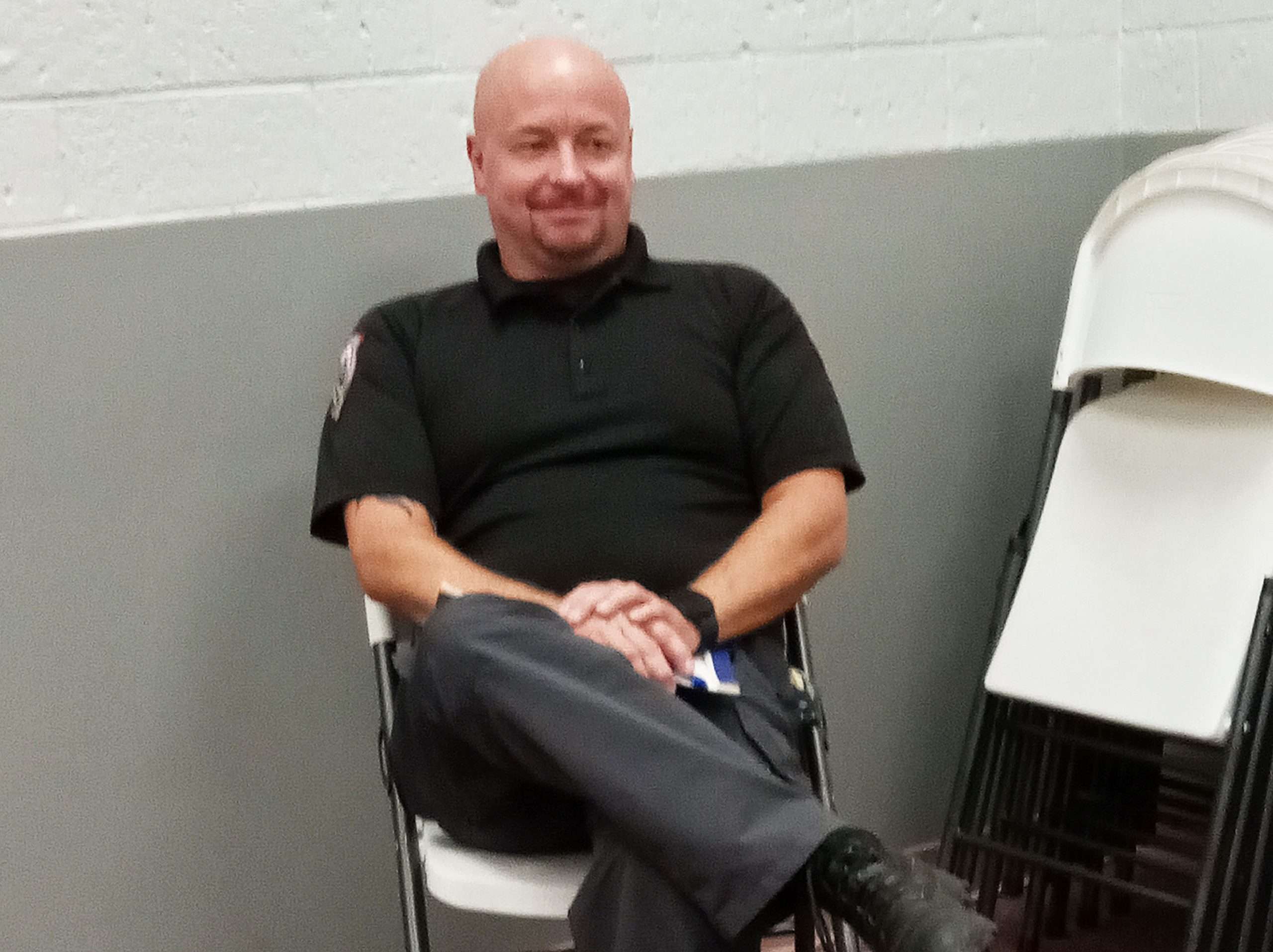 CERTIFIED K-9 … Edgerton Police Chief Gary Plotts stated that K-9 Jax has been going through a lot of training and the Plotts hopes to have Jax certified in October. (PHOTO BY JACOB KESSLER, STAFF)

First, council approved the minutes from the previous meeting of September 6.

In the mayor’s report, Day gave thanks to the public service committee for their cleanup work last weekend at Miller Park. Day also said that the village is in the process of painting the rest of the fire hydrants in the village.

Village Administrator Dawn Fitzcharles reported that the sidewalk project on Oak Street has begun. The project will run from Gearhart to East River Roadon, both sides of the road.

Fitzcharles also stated that the OPWC Funding Committee will be holding a meeting on October 4. In addition, the cemetery levy has been approved.

Fiscal Officer Denise Knecht reported that the credit card statements are all out. Council then approved the motion to pay the bills.

In the police report, Police Chief Gary Plotts stated that K-9 Jax has been through a lot of training sessions lately and he hopes to have Jax certified in October.

That was followed by council accepting the resignation of part-time probationary general laborer Scott Cheeks.

Council then approved the motion to advertise for the part-time probationary general laborer position.

The week celebrates the Edgerton Electric Department’s year-round service to the village which began in 1903. The yearly celebration started in 1986.

Council then approved Ordinance 1109. The ordinance, with an amendment, authorizes for Parcel Two to be transferred to the Williams County Land Bank with an immediate effective date.

Next, Mayor Day said that he is making a library in his office, based on the materials that Dons Buchs has passed on to him.

Day also stated that they are looking into having a parade to bring Santa downtown.

The event will include tree lighting, visiting with Santa, and music. The tentative date is November 26.

The next regular council meeting will take place on October 4, at 7 p.m.