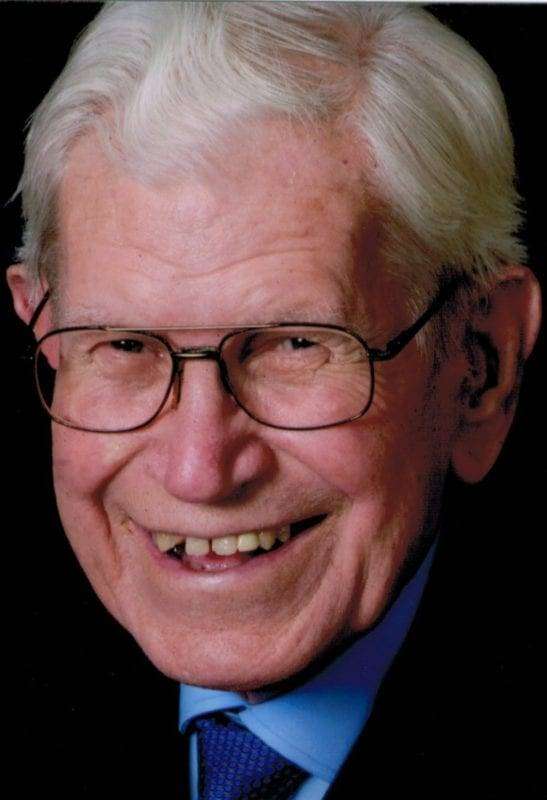 Ezra L. Kohli, age 90, of Wauseon, passed away on Friday afternoon, December 19, 2014 at Fulton Manor in Wauseon. Ezra was born on September 4, 1924 to the late Abraham E. Kohli and Nellie (McMillan) Kohli. He was a graduate of Lyons High School in 1942. On November 4, 1944 he was united in marriage to June E. Eberly and they shared 60 years together before her passing in 2005.

Ezra served in the bottled milk business from 1942 – 1960. During those years served milk routes and worked for Evaporated Milk, Andrews Dairy, Nofzinger Dairy Farm and Sterling Creamery. In later years he worked as a fertilizer salesman for Aldo Soil Service, Landmark; serving as General Manager from 1971 -1978 and Agri Enterprises before retiring. He attended the First Baptist Church in Wauseon for over 48 years. In addition to his parents and wife, June, Ezra was preceded in death by his daughter-in-law, Roberta Kohli in 2012 and his sister, Fern Wyse.

In lieu of flowers, contributions may be made to the First Baptist Church in Ezra’s memory. Online condolences may be sent to the family through our website at www.barnesfuneralchapel.com