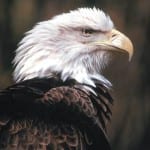 MORENCI – The Fayette Eagles boys varsity squad took their talents to Morenci on December 22 to take on a tough bunch of Bulldogs. It was a tight game throughout and each team made their share of runs, but the visiting Eagles made more plays down the stretch to come out with the 45-43 victory.

Fayette was clearly the more aggressive team, getting to the charity stripe 19 times (of which they made 12), compared to Morenci’s 7 (of which they made 6). It was this margin that was the widest in the game and though the Bulldogs converted a higher percentage of their attempts, the Eagles gained their edge by sheer volume of free throws.

Chandler Sanford had a big night for Fayette, scoring 18 points to lead not just his own team but all scorers in the contest. Cole Burkholder also had a solid night with 8 points with Logan Franks and Zayne Colegrove contributing 6 and 5 respectively.