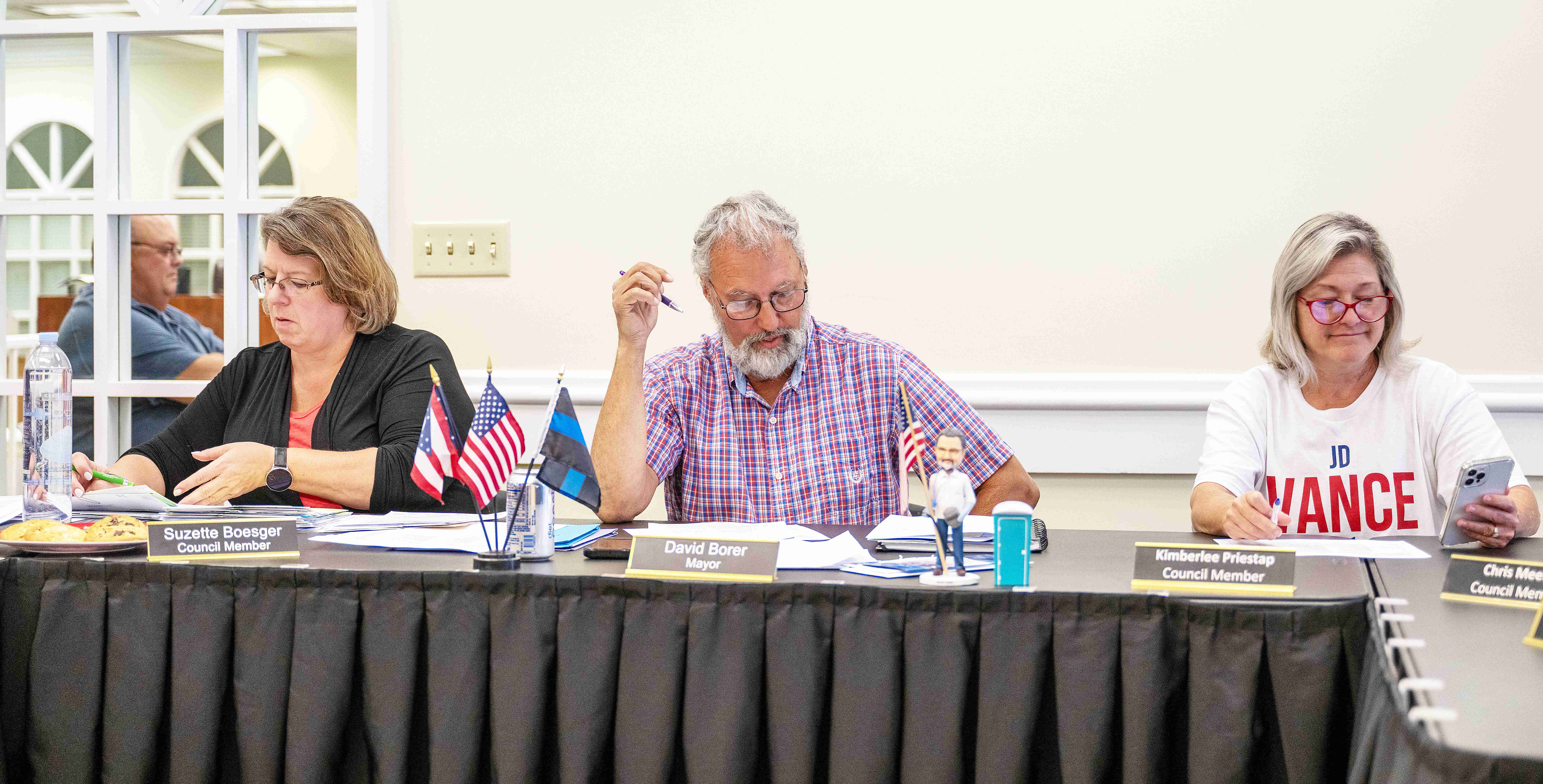 FILLING A VACANCY … Among the items approved by council was the hiring of former West Unity Village Administrator Ric Beals as the new administrator in Fayette. (PHOTO BY JACOB KESSLER, STAFF)

The Fayette Village Council held their meeting on Wednesday July 27th. The meeting began at 6:00 p.m. with a prayer and the Pledge of Allegiance. Council first moved to approve the following meeting minutes.

Brittany Theis spoke first regarding and update for Bull Thistle Festival. As of the meeting, 35 entries were made to be in the parade. 34 vendors have also signed up to have booths so far and the bands are a go.

Another visitor spoke to council and let them know that two Marines are walking from coast to coast and that they will be passing through Fayette. The question of having people there to greet them as they came through was proposed.

Mayor David Borer then spoke to the owner of the old grocery store near the village offices. It was stated that they are currently putting in cement blocks. The plan is to put in a daycare center for part of the building.

Two other parts of the building may also be available with plans to make one part a small restaurant. The other part has not yet been decided. It was also stated that these plans are subject to change.

Moving to the mayor’s report, the CHIP program was discussed with it being stated that it is a grant and loan program to help lower income individuals with their homes.

The mayor also stated that there will be another round of money coming in 2023. Mayor Borer then read an email from Brittany Theis that gave thanks to council and village employees.

A letter was also read that came from FCHC to let more people know about the Urgent Care the hospital has opened.

It was then stated that a ribbon cutting will be held at the Sunoco on August 5th at 11:00 a.m. The mayor then stated that on April 8th, 2024, schools in the area will be closed and there will be no cell phone service in the afternoon.

It will also be completely dark that afternoon around 3:00 p.m. due to a total eclipse of the sun.

Council next moved to approve the list of bills as presented before moving back to the mayor’s report.

Mayor Borer moved to recommend that the council hires Ric Beals as the Village Administrator which was approved. Council then moved to approve the following Resolution and Ordinances.

The Second Reading for Resolution 2022-06 authorizing the Village Administrator, Mayor, and Council to execute amendments to the School Resource Officer Interagency Agreement with the Fayette Local School District and declaring an emergency.

The Third Reading for Ordinance 2022-04 to enact Chapter 549.12 of the codified Ordinances of the Village of Fayette, Ohio regarding the discharge, ignition or explosion of fireworks within the village.

A motion to allow the mayor and/or Zach Lester to sign the 2022/23 contract with Corrpro for Cathodic Protection at a cost of $1,640 and for 15-point tank review at an additional cost of $1,190.

A motion to hire Ric Beals at a salary of $50,000 annually, to grant two weeks of vacation and two personal days for 2022 and to grant seventeen years of prior service credit.

The agenda item of Police Chief Jason Simon asking for comp. time saw no action taken. Ohio State Representative Jim Hoops then spoke to council and asked if anyone had any questions about anything going on in the area.

Following the short discussion, council moved to adjourn at 6:40 p.m.