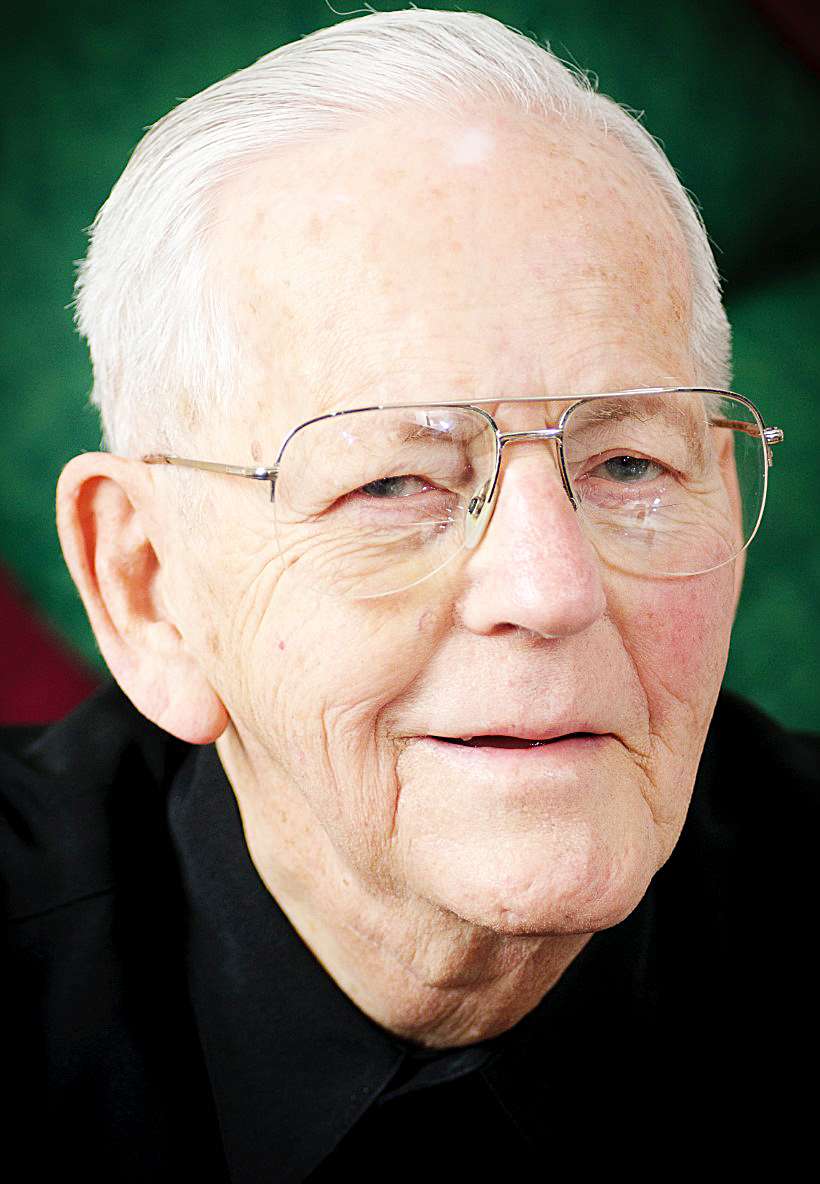 He was born on June 11, 1921 in Montpelier to Frank and Della (Shasteen) Copeland.

George graduated from Montpelier High School in 1939.  In January 1941, he enlisted in the U.S. Army Air Corp.

He served with the 910th Signal Service Battalion in England and France. George received an Honorable Discharge on December 25, 1945.

George began working at the age of 10 to help support his family.

As a high school student, he worked at Foust’s Drug Store, operating the telegraph along with performing other duties, until he began his military service.

After returning from the military, he worked at several jobs before joining the U.S. Postal Service.

George worked at the Montpelier Post Office from 1947 to 1980, serving twenty years as a clerk and another thirteen as a rural carrier.

He worked weekends for ten years as a salesman in the furniture department of Louden Department Store.

George loved his family, was a good friend to many, had a good work ethic, and set an example of fairness and honesty.

His quick wit and friendly nature endeared him to all, including the staff at Hillside where he and Doris had resided since 2010.

Along with being an avid reader and gardener, he enjoyed playing tennis, cards, board games, billiards, bass fishing, and bowling.

George was a long-time member and servant at First Presbyterian Church in Montpelier.

There will be no visitation. A private memorial service is planned for November 12th. George will be laid to rest at Riverside Cemetery in Montpelier.

Memorials may be made to the First Presbyterian Church of Montpelier or Hillside Country Living Activities Fund.