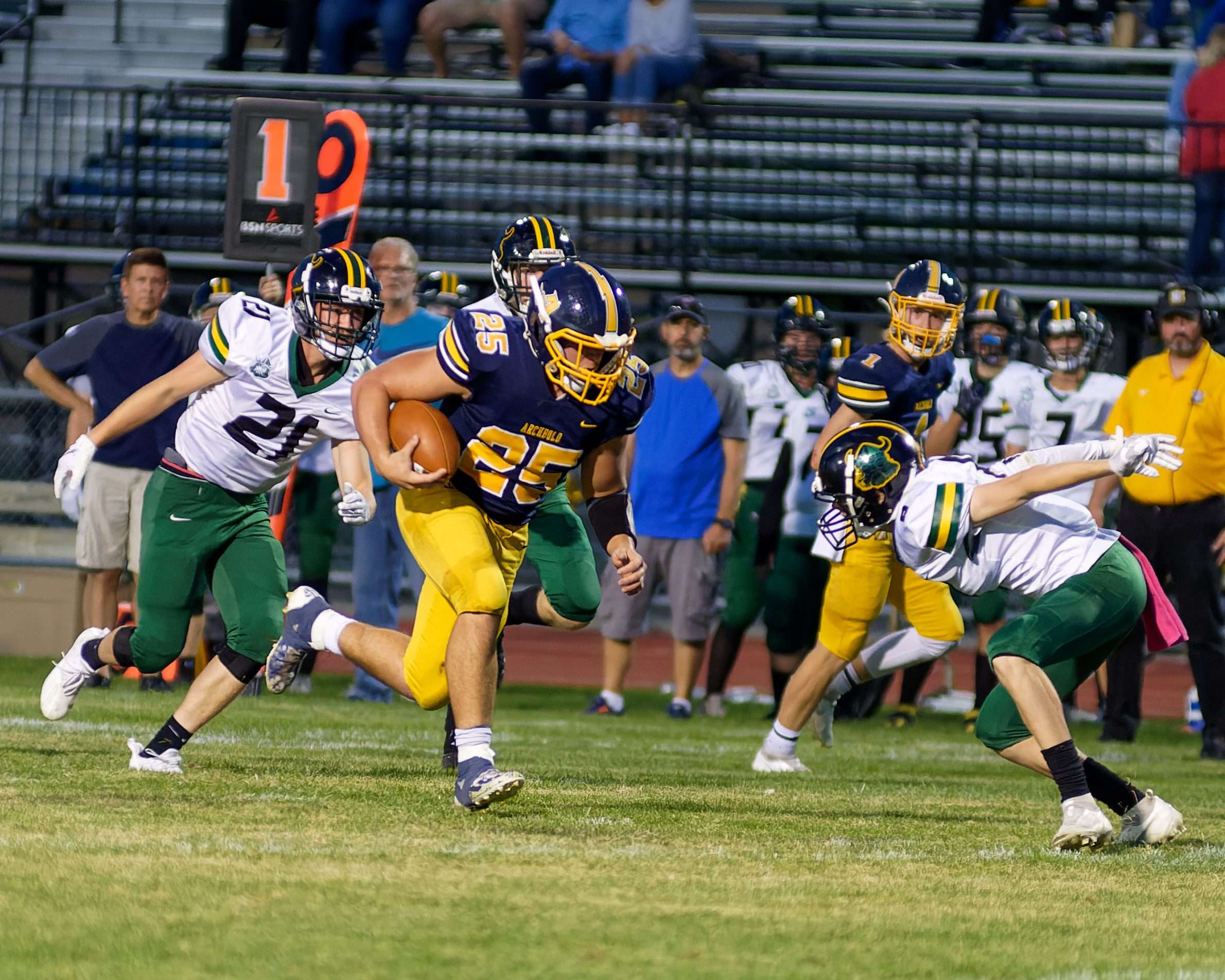 There are plenty of games in week nine with playoff implications starting with the Edon Bombers in Division VII Region 26. Edon, who is currently No. 2 in the region, will travel to Lakota to face the Raiders who are No. 9 in Division V Region 18.

Also in D7 Region 26, Edgerton is in a must win situation as they travel to Antwerp. Edgerton is No. 20 currently and must win their last two games to have any shot at moving up.

Division VI, Region 22 finds Delta and Evergreen still with chances at the playoffs with Evergreen facing the longest odds.

Evergreen holds the No. 18 position currently despite being 2-6 and obviously need to win their last two games (vs. LC, @ Swanton) and will likely need help to get in considering a win over 0-8 Swanton will not help Evergreen.

Delta sits at No.14 in the region as they face games at Liberty Center and Patrick Henry to end the regular season. Both of those games will be loaded with computer points for Delta so if they can manage to pull off two wins, their 6-4 record would give them a good chance of sliding in.

In Division IV Region 14, Bryan is currently No. 18 as they face Swanton this week and then take on Wauseon next week.

Depending on what happens in week nine, the Bryan-Wauseon game could have a playoff spot on the line.

It’s another meeting between the Fulton County rivals that will have an impact on the NWOAL championship race. Archbold enters the game at 5-0 in the league with Wauseon and Liberty Center a game back at 4-1.

A win by Archbold guarantees them at least a tie for the league title and if Liberty Center would be upset by Evergreen, then Archbold would win the title outright with one league game remaining.

Archbold has steamrolled through their schedule including wins the last two weeks over Evergreen (47-0) and Swanton (56-0). The Bluestreaks defense hasn’t given up a touchdown since September 17th against Liberty Center.

Wauseon comes in on a four-game winning streak, outscoring their opponents 123-27 during the stretch, including wins over Patrick Henry and Delta.

The weather appears that it will be a factor for the second straight Friday rain is in the forecast.

Wet conditions could favor the Bluestreaks who have shown the ability to run the ball while Wauseon has struggled to run the ball consistently, with the focus of the offense being getting the ball to their wide receivers.

As far as the playoffs go, Archbold is in good shape in Division VI Region 22 as they hold the top spot and are chasing a top four finish so they can host in the first two rounds of the playoffs.

Wauseon is 11th in Division IV Region 14 as they try to work their way into the top eight so they can host a first round game.

With Archbold and Bryan left on the schedule, wins in both games would put Wauseon in the thick of the race for the top eight.