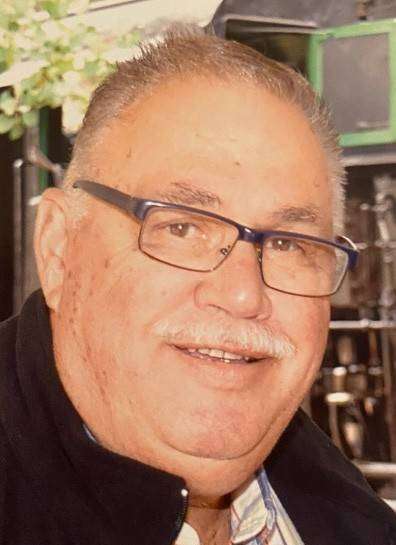 Jack is survived by his wife of 50 years, Molly (Tredway), daughters, Jacqueline (Tim) Rice of Wauseon, OH, Jill (Shawn) Feltenberger of York, PA, and grandchildren Dalton Rice and Reece and Macy Feltenberger. He is also survived by his siblings Brian, Ned, Pamela Short and Tom, and his Father-In-Law, Fred (Bea) Tredway.

Jack graduated from Archbold High School in 1966 and went on to earn an associate’s degree in Agricultural Business from Clark State Community College. Jack proudly served as a U.S. Army Company Clerk in the Vietnam War from 1968 – 1971.

After returning from the war, he made his living as a farmer before working for Lugbill Brothers as a buyer and manager of Michigan Live Stock Exchange.

For several years Jack owned Jack’s Town and County Feed Store with Fred the Bulldog.  He served two terms as a Fulton County Commissioner and was the director of Defiance County Job and Family Services before retiring in 2012.

Jack was a member of the Archbold Evangelical Church where he often shared his gift of singing.  He volunteered for many years at Salem4Youth in Flanagan, IL, taking part in their annual charity auction.  Jack served on the Fulton County Fair Board for over 25 years, was a 4-H advisor and member of the Ridgeville Legion Post 454.

He was also a past member of the Archbold Rotary and served on many other committees and organizations over the years. Jack enjoyed many years of camping and proved himself a skilled carpenter, building countless projects for friends, family and charities.

Jack led a life of service to others, his country, his family and God.

Due to the national health concern, a memorial service will be held at a later date. In lieu of flowers, memorial contributions can be made to Salem4Youth or the Fulton County Fair Foundation.

Per the family’s suggestion, please send all memorial contributions to Edgar-Grisier Funeral Home in Wauseon: 219 South Fulton Street, Wauseon, Ohio, 43567. Online condolences may be made at www.grisierfh.com. Grisier Funeral Homes of Archbold, Ohio, has been entrusted with the arrangments.