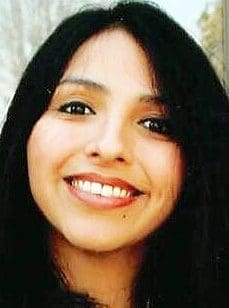 Jacqueline Lillian De La Cruz, age 50, of Wauseon, passed away January 8, 2023, at the Hospice of Northwest Ohio in Perrysburg.

Jacqueline was born on January 13, 1972 in Williams County Hospital to the late Benjamin and Ruth De La Cruz, Sr.

Jacqueline worked as a case worker at Fulton County Job and Family Services.

Jacqueline was married to her love, William Clymer, and he survives. Jacqueline had a very giving heart, always putting others first.

She made people around her better, and was always faithful in prayer.

Her biggest joy in life were her children, supporting them in everything. Above all else, Jacqueline was a very faithful person who loved the Lord.

Visitation for Jacqueline will take place on Thursday, January 12, 2023, at the True North Church in Wauseon from 10am – 11:30am. A funeral service will immediately follow the time of visitation at 11:30. A private burial service will follow at the Wauseon Union Cemetery.

In lieu of flowers, the family asks that memorial contributions be made to the benevolence of Jacqueline’s children or Hospice of Northwest Ohio.

The Edgar-Grisier Funeral Home is honored to serve the De La Cruz family.