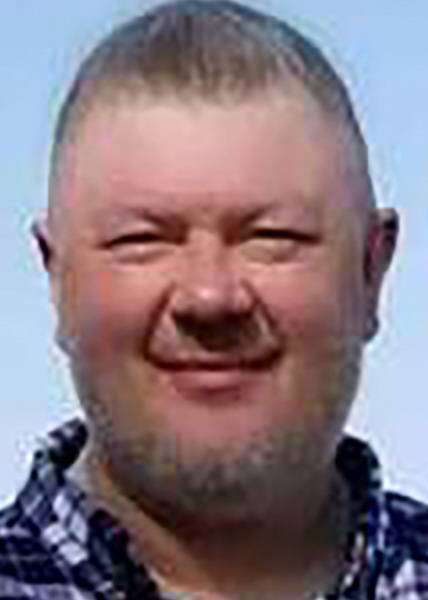 James (Jimmy) was born on November 27, 1968, in Zanesville, Ohio, to Rev. W.J. (Jake) and Betty Lou (Prater) Holbrook. He met the love of his life, Shawn Kohlbeck, in the spring of 1997 and married her on July 6, 2002. Jimmy and his wife adopted their son, Isaiah, in 2013, for whom Jimmy was already planning a professional sports career.

Jimmy was also a proud uncle and father-figure to Lindsey and Abbigail Kohlbeck. Jimmy worked for many years in exterior home projects and was currently the Roofing Sales Manager at Castle-Centurion Exteriors.

Jimmy moved to Bryan, Ohio, when his father accepted a position as pastor at New Life Worship Center in February of 1969, when Jimmy was three months old. He grew up in the church, where he learned to love and appreciate music.

He was a lifelong musician and contributed to many charitable foundations such as The Davey Farrell Memorial Benefit and Bryan’s Rock the Park. Most recently, he was an advisor for the Joyce Reader Memorial Foundation. Jimmy’s favorite role was sharing the stage with his best friend and big brother, David, as lead singer and harmonica player for The Holbrook Brothers band.

He would often come home with no money for playing a show due to always being more concerned about taking care of the other musicians who joined him on the stage that night. Other bands he founded and fronted include Mumbo Jumbo, The Alpha Cats and The Unbeatable Dicks.

Jimmy was known throughout northwest Ohio as a showman and an entertainer. His sense of humor and boyish grin were the qualities that would steal your heart every time.

His talent to play every instrument he touched made him unforgettable to anyone who witnessed his act. He blew the harmonica with a passion unmatched by most. He also was known to dance with conviction and could light up the stage.

When he was just 15, he traveled with “Big Brother” on a tour bus playing gospel music throughout the Midwest at tent revivals, conventions, etc. He started as a drummer, but by the end of the summer, he could play every instrument on the stage.

Jimmy was also a lifelong fan of The Ohio State Buckeyes and would happily fight you if you disrespected his team. He lived in Denver, Colorado, in the ’80s, where he became a fan of all things Denver, including the Broncos, Nuggets, Avalanche and Rockies sports teams.

He loved attending football games and was present for many notable contests, including the Buckeyes’ 2020 Rose Bowl victory in Pasadena; the Broncos’ 1988 AFC Championship in Pittsburgh; and many, many games in Columbus or that state up north to watch The Buckeyes defeat TTUN!

Despite being an avid sports fan of all things Denver and Ohio State, nothing compared to his love for the Fairview Apaches. His greatest joy in life was cheering on his favorite Apache, Isaiah.

James was preceded in death by his parents, father W.J. and mother Betty Lou; his brother, Kenneth Holbrook; and sister, L. Joyce Reader; as well as his fur-babies, Daisy Jane, Lily Ann and Jimmy Jr.

Memorial contributions in memory of James Holbrook may be directed to the Defiance County Humane Society.