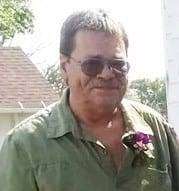 Jim was born July 16, 1951 in Glasgow, Kentucky, the son of Coy and Jean (Thompson) Jones. He was a 1969 graduate of Hilltop High School. He married Sandra Lou McCullough on June 19, 1982 in West Unity, and she survives.

Jim retired from Arrow Tru-Line in 2015 after 15 years of service in the maintenance department. He had previously worked for Hill Manufacturing in Wauseon, where he worked for 20 years and Hayes Albion where he worked for 17 years, as well as working for his father at Jones Welding and Repair in West Unity. Jim was known as a man who had a big heart and would do anything to help others. He loved to tinker and fix anything that came his way. He enjoyed fishing and hunting, but truly treasured the time he spent with his family, especially his children and grandchildren.

Visitation for James W. Jones will be held from 2:00 – 8:00 p.m. Tuesday, October 31, 2017 in the Oberlin-Turnbull Funeral Home, 202 North Liberty Street, West Unity where funeral services will be held at 11:00 a.m. Wednesday, November 1, 2017 in the funeral home with Pastor Nick Woodall officiating. Interment will follow in Floral Grove Cemetery, West Unity.

Those planning an expression of sympathy are asked to consider memorial contributions be made to Millcreek-West Unity Local Schools, 1401 West Jackson Street, West Unity, Ohio 43570.