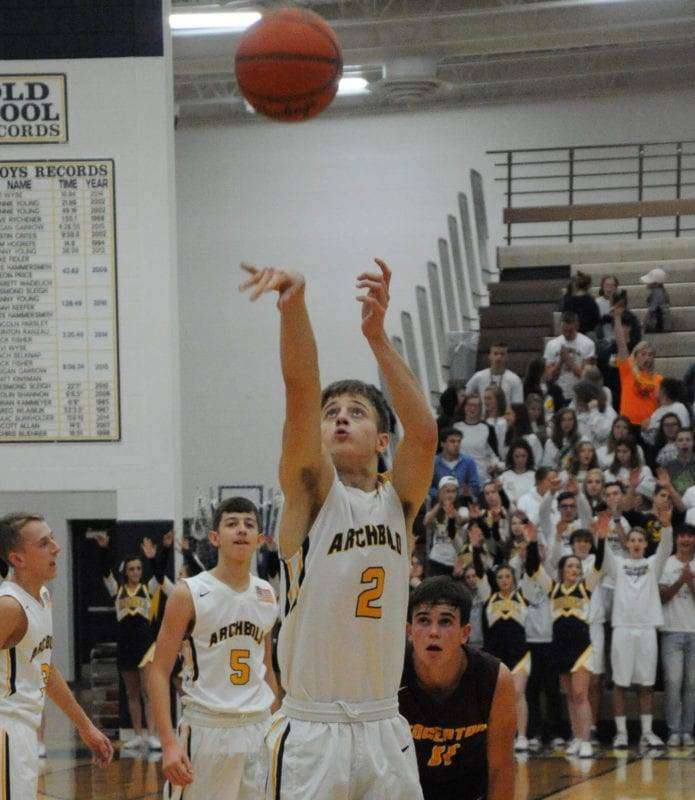 For high school basketball players one of the ultimate team goals is to win a state championship. From the standpoint of individual goals, scoring 1,000 points in your career is an accomplishment that will put you in the record books at your school forever as well.

For Archbold senior Bryce Williams a late Christmas gift came in the form of hitting that 1,000 point goal. During the Bluestreaks game on December 27th at Ottawa Glandorf, the 6’ 3” guard recorded the 1,000th point of his career with a bucket on a nice baseline drive at the 2:40 mark of the first quarter. Williams went on to score 16 points in the game as Archbold was defeated 70-65.

Williams became just the eighth player in the storied Archbold boys basketball program to reach the milestone. Williams is one of seven returning letter winners for head coach Doug Krauss, who is in his 32nd season as the leader of the Bluestreak program. With a strong nucleus returning this season from last year’s team that made it to the Division III State Semifinals where they lost to Cincinnati Roger Bacon expectations are high for this team. He has been a critical part of the Archbold success during his varsity career has the Bluestreaks are always considered a front runner for the league title.

Success has also followed him to the baseball diamond where he was All-NWOAL Honorable Mention as a sophomore and last year as a junior he was named to the 1st team All-NWOAL and helped Archbold to a league title. Following the run in the state basketball tournament, Williams and his teammates made it to the Division III Regional Semifinals in baseball where they lost to Eastwood 5-4. He also has been part of the highly successful Archbold Acme baseball program which has won back to back state championships.

As the calendar turns to January and league play is set to begin, it’s expected that Archbold will again be right there knocking on the door for another league championship and a deep run in the tournament. And it’s certain Bryce Williams will be right there leading the charge for the Bluestreaks, who currently hold a 7-2 record, as they try to obtain the ultimate team goal, a state championship.

Nate may be reached at publisher@thevillagereporter.com

Be the first to comment on "Jan. 10th, 2018 – Bryce Williams Joins Elite Group At Archbold"