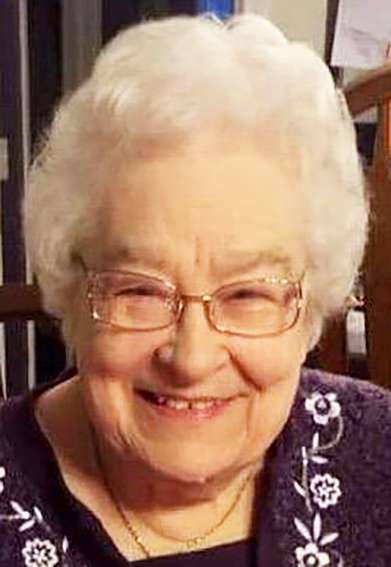 Janice Irene (Bowen) Beck passed away in her home on Sunday, November 13, 2022, surrounded by her family.

She graduated from Montpelier High School and worked as a secretary for Montpelier Mfg. Company and Aro Corporation before moving to Ft Wayne, Indiana.

Most of her married life she was able to stay at home and raise their 4 daughters.

She also worked along beside her husband with his pastoral duties.

They pastored Assembly of God churches in Auburn, Indiana as well as Angola, Indiana for 36 years and retired in 2000.

After retirement they pastored for a short term in Ligonier and Fremont Churches.

Janice always took an active part in church with teaching, working with the children’s ministry and women’s group.

She also spoke at Women’s events and worked at the church office for many years. She is currently a member of Fremont Community Assembly of God.

She truly loved and enjoyed her family and friends. She had a great sense of humor and was full of fun.

She was an avid reader, loved to cook and entertain.  She loved being a wife and spoiled her husband, adored her 4 daughters and grandchildren.

She was preceded in death by her parents, Robert and Bessie Bowen, a daughter Brenda, a brother Bobby, a great grandson Evan Darold, and son-in-law Jack Mills.

Funeral Services will be at 11:00 AM on Saturday, November 19, 2022, at the Angola Assembly of God Church. Burial will be in Circle Hill Cemetery, Angola, Indiana.

Condolences may be expressed online through our website: www.weichtfh.com