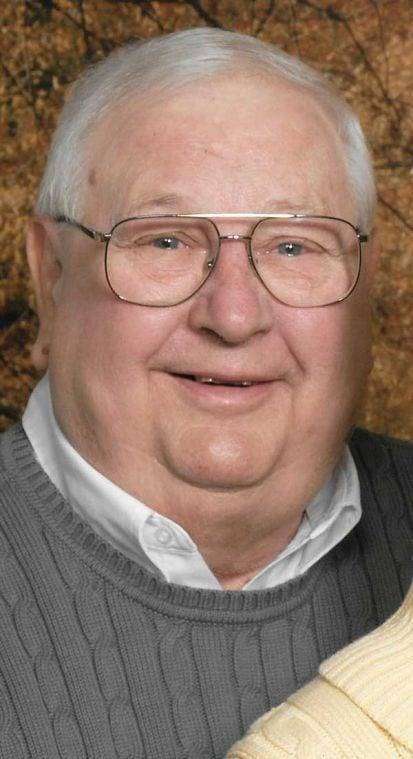 John Arthur Lougheed, 81, of North Webster, Indiana and formerly of Williams County, passed away on Dec. 26, 2015, at Millers Merry Manor in Syracuse, Indiana.  He was born June 21, 1934 in Montpelier, Ohio to Lester A. and Mary Isabelle (Fischer) Lougheed.  He married JoAnn (Psurny) Long on October 2, 1986, in Las Vegas, Nevada and she survives.

He was preceded in death by his parents and granddaughter Alexandra Faye Lougheed.

John attended one-room schools for eight years; Bridgewater, Heritage and Hay-Jay, where his mother was his teacher for 2 years. John was an eagle scout.  He graduated from Montpelier High School in 1952 where he played and lettered in football and then he attended the Ohio State University. He worked at Fifty Division, Hayes Albion in Bryan for 36 years, until his retirement in 1991.  He also worked at Montpelier Body Shop.

He coached baseball for both of his boys when they were young.  John was an avid fisherman and golfer before Alzheimer’s /dementia.    John enjoyed playing many golf courses with his son Scott, and fishing Merry Lake. He and JoAnn loved country dancing and he organized a bus trip in 1994 to Nashville, TN. John was typically the life of any party he attended.  He had a wonderful sense of humor, an infectious laugh, a quick wit, and would make you laugh without uttering a word. He was best friend to each of his grandchildren, who he routinely spoiled.

Memorial contributions may be given to Free Community Suppers at North Webster United Methodist Church, 7822 E. Epworth Forest Road, North Webster, Indiana 46555 or to the Leukemia Foundation.  Online condolences can be left for the family at www.thethompsonfuneralhome.com.

Be the first to comment on "John A. Lougheed"