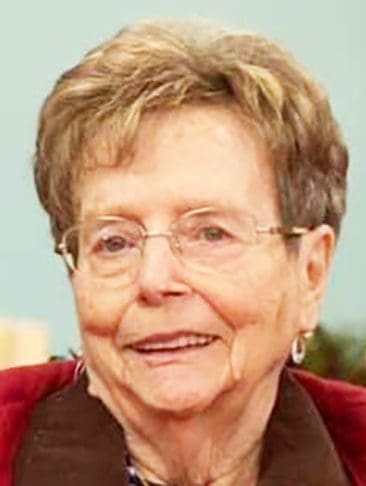 Joyce was born March 2, 1934, in Ossian, Indiana, daughter of the late Vern and Wanda (Gibson) Frederick

She married Richard G. Apple on October 28, 1950, in Bulter, Indiana and he preceded her in death on December 25, 2020. Joyce previously worked at Sauder Manufacturing, Saneholtz McKarns, and Fayette Tubular.

She was an active member of the Church of Christ at West Unity and was a former 4-H advisor.

Joyce was a loving mom and grandma, always supporting her children and grandchildren.

She cherished the time she spent with her family and the memories they made. In her free time, Joyce enjoyed going to garage sales, vegetable gardening and spending time outdoors.