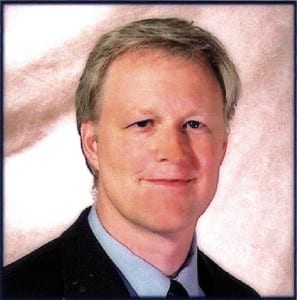 Kevin G. Fritz, M.D., age 52, of Archbold , passed away Tuesday, June 16, 2015, in his home. Kevin was a General Surgeon, practicing with the Archbold Medical Group and Fulton County Health Center, part of the Parkview Physicians Group, since 2007. Prior to that he had started his practice in Yonkers, NY, over 20 years ago.

Kevin was born in Burlington, Iowa on August 18, 1963, the son of Cletus J. and Beverly M. (Votzmeier) Fritz. On April 20, 1996 he married Johanna P. Bravo, and she survives. He was a member of Solid Rock Community Church in West Unity. In April of 1985 he received his B.S. in Biochemistry and Animal Science from Purdue University, and in April of 1992 he received his Doctor of Medicine from the Indiana University School of Medicine. He was a member of the American Board of Surgery, and the American College of Surgeons.

Visitation for Kevin will be held from 11:00 A.M. until 2:00 P.M. on Friday, June 19, 2015 at the Solid Rock Community Church in West Unity, Ohio, where the funeral service will immediately follow at 2:00 P.M., with Pastor Randy Evers, officiating. Interment will follow in the Archbold Cemetery, Archbold, Ohio.

The family requests that memorial contributions be given to family choice. Online condolences may be offered to the family at www.grisierfh.com. Grisier Funeral Home in Archbold has been entrusted with arrangements.