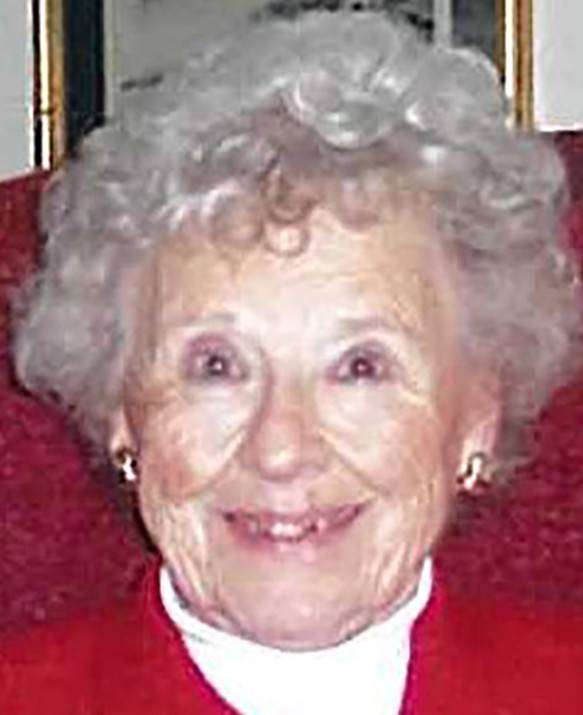 On April 29, 2020, LaVonne Emma Murphy enjoyed her first sunrise in heaven. She died at the StoryPoint Senior Living Center in Waterville, Ohio. LaVonne was born on September 15, 1917, to Clarence and Marian (Rathbun) Scherf in Fremont, Ohio.

After graduating from Fremont Ross High School, she worked for the Montgomery Ward store where she met her husband, John R. Murphy. He fondly nicknamed her Tiny, and because of her small stature, it became the name that was used by family and close friends. The first years of their married life found John and Tiny moving to several locations as John served in the Navy and then managed Montgomery Ward stores in various locations.

In 1952, John and Tiny opened Murphy’s Ben Franklin Store in Swanton, Ohio. This became their lifelong business venture while, at the same time, their customers endeared them to the community of Swanton. One often found Tiny and John working together to find the perfect line of merchandise for the store and giving their customers personalized service.

Later years found them taking a number of special trips with The Nomads and spending winter months on Sanibel Island. Tiny’s very special home away from home was their cottage on Iron Lake, Irish Hills, Michigan. Because Tiny was lovingly devoted to her family, it became the place where the Murphy kids would gather so she could bring family members together to create wonderful memories.

Tiny was a longtime member of the Trinity United Methodist Church and always enjoyed worshipping and serving with her church family. She was a charter member of the Delphians, a study group that was also a source of many close friendships. Although her life was rich with a variety of experiences, her true joy was family.

Due to the current COVID-19 restrictions, a private graveside service is planned. A memorial service will be held at Trinity United Methodist Church in Swanton at a future date.

Weigel Funeral Home has been entrusted with arrangements (419.826.2631). Online expressions of sympathy may be made at www.weigelfuneralhomes.com