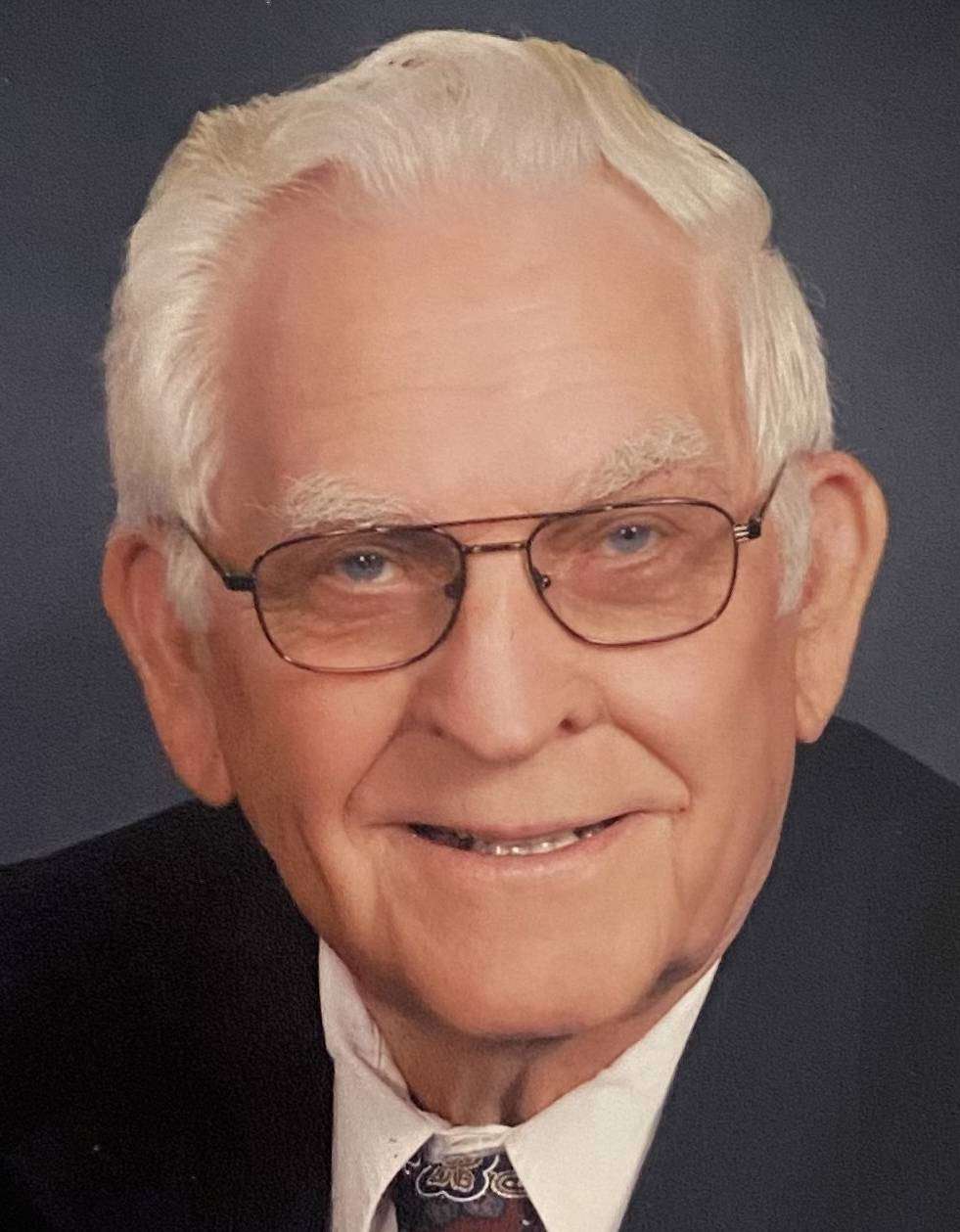 Leo was a member of St. Caspar Catholic Church and a 75 year member of the Knights of Columbus. He was very active in both. He was a 1942 graduate of Liberty Center High School.

Leo worked hard all his life. He farmed, worked in the Wauseon Wire Factory, drove a truck for local egg wholesaler purchasing eggs from area farmers in Fulton, Williams, Henry and Defiance Counties.

He also worked for a short time in a grocery store in Montpelier. But what he enjoyed the most was being “the chip man” working for Frito-Lay, Inc. In his retirement, he and Janet were owners of the former Arrowhead Motel in Wauseon.

Leo also enjoyed playing music and played everything by ear. He started playing while a young boy with his brother, Raymond, and school friends. Later, along with his father and family friends, he played for dances in Henry and Fulton Counties.

The family requests that memorial contributions be given to St. Caspar Catholic Church, Women’s Health Resources, or the donor’s preference.

Online condolences may be offered to the family at www.grisierfh.com. Edgar-Grisier Funeral Home has been entrusted with arrangements.