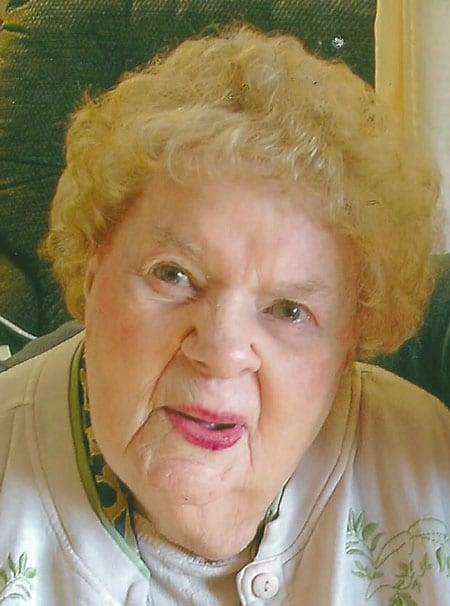 Leona Vernita Shirkey, 98 years, of Bryan, passed away Sunday, December 20, 2015 at Genesis HealthCare-Bryan Center with her family at her bedside.  Leona was born November 11, 1917 in Bryan, Ohio, the daughter of the late Floyd and Ethel (Deck) Impton.  She married Clarence “Pete” Shirkey on October 22, 1938 in Bryan, and he preceded her in death on August 31, 1996.

A devoted wife, mother and grandmother, Leona was devoted to the care of her family.  She also provided child care to many children.  She loved to sing karaoke and was well known at the nursing home for making her beaded necklaces and bracelets, which she gave to everyone she met.  She was known as the welcome person for new resident admitted to the care facility.  Her sincere desire was to spend quality time with her family.  She was a member of the Bryan Eagles Aerie 2233 and a former member of AMVETS Post 54.

Those planning an expression of sympathy are asked to consider memorial donations be given to the Activities Fund at Genesis Healthcare-Bryan Center, 1104 Wesley Avenue, Bryan, Ohio 43506.

Be the first to comment on "Leona V. Shirkey"