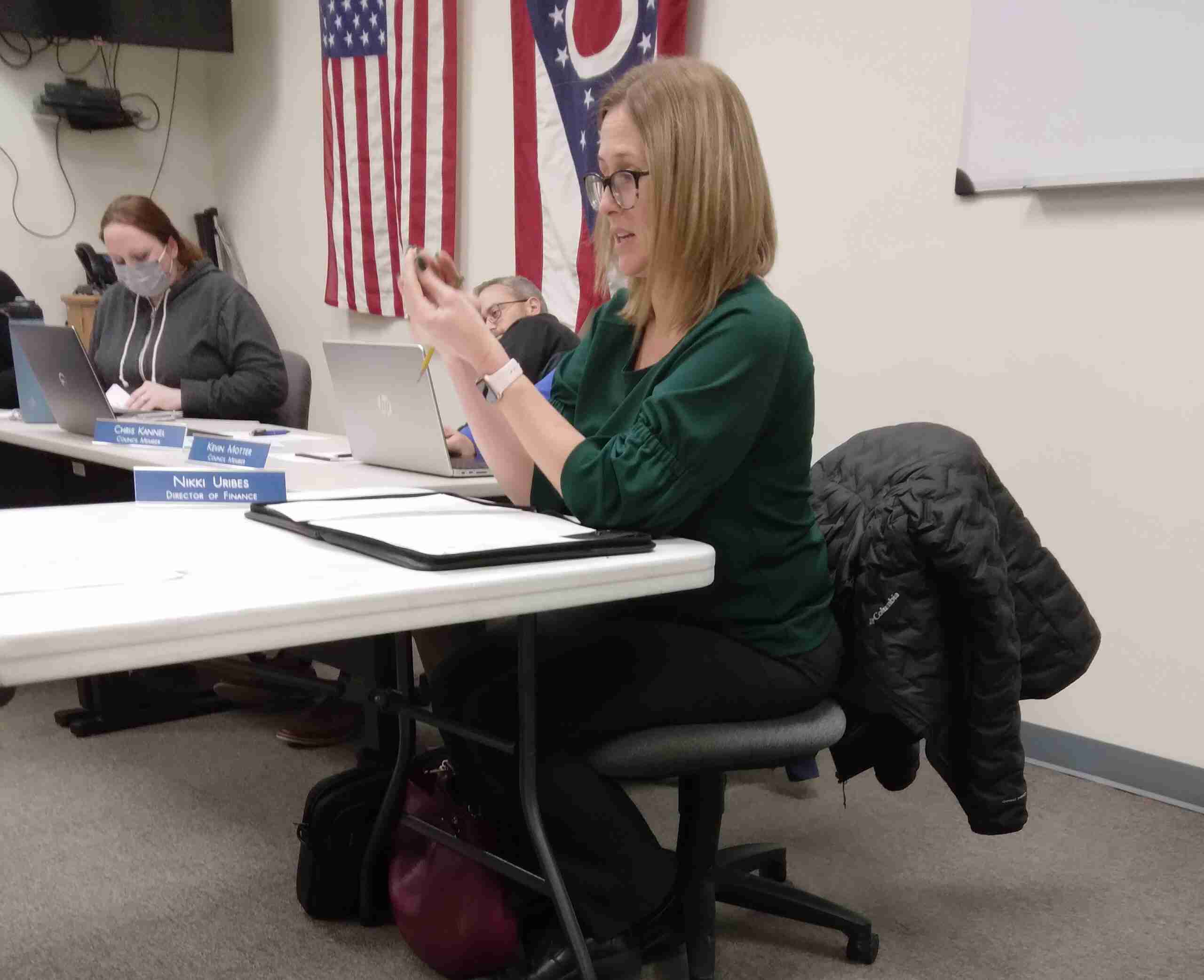 In comments from the audience, Rex Ruble was concerned about the water flow from a tile at the corner of his property, located just outside of the village limits. Ruble requested that someone in the village needed to talk to the county engineer about the problem.

However, village manager Jason Rockey stated that he didn’t see a need to do that, since the village was doing all that was requested, involving the property. Rockey suggested that Ruble should talk to the county engineer first, to see if anything needs to be done, and go from there.

Next, with the high amount of Covid cases in Williams County, Ewers suggested that maybe they should consider wearing masks at the meeting, or to conduct meetings at the fire hall, where social distancing could be practiced.

Mayor Steve Yagelski pointed out that currently, masks are optional at the meetings. Several council members stated that they would be open to meeting at the fire hall, for a short period of time.

That was followed by an approval of the 2022 representation agreement for Richards and Walker, Ltd.

Next, village council needed to approve the 2022 electric utility cash reserve policy. Village Director of Finance Nikki Uribes mentioned that there is currently a positive reserve of 2.7 million, but that there needs to be that much of a cushion, in case of a catastrophe. Council then voted and approved the cash reserve policy.

Council then approved the Jefferson Township Fire Contract, with an amount of $38,313.12. Uribes then gave a positive income tax report, with an accumulation for the year of $2,119,114.89. That’s an 18.4 percent increase over last year.

Village manager Rockey reported that the village received a $2.75 million grant to complete the sewer and sanitation CSO project. That will cover much of the projected $3.2 million project.

The project, for the yet to be completed area that will extend from Lawrence Street to the railroad tracks and west of Empire Street. The project includes street pavement from curb to curb.

Rockey also mentioned that initially, ODOT expressed environmental concerns over construction of the Cannonball Trail. But the concerns are no longer there and there should be no delays with the project.

Next, with councilman Dan Willis retiring after serving 22 years on council, Mayor Yagelski presented Willis with a proclamation, “for sincere appreciation and commending him for his work,” Yagelski said. “He will be greatly missed by everyone.”

The meeting then went into Executive Session, which is not open to the public.