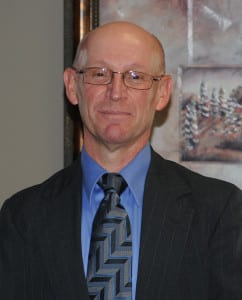 MONTPELIER: June 17, 2014: Volunteerism is defined as “the act or practice of doing volunteer work in community service,” and the word volunteer can be used as a noun, verb or adjective: As a noun, a volunteer is a person who performs or offers to perform a service, as a verb to give or offer to give voluntarily and as an adjective as being, consisting of or done by volunteers, such as the well know “Volunteer Firefighters.” The history of volunteerism in America is as old as the nations itself and as long as we have been a nation, Americans have always focused on lending a helping hand to others. Since the inception of our nation, the American spirit has always been imbedded with the spirit of volunteerism as a nature of our circumstances. Colonialists had to form various support systems in order to survive the many obstacles they faced, and the lessons and challenges adapted in lending a helping hand to neighbors, friends and families was sewn into the American fabric and passed along from generation to generation.

At Evergreen Manor in Montpelier, the spirit of volunteerism is alive and well, and according to Activity Director Marci Tomblin, nobody exemplifies this spirit more than local hometown hero Pastor Calvin Pennington, Pastor from the Church of Jesus Christ, Non Mormon, in Montpelier, Pastor Pennington’s service as a volunteer at Evergreen Manor has been above and beyond and has contributed significantly to raising the spirits of those who are in need of Evergreen’s services. According to Mrs. Tomblin, “Calvin became a volunteer in December of 2012 and he has come in and helped with cooking groups, taken walks with our seniors, helps with Bingo, sits outdoors with our seniors, and he and his wife Pamela have recently started doing church services for us once a month. The one thing that I will never forget is calling him on a Saturday morning as we had a terminal patient and she requested to speak with a minister; he came right in and provided the patient comfort and offered words of encouragement and was a source of strength for the patient-he is truly a blessing and has definitely earned his wings!”

Pastor Pennington and his wife Pamela reside in Montpelier and spend significant time lightening the spirits and assisting the residents in many areas at Evergreen manor. Many of the residents are in long-term care situations and are in the home for rehabilitation services, and recreational services provided to patients are important for mental fitness as well. The home features many recreational activities and volunteers are the lifeblood of these programs. Activity Director Tomblin stated “all of the services provided by our volunteers are deeply appreciated and without their time and service, time spent at Evergreen Manor would be far more difficult for many of our patients. Pastor Pennington’s efforts at the home have really stuck out and he has gone above and beyond in his service to our residents and we deeply appreciate the work he has done.” Pastor Pennington addressed his service and volunteer efforts at Evergreen Manor and stated, “I really enjoy spending time and talking with the residents and giving them someone to talk to. I just want to be there for them and be a friend; many patients at the home are long-term care patients and some have few visitors and loneliness can become an issue. I want to be there for them so they don’t feel alone and they know that someone cares.”

Pastor Pennington’s service and volunteer spirit are a great example of a long held American tradition of volunteerism, and his efforts are an example of neighbor helping neighbor and caring for each other in a community spirit.