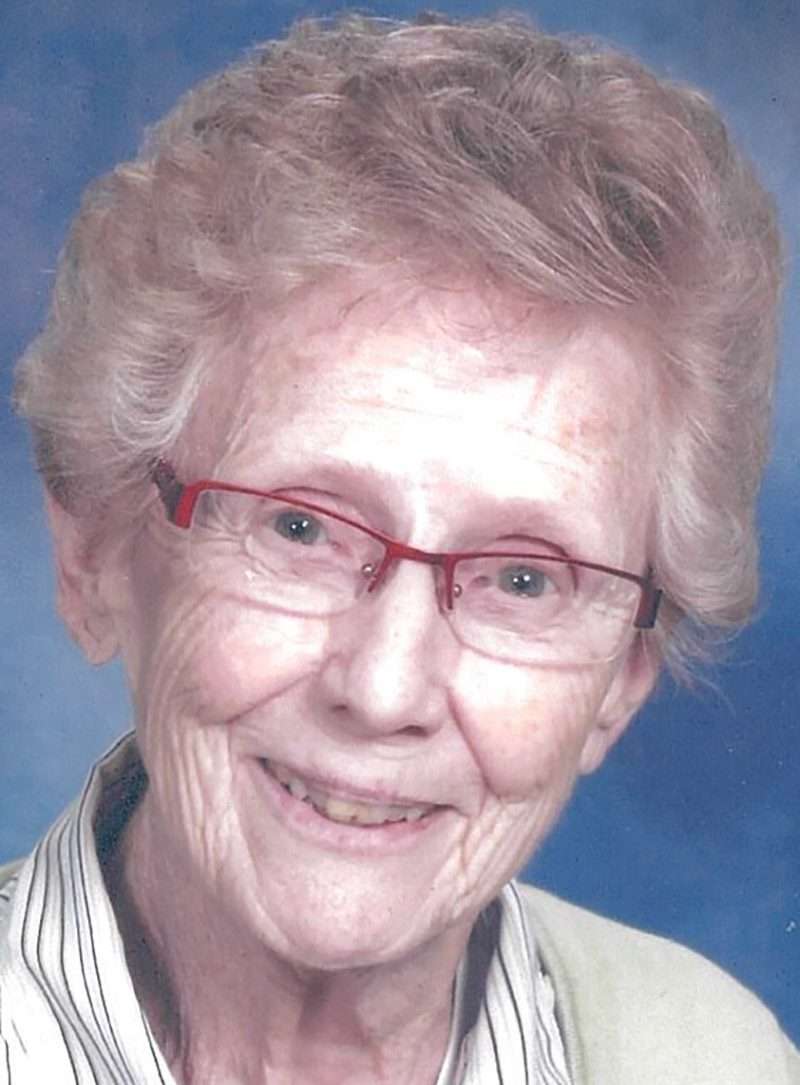 Nordie started her career working at Willys Overland as a stenographer. While her husband managed, and later owned, K-C Bowling Lanes in Swanton, Nordie was at home with the kids.

After the kids were grown, she joined Richard at the bowling center as the grill cook. She was the “hamburger helper” of Swanton.

When Richard sold the bowling center in 1992, she went to work at Wendy’s in Swanton and was still a very familiar face to a lot of people.

Nordie was a very active member of St. Richard Catholic Parish; was a member of the Mother of Twins Club and served on the 1976 Swanton Bi-Centennial Committee.

Nordie enjoyed playing in the card club with her grade school friends, loved singing for weddings and simply adored children.

Visitation will be held Monday, January 31st from 2 to 8 p.m. at the Weigel Funeral Home in Swanton, where a Vigil Service will begin at 7:00 p.m. Visitation will continue Tuesday, February 1st from 10 a.m. to 11 a.m. at St. Richard Catholic Church, where a Mass of Christian Burial will begin at 11:00 a.m. with Fr. Eric Culler presiding. Interment will follow at St. Richard’s Cemetery.

Memorial contributions may be made to St. Richard Church, Swanton Rotary Club, the Knights of Columbus, or a charity of the donor’s choice.

A special thank you to the nurses and staff at Swanton Health Care & Retirement Center for the wonderful care given to Nordie over the last several years.

Online condolences may be made to the family at www.weigelfuneralhomes.com