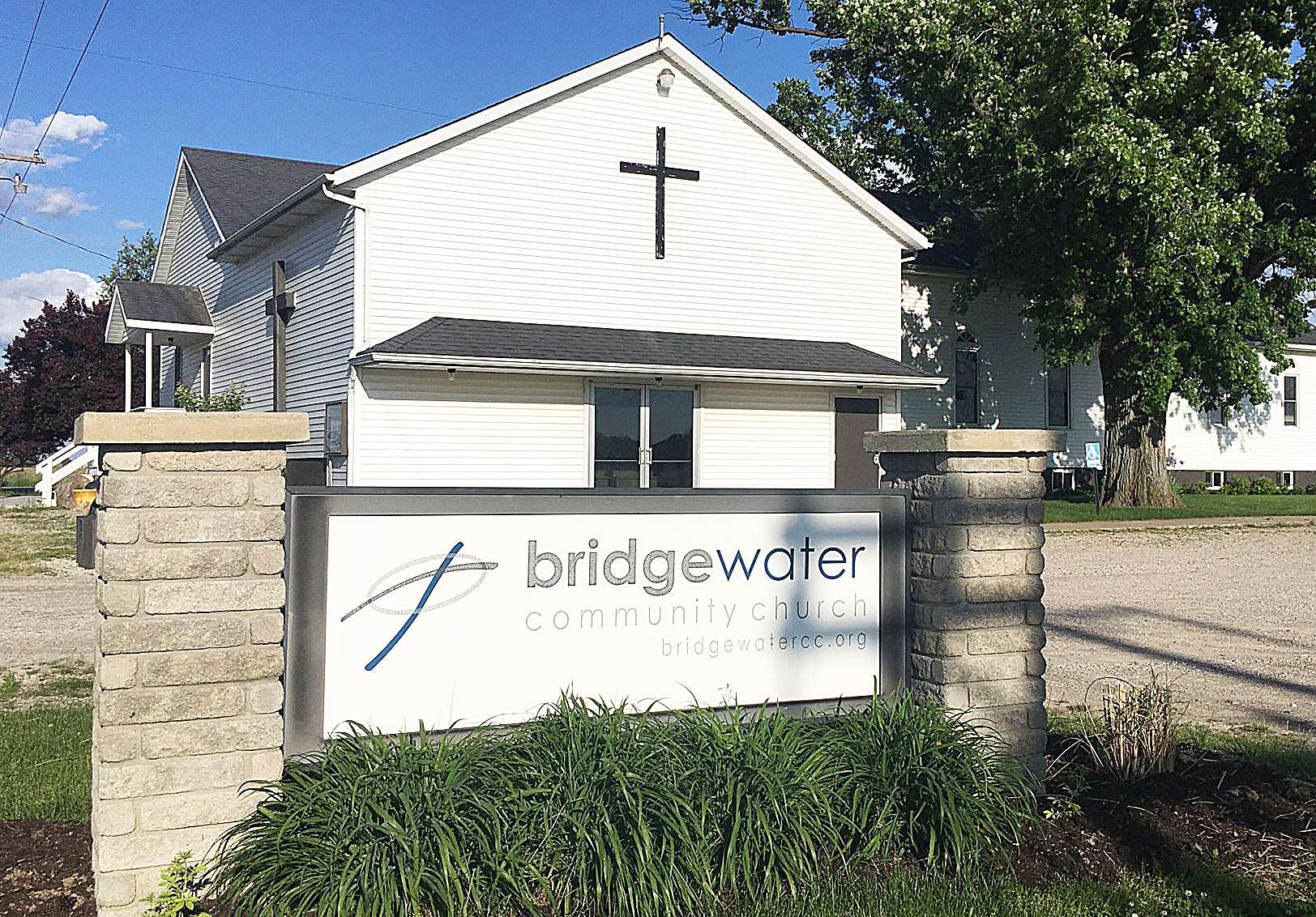 BRIDGEWATER COMMUNITY CHURCH … This building was first erected in 1872. It has changed a little over the years as additions and renovations have taken place, and this photo of the church, taken in May 2022, shows that with love and good maintenance, a building can look great 150 years later. (PHOTO PROVIDED)

The pastor of Bridgewater Community Church in 2022, Mark Pitman, has been serving this church in the northwest tip of Ohio for the past thirteen years, a tiny portion of the 150 years it has served its’ community.

Pitman is thrilled to be able to commemorate this little church that pioneered and lasted!

Built in 1872, the congregation has marked a century (1972), celebrated their 125th Anniversary (1997) and on the weekend of June 17, 2022, those who gather there will spend a few days sharing in festivities for the amazing feat of surviving the ups and downs of church life for 150 years.

For those in the area who would like to join in celebrating with them, the schedule for the weekend is as follows:

•Friday, June 17 at 7 p.m. Celebrating God’s faithfulness in our PAST – Songs in the Pavillion and Former Pastor, Jack Teeple, will bring the evening message

•10 a.m. Celebrating History – Historical pictures and documents will be on display in the church foyer and sanctuary. Light refreshments.

•Noon – Sack lunches will be provided at the Oak Tree

•1 p.m. – Celebrating God’s faithfulness to the PRESENT generation – music and message from Pastor Mark Pitman, under the Oak Tree

•6 p.m. – FUTURE: Celebrating God’s faithfulness to come with an evening hymn sing and message from Pastor Mark Pitman, in the pavilion

•Sunday, June 19 will wrap up the special weekend with the church’s regular 9:30 Sunday School time and 10:30 Worship service

With one hundred and fifty years of history, it is wonderful to know that over the years, certain people have taken time to write it down, take pictures, and pass it on.

While browsing through a notebook full of historical information, there were specific items which jumped out that might help the residents of Northwest Ohio to appreciate this foundation stone that sits in their midst.

The name Bridgewater Community Church was given to this already active church, in 1974. Before that, it went through many changes both in affiliation and in name.

Quoting the history of this church, written for the 125th celebration, and kept in a notebook for all to enjoy, “The first group of believers were led by Reverend David H. Holmes.

They met in the Brandeberry School near Singer and called themselves the Shiloh Church. This building still stands. It is now a private residence on the northeast corner of County Road 8 and St. Rt. 20.

The early believers have also been known as Waterston Church, West Bridgewater Church and Bridgewater United Brethren Church. After the completion of the church building they were known as Liberty Chapel.”

The history goes on to explain that over the years, due to division in beliefs, splits and mergers in the church, they spent time known as Liberty United Brethren, Evangelical United Brethren, and United Methodist Church, before reorganizing in 1974 and choosing the name Bridgewater Community Church.

A great statement and testament to its’ influence in the community says, “The church has been used continually for religious services, temperance lectures and other meetings of a moral or religious matter. The doors of the church have remained open continually since its beginning.”

The building itself has undergone a few changes over the years, but still sits north and south on the same plot of land where it started all those years ago. Besides changes to the building, many pastors have served these people over the years.

When this group first came together they were led by Reverend David H. Holmes. In 1871, as they were putting up the building, their leader was a Reverend Miller.

“Serving the church for varying lengths of time for the first 29 years of its history were pastors Holmes, Crossland, Cross, Miller, Stewart, Tittle, Brown, Bundy and Bowerson. Listed as lay pastors during this time were Josiah Boyer and William.”

From 1900 through 1974, before the church became independent, they had 42 different pastors, some for just a year and some for more. Pastor Mark Pitman, with 13 years so far, and Pastor Jack Teeple with 15 years of service, have pastored there the longest.

Attendance has gone up and down through the years as it does in all churches, with the membership in 1878 at around forty six and nowadays morning services host around 80 according to Pastor Pitman. 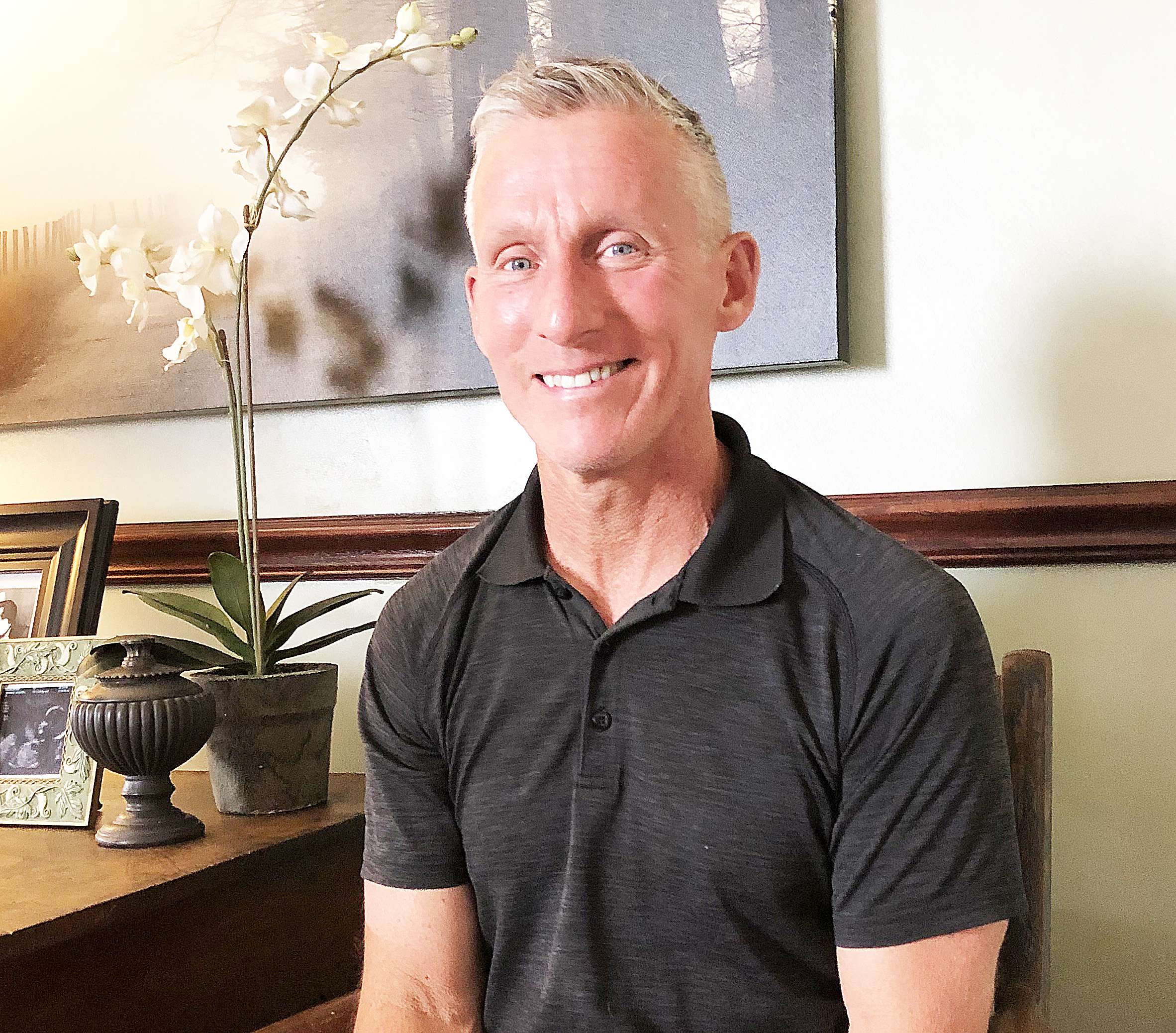 PASTOR DURING 150TH ANNIVERSARY … Over the past 150 years, the little church in NW Ohio which has gone by the name of Bridgewater Community Church since 1974 when the congregation chose to become independent, has had many pastors. The man who has served for the last 13 years is Mark Pitman and he is thrilled to share in this momentous occasion. “The Faithfulness of God is what it is all about,” Pastor Pitman pointed out in an interview held where he holds down his other part time job. Pitman is also the Executive Director of NWO Community Pregnancy Centers.Presently, at the time of this article, the longest standing member is 86 year old Loralee Mercer. She remembers attending there when she was 10 years old. She went to a Mother/Daughter banquet with a neighbor lady and stayed till she got married. (PHOTO BY REBECCA MILLER, STAFF)

During the next years she attended elsewhere but in 1972 she returned to be a part of this church again. Mrs. Mercer fondly remembers tent meetings and big youth events when she was growing up there.

She also remembers meeting at the North Central School auditorium during one of the renovations of the church building.

Concerning this 150th anniversary, Pastor Mark Pitman stated, “It is amazing to me that an organization survives that many years with a fair amount of difficult times, but what I see is God’s Faithfulness.

“We as a church want to be faithful to scripture, thereby being faithful to the One who gave us the scripture.”

In other countries across the sea, churches are hundreds of years old and people travel to visit them and be awed by their history.

As the United States of America is a very young nation compared to many, 150 years is a long time to us.

This month, we join in with the congregation of Bridgewater Community Church to celebrate this milestone. May they be there to be celebrated for many more years.