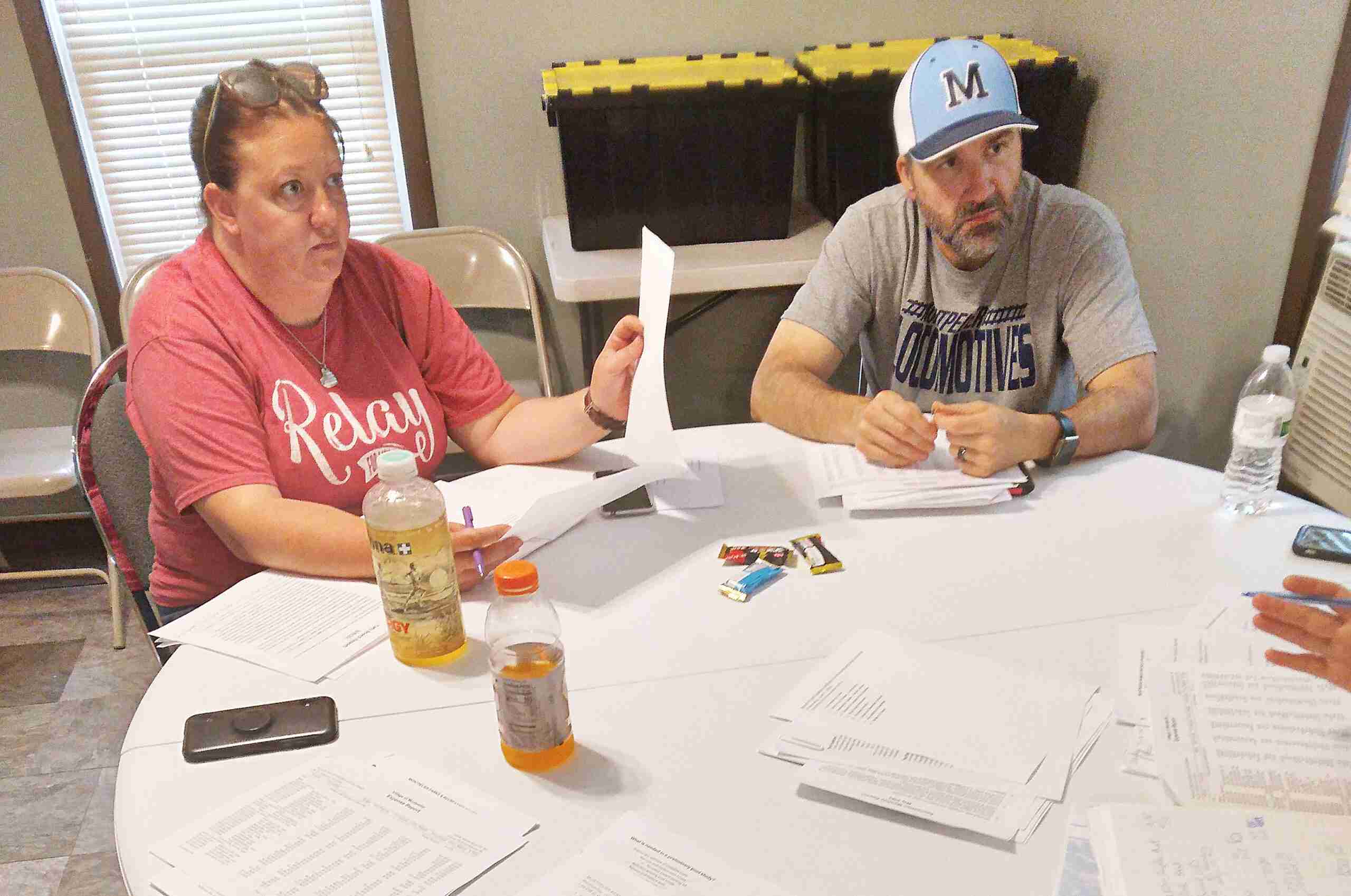 The June 1 meeting of the Montpelier Parks and Recreation Board began with roll call. Board members Kim Friend, Darold Moore, Angela Hillard and Matt Reid, were in attendance.

In the park and pool update, to get ready for the pool’s opening on June 6, the chlorine lines and oxygen lines were changed. The water to the pool house and pool were turned on.

The bathroom fixtures were put back together. VanDeVoorde Heating and Air fixed the toilets and new parts were ordered for the pool toilet.

The company manufacturing the gutter grates for the pool have begun production. Fifteen lifeguards have been hired and Jayme Belasco will again serve as pool manager.

Slide-renu is three weeks behind schedule. Finishing the slide was supposed to be completed the week of May 25.

Recreation director Sandy Gordon gave the recreation report. All the transplanting has been completed and the plants are ready to go.

Downtown and Patriot Point planters are done and have started planting at the Kids Garden. Sprayed Roundup at Kid’s Garden, pool pavilion and around the pool.

Splash Pad opened early. A couple of pipe connections in the manifold are leaking and need to be replaced.

We passed both the initial and checkup Health Department inspections. All the staff have passed the Level One Person in Charge food handler training.

Also, park information was placed on bulletin boards at the concession stand. Replaced the old ice machine and had the lock and deadbolt on the main door changed.

Cleaned the Municipal and Storrer Park restrooms and pavilions. Five pavilion reservations were made in May. Also, collected employee paperwork and gave it to Town Hall.

Ordered lifeguard apparel and ordered shirts for parks and recreation employees and distributed them. Managed the concession staff and time sheets, updated employee schedules and the ball schedules.

Next, hosted a water fun day for the Montpelier fourth graders. For the junior high student council community service project on May 19, weeds were pulled, trash picked up in the alleyways downtown, along with Patriot Point, Storrer Park and Main Street Park.

Distributed program guides and collected registration forms. A registration blitz was held on May 20 for 127 kids and parents.

Also, distributed passport stickers to community groups who were participating in the program. Entered all registration form information to Town Hall, per requirements for the state auditor.

Ordered food and milk from Miller’s New Market and Two Brothers Market for the summer lunch program. Also, ordered supplies from GFS that were not available locally. Lunch program starts on June 6.

Finally, attended supervisors meeting and Park Board meeting and printed reports for the Park Board. Attended a county trail meeting with Todd Roth and his staff to discuss a county recreation website.

In the parks area, mowing on the park grounds has begun. Practices for Pony League and D3 field have been going on since the beginning of April, with games held on both fields.

Sprayed Triplett on the baseball infields, in order to get rid of the clover that has overwhelmed the fields.

Changed the home plates on four of the fields and all the fields had their plates replaced.

Next, fertilized and overseeded Storrer Park and pained the third base side dugout of the minor league diamond.

The water department has been laying tile in the low areas of Founders Park. Still working on grading the ground away from the stage.

Also, the electric department has laid conduit for their electrical pads and measured and ordered 17 erosion mats and ordered seed and fertilizer.

Also, have been working on getting the ground level at Founder’s. The tractor tiller is currently being repaired at Superior Farm Supply. Once repaired, will be able to finish the ground work.

There have been problems with kids at Storrer Park, so we will ask for more of a police presence there.

Next, Gordon led a pool study discussion. They decided that the focus should be on the rehabilitation of the existing site.

That included refurbishing the existing pool house, developing a schematic design site plan involving the pool house, pool and pump room, working on the exterior of the pool house, removing the kiddy pool, water toys and zero depth, storage rooms and concession stands with windows outside and inside.

Next, the board approved of the minutes from the April meeting and of the financial statements through May. The board then voted to adjourn the meeting.