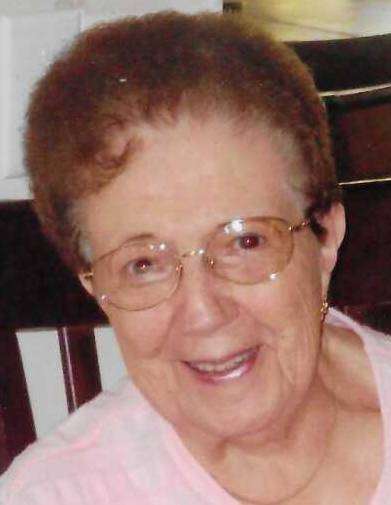 Pauline Marie Brillhart, 94, of Archbold, Ohio passed away Saturday, May 1, 2021 at Fairlawn Haven Nursing Home, Archbold, with her family by her side. Pauline was born May 15, 1926 in Defiance County, Ohio, the daughter of the late Clarence and Henrietta (Schug) Stratton.

Pauline worked as an afternoon supervisor for 15 years at Lester’s Diner, Bryan. She previously worked at Bud’s Hamburger Shop, Miller’s Restaurant, and as a dental assistant for Dr. Dean Boucher.

Pauline was a registered clown that went by the name, Lollipop. She served as a Cub Scout Den Mother and hosted exchange students from Brazil and Finland. In her free time, Pauline enjoyed camping, collecting angels and spending time with family and friends.

Funeral Services for Pauline will be held Wednesday, May 5, 2021 at 1:00 p.m. at West Unity Presbyterian Church, 201 East North Street, West Unity, with Dr. Nancy Burkheiser, pastor, officiating. Interment will follow at Fountain Grove Cemetery, Bryan. Visitation will be held two hours prior to the service at the church on Wednesday, beginning at 11:00 a.m. Those attending services are required to wear masks and observe social distancing. Arrangements in care of Oberlin-Turnbull Funeral Home, 202 North Liberty Street, West Unity.

Memorial Contributions are to be made to the CHWC-Share Foundation or West Unity Presbyterian Church.

Condolences may be sent to the family or the online guest book may be signed at www.oberlinturnbull.com To send flowers to Pauline’s family, please visit our floral store.