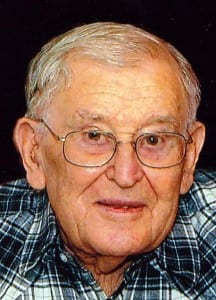 Peter graduated from West Unity High School in 1936. He retired from the Ohio Turnpike Commission in 1983 after 29 years as a Toll Collector. Pete had also been a Madison township farmer.

He was preceded in death by his parents, first wife Ferne (Krill) in 1987, his second wife Alice (Bauer) in 1996, a brother Charles, three sisters Florence Keiser, Irene Fauver and Alice Tressler.

Donations may be made to the Pioneer United Methodist Church. Condolences may be sent online at www.thethompsonfuneralhome.com