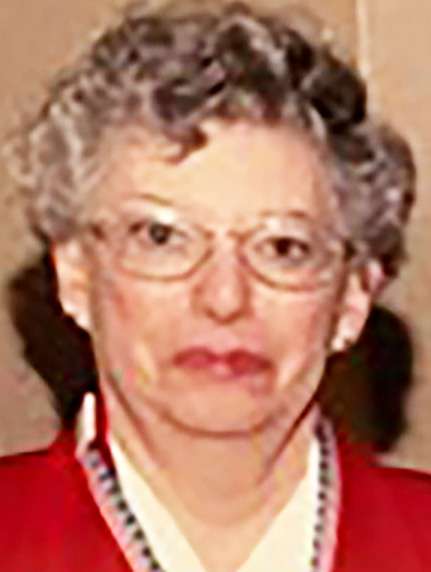 Phyllis M. Herrington, age 86, of Colon, Michigan, and a longtime resident of the Bryan, Ohio, area died at12:45 P.M. on Thursday, October 20, 2022, at Ascension Borgess Hospital in Kalamazoo, Michigan, after a brief illness.

Mrs. Herrington was a 1955 graduate of Edgerton High School and was employed by the Bryan City Schools for many years, retiring in 1997.

Her memberships included Wesley United Methodist Church, Bryan Moose Lodge #1064, Bryan Eagles Aerie #2233, Williams County Conservation League, and the NRA, of which she was a Life and Endowment member and earned the Marion P. Harmon Women of Distinction Award and placed 1st in the NRA Women on Target Small Bore Rifle Match in 2013.

She also was one of the first female teachers of the Division of Wildlife Hunter Education courses, which she taught for many years.

Phyllis enjoyed working with her husband at Camp Perry during the National Small Bore Rifle matches for fifteen years and was an avid hunter who enjoyed hunting big game, especially wild boar in Kentucky and Tennessee.

She was a longtime member of Bryan Chapter #284, Order of the Eastern Star, of which she was past Worthy Matron, and a member of Dandora Ladies Shrine Chapter #10.

Phyllis M. Herrington was born on February 7, 1936, in Paris, Illinois, the daughter of Dean K. and Julia F. (Baldwin) Moore. She married her husband of nearly sixty years, Lloyd E. Herrington, on February 22, 1958, and he preceded her in death on September 21, 2017.

Visitation will be held on Tuesday, October 25, 2022, from 4:00-7:00 P.M. in the Krill Funeral Home, 114 East Hull Street, Edgerton, Ohio, with Eastern Star services to follow at 7:00 P.M. in the funeral home. Services will be held on Wednesday, October 26, 2022, at 11:00 A.M. in the Krill Funeral Home, Edgerton, with Reverend Doug Widdowson officiating. Interment will follow in Maple Grove Cemetery, Edgerton.

Memorials are requested to Shriners Hospitals for Children