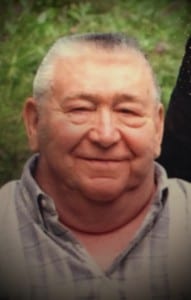 Richard J. Miller, age 81, of Archbold, passed away Friday evening, May 29, 2015 at the Fairlawn Haven Nursing Home in Archbold. Prior to is retirement he had worked as a farmer, truck driver, cabinet maker and a maintenance worker in Franklin Township.

Richard was born in the Village of Elmira, in Fulton County, Ohio, the son of Ralph J. and Florence M. (Bernath) Miller. On September 1, 1956 he married Geneva M. Gautsche, and she survives. He had served in the U.S. Air Force from 1953 – 1957 during the Korean War, specializing in ground radio repair. He was a member of the Fulton County Farm Bureau and the Archbold American Legion B.L.W. Post 311. He enjoyed woodworking, reading, doing puzzles, and playing Bingo at the Senior Center.

Visitation for Richard will be held from 4:00 P.M. until 8:00 P.M. on Tuesday, June 2, 2015 at the Archbold United Methodist Church, and again on Wednesday from 3:00 P.M. until 4:00 P.M., then a memorial service will be held at 4:00 P.M., with the Rev. David David, officiating. A private family interment will be in the Smith Cemetery, where members of the Archbold American Legion Post will accord Military Rites.

The family requests that memorial contributions be given to Fairlawn Retirement Community, Heifer International, Fulton County Senior Center, or the Wounded Warrior Project. Online condolences may be offered to the family at www.grisierfh.com. Grisier Funeral Home in Archbold has been entrusted with arrangements.