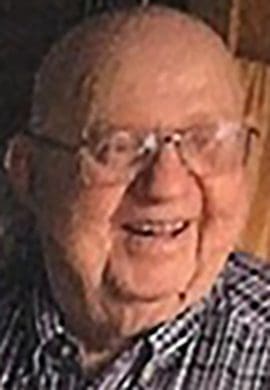 Mr. Stevenson was employed for more than twenty years at the 50 Corporation in Bryan while farming and upon his retirement he became a full time farmer.

He was member of St. Patrick Catholic Church and the Holy Name Society.

Richard J. Stevenson was born on May 1, 1930, in Liberty Center, Ohio, the son of Harold and Wanetta (Minsel) Stevenson.

He was preceded in death by his parents, one son, David Stevenson, two grandchildren, and two sisters, Wanda Aschemeier and Madonna Hammons.