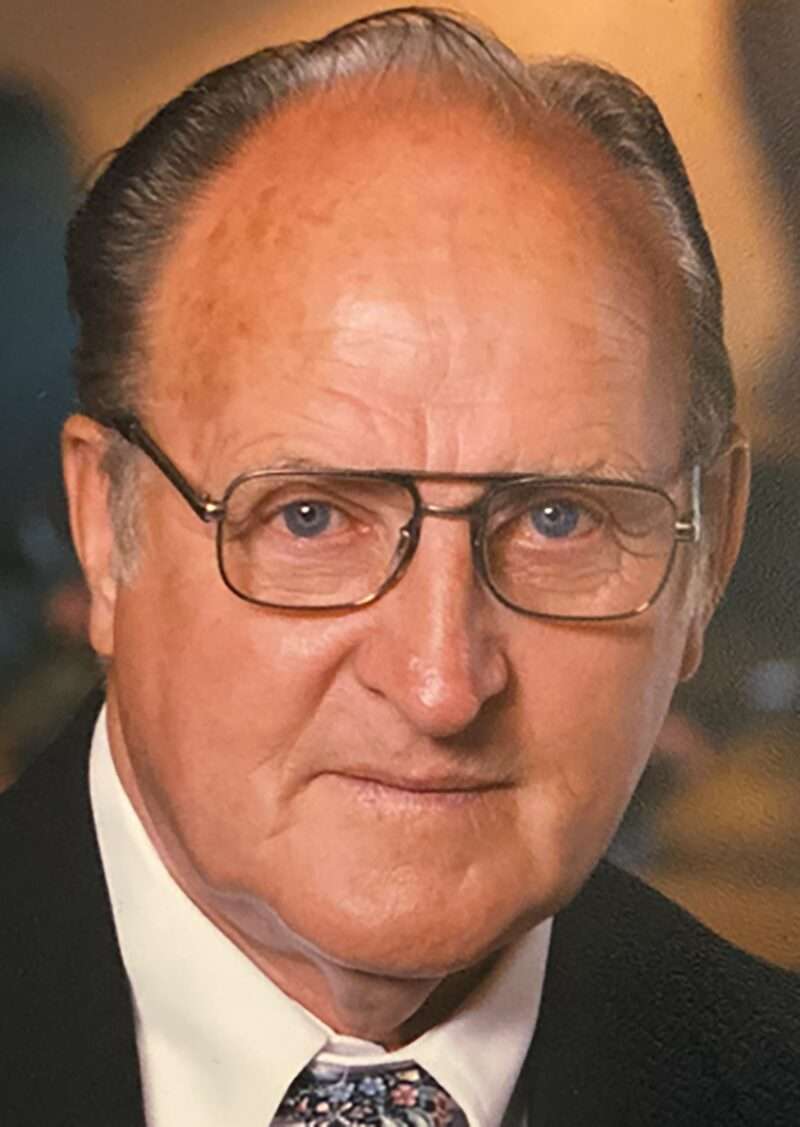 Robert A. Lantz, age 94, peacefully passed away from this life into Jesus’ presence on December 10, 2021.

Bob was born November 5, 1927 at home in Pettisville, OH, to parents Ammon Jesse and Erma Mae (Buehrer) Lantz.  He was the eighth of nine children.

Bob played basketball and softball in school and loved to hunt with his bothers. He worked at an ice house for Joe Dominique where they cut ice blocks from a nearby pond.

He liked to tell us how they would cut smaller pieces of ice and eat them like popsicles. He also worked for Joe’s grandpa Simon Rychener who raised sheep. He said the sheep would follow them and then they would load them on trains.

He graduated from Pettisville High school and then in 1946 he was drafted on order to go to Korea during WW2. Before he left, the war ended, but he was kept in Fort Lewis, Washington to build up the second division.

After the war he worked at the hardware store in Napoleon, the chicken dressing plant in Wauseon, Lugbill auction in Archbold and Toledo Edison, where he retired.

He met and began dating Charlene Mae Short in 1949. They were married on June 30, 1950.  They lived in the Archbold area all of their married lives.

Daughters Pam, Sandy and Dawn were added to their family. Bob loved Jesus, his family, and saw everyone as a child of God.

In his prayers, he always ended with “be with those who are less fortunate than we are,” and he didn’t stop there: He had a true servant’s heart and cared for his family and those in his community in many, many ways.

Throughout his life, he was involved in jail ministry, serving at Cherry Street Mission, making trips to take clothes and food to Toledo and serving in many areas at Victory Barn church in Edgerton, OH.

Short Funeral Home in Archbold has been entrusted with the arrangements. The family suggests that memorials be given to Shepard’s Circle. www.ShortFuneralHome.com

To plant Memorial Trees in memory of Robert A. Lantz, please click here to visit our Sympathy Store.