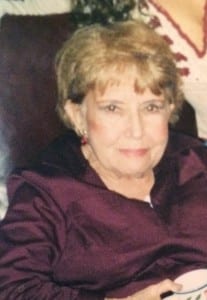 Rose Nina Arias, age 84, of Napoleon, and formerly of Wauseon, passed away Sunday morning, June 28, 2015 at the Orchards of Northcrest in Napoleon.

Mrs. Arias was born in Mayfield, Michigan on February 13, 1931, the daughter of George and Mary (Alt) Phillips. On October 5, 1957 she married Juan Antonio Arias, and he preceded her in death in 2006. She was a member of the Church of God in Wauseon where she had taught Sunday School for 35 years.

The family requests that memorial contributions be given to family choice. Online condolences may be offered to the family at www.grisierfh.com