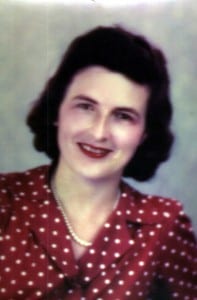 Rosemary Peerboom 95 of Montpelier, chose to do Hair in the Heavens, Wednesday afternoon.  She was born on August 22, 1917 in Detroit Michigan.  Rosemary graduated from the Delmar School of Cosmetology in Detroit in 1936.  She lived at Little Long Lake in Camden Michigan for 40 years before moving to Montpelier in 1987. Rosemary loved to travel, including visits to Denmark, Belgium, Germany and Austria.

Rosemary was a cosmetologist for over 70 years retiring in 2006.  In that time, she owned and operated Rosemary’s Beauty Shop on Little Long Lake and the Bronze Door in Montpelier.  She was a member of the First Church of Christ Scientists of Hillsdale, Smithsonian Institute, Woman of the Moose in Bryan and Golden Honorary Member of Michigan Cosmetology Association.

She was preceded in death by her parents, Herluf & Hilda Midtgard, husband LeRoy A. Peerboom, five brothers; Chuck, Bill, Eddie, Fritz and Milton Midtgard, and one step son Richard Peerboom.

Services for Rosemary will be held Saturday, November 10th at 1pm at the House of Prayer in Montpelier with Pastor Don Harris to officiate.  Visitation hours will be on Saturday from 11 am until the time of the service at the church.  A private interment will be held on Sunday at the Sunset View Cemetery in Jonesville Michigan.  In lieu of flowers donations may be made to the First Church of Christ Scientists 1402 Hudson Road, Hillsdale, Michigan 49242 or to the family for the great-grandchildren’s college education.   Condolences may be made online at thethompsonfuneralhome.com