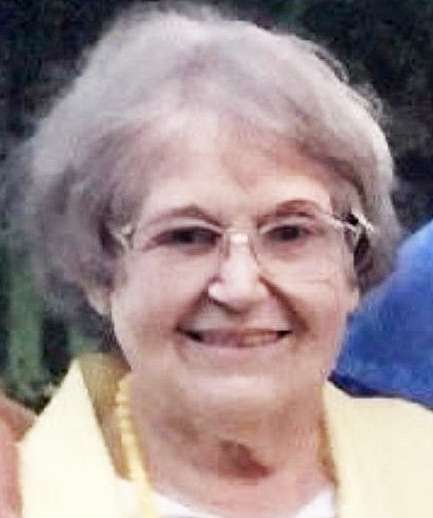 She was born August 29, 1936 in Delphos, Ohio to George and Agnes (Kriscamp) Wallen.

Roxie worked for KC Bowling Lanes in Swanton for twenty plus years and was a youth bowling coach.

She was an avid reader and Jeopardy game show enthusiast. In 2002, She took a trip of a lifetime, traveling to New Zealand, Australia and Fiji.

Roxie loved her family dearly. She will be remembered for her talented gift of cooking and baking amazing birthday cakes for the special people in her life.

In her spare time, she enjoyed listening to music, particularly Elvis Presley. Roxie also had a fondness for old John Wayne and James Dean movies.

Besides her beloved husband of 63 years, Bob, Roxie was preceded in death by her parents, George and Agnes Wallen; 2 sisters; mother and father-in-law, Rosella and Walter Dowling; brother-in-law, John Dowling and sister-in-law, Marion Onweller.

Visitation will be held Monday, December 19th from 10:00 a.m. to 11:00 a.m. at Holy Trinity Catholic Church in Assumption, where a Mass of Christian Burial will begin at 11:00 a.m.  Interment will follow at St. Mary’s Cemetery.

Memorial contributions may be made to the American Heart Association or American Cancer Society.