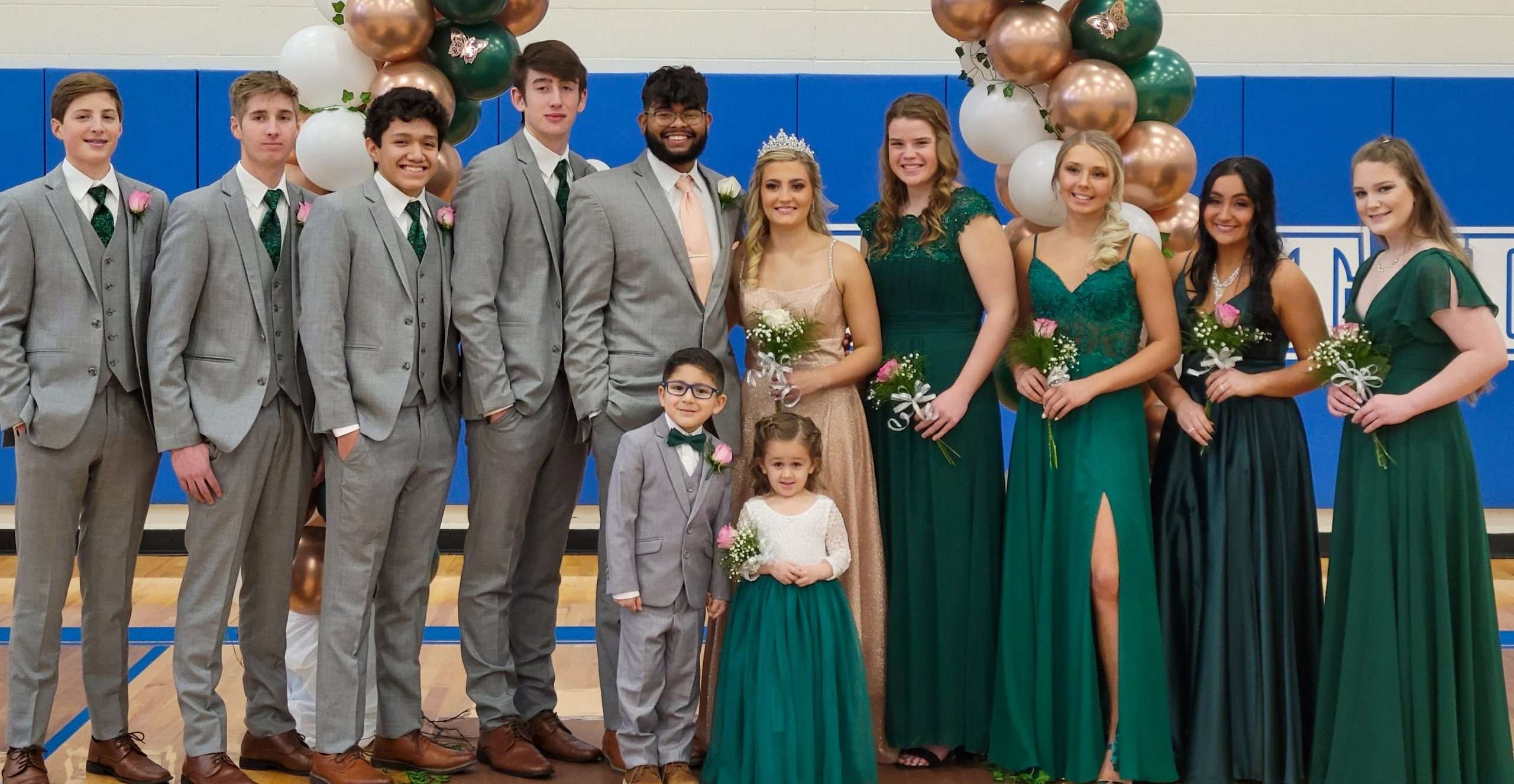 Stryker held their Basketball Homecoming on Saturday, January 15, 2022, during a game against Tinora. This year’s theme was “Forest”, the colors were green and rose gold, with “All of Me” by John Legend chosen by the King and Queen as the song for their court.

Freshman Attendants were Daniella Cheeseman and Daniel Donovan. Daniella is the daughter of Brian and Susan Cheeseman. She has an older brother Matt, a younger brother Aaron, and a younger sister Breanna. She is involved with basketball, volleyball, FCA, cheer, youth group, quiz bowl student, and council here at school.

This loud, energetic and positive freshman says her hobbies include writing, listening to music, and hanging out with her friends or family. Her favorite food is lasagna or potato soup. Daniella says her ideal Saturday night is hanging out with friends.

She says she would like to visit Rome or Greece because it’s pretty and would be cool. After High School, Daniella plans on going to college then working somewhere in social work.

Daniella was escorted by Daniel Donovan, the son of Abby and Mike Donovan. He has one older brother Michael, a younger brother William, and two younger sisters Anna & Ellie. This funny, competitive and athletic freshman enjoys sports and hanging out with friends.

Daniel says his favorite food is steak. Daniel has stated his ideal Saturday night would be hanging out with his friends and watching football.

His favorite TV Show is “SportsCenter”, and his favorite movie is “Cool Runnings.” He would like to visit the Bahamas because it’s hot and there’s an ocean, and his future plans are to play college basketball and see where life takes him.

The sophomore class chose Adysen Andres and Michael Donovan as their attendants. Adysen is the daughter of Adam Andres and Heather Kerr. She has three younger siblings Noah, Liam, and Jeter. She is involved with volleyball, softball, basketball, student council, and FCA. Her hobbies include watching Netflix, sports, and sleeping.

This awkward, short and loud sophomore said her favorite food is chicken and rice. The three things she would bring with her on a deserted island would include her phone, her mom and a boat so she could leave.

Her ideal Saturday night would be hanging out with friends and watching Netflix. Her future plans are to attend college, travel the world, get married and start a family.

Adysen was escorted by Michael Donovan, the son of Mike and Abby Donovan. Michael has four younger siblings: Daniel, William, Anna, and Ellie. Michael is involved with golf, basketball, track and FCA. His hobbies include eating and sleeping.

This chill and quiet sophomore has stated his favorite food is tacos. Michael’s favorite book is “The Lorax”, favorite TV show is “Outer Banks”, and favorite movie is “Remember the Titans.”

Michael’s dream vacation would be to Hawaii so he can surf. His future plans are to get married, start a family, and become rich.

The Junior Class was represented by Lexi Wickerham and Mateo Villanueva. Lexi is the daughter of Jenni and Shawn Wickerham. She has a younger brother Braylen and a younger sister Callie. She is involved with basketball and cross country.

Her favorite movie is the entire “Jurassic Park” series. Lexi has stated that she would like to visit Iceland to see the Northern Lights. Her plans after high school include going to college to become a radiation therapist. 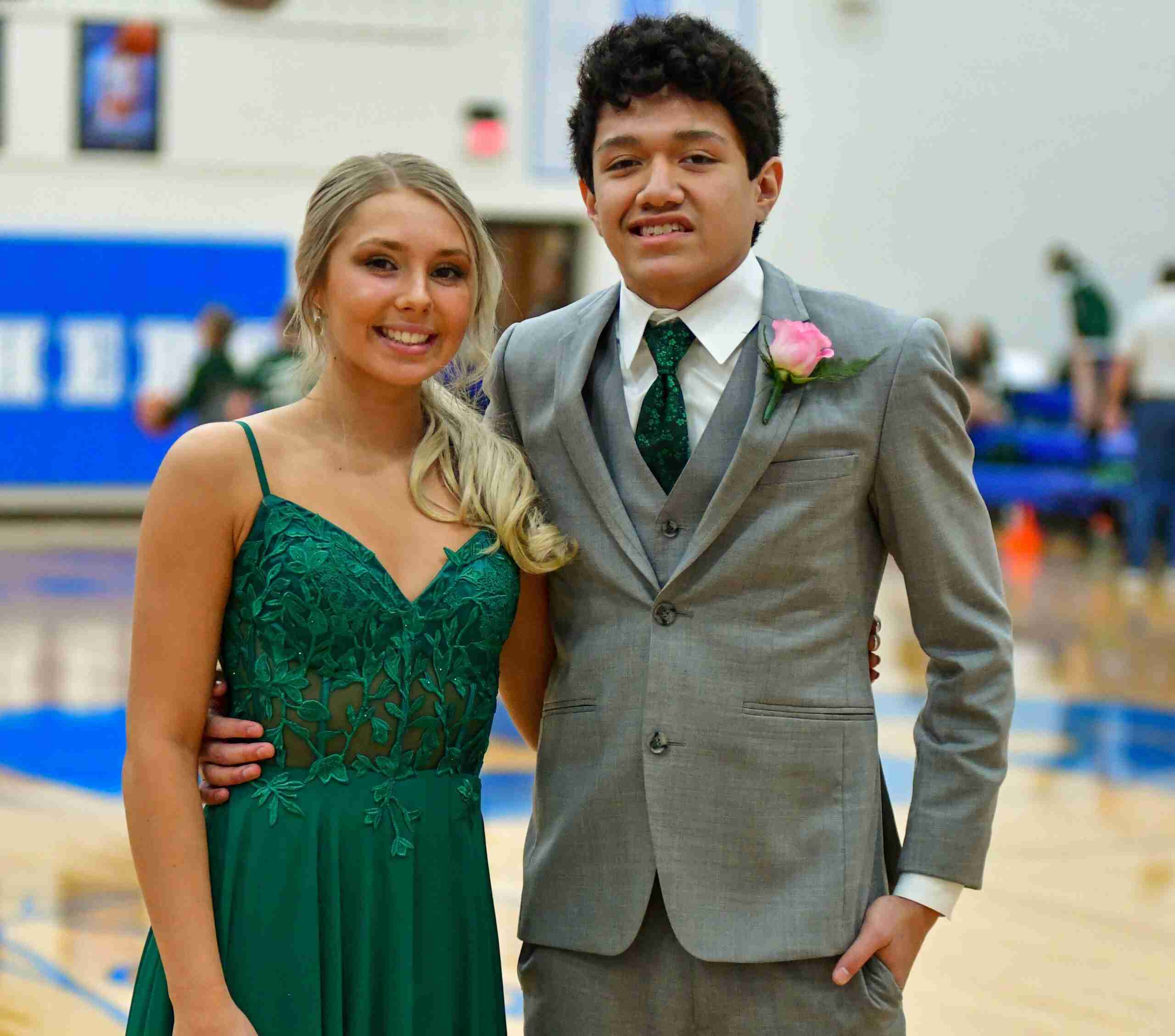 Lexi was escorted by Mateo Villanueva, the son of Jazz Villanueva and Sonia Castillo. He has an older brother Emanuel. He is involved with basketball and football. His hobbies include hanging out with friends.

This funny, chill and outgoing junior has stated that if he were stranded on an island, he would want water, food, and friends. His favorite movie is “Grown Ups” and favorite tv show is “That 70’s Show.” Mateo has stated that for his future plans he’ll figure it out.

The Senior Class of 2022 selected Marissa Myers and Peyton Cioffi as their senior attendants. Marissa is the daughter of Janet and Keith Myers. She has an older sister Kinsey and younger brother Jacob.

She is involved with basketball, softball, FCA, church youth group, and Student Council. She often enjoys sports, eating, and hanging out with friends. This funny, kind and dedicated senior has stated her favorite food is steak.

Her ideal Saturday night would be hanging out with her friends. Her favorite movie is “The Sandlot.” Her plans for the future include going to college and just going with the flow.

Senior attendant Peyton Cioffi is the son of Tracy and Tony Cioffi. He has an older brother JT and an older sister Mason. During his time here at Stryker he has been involved in basketball.

He likes to spend his time playing basketball and going to church. This stubborn, sarcastic and gloated senior has stated his favorite food is chicken bacon ranch pizza.

The class of 2034 were represented by Addison Stuckey and Zion Cantu. Addison is the daughter of Christy and Tim Stuckey. Addison has a younger sister Charlotte. She enjoys making cookies, coloring, playing with her goats, riding her bike, and helping her mom plant flowers.

Her favorite movies are “Brave” and “Home Alone.” Her favorite food is Cinnamon Toast Crunch. When she grows up, she said she would like to be a farmer. If Addison could meet anybody it would be Ryan the Youtuber from Ryan’s World. She likes to watch all of the experiments and adventures he goes on. She would like to go on adventures too.

The crown bearer was Zion Cantu. Zion is the son of Lina Avila and Jake Cantu. During his free time, he likes to play in gym class, play freeze tag with his friends, play games on his iPad, and play board games. His favorite movie is “Raya,” and his favorite food is Mac-n-cheese.

When he grows up, he said he wants to be a teacher. If Zion could meet anybody it would be Ryan from Ryan’s Toys Review because he has lots of toys at his house and Zion would like to play with the toys with Ryan.
Homecoming King and Queen from the class of 2021 were Kinsey Myers and Amos Sloan.

Kinsey is the daughter of Janet and Keith Myers. She has a younger sister Marissa and younger brother Jacob. Her hobbies include running, movie and game nights with friends, and watching Hallmark movies.

She is currently at Bluffton University majoring in Sport & Recreation Leadership and Minoring in Coaching. Kinsey also runs indoor and outdoor track at Bluffton. Go Beavers!

Her favorite memory of high school is playing sports and going to games to cheer on the guys with all of her friends.

Amos is the son of April and Scott Sloan. He has an older brother Otis and an older sister Abby. His hobbies include hanging out with friends and family.

He currently owns and operates Sloan pressure washing. Amos also washes hog barns and helps his family farm. His fondest memory of high school is playing football and basketball with all of his friends.

The student body of Stryker High School selected Teyvon Harris and Haylee Fulk as their 2021-2022 Homecoming King and Queen. 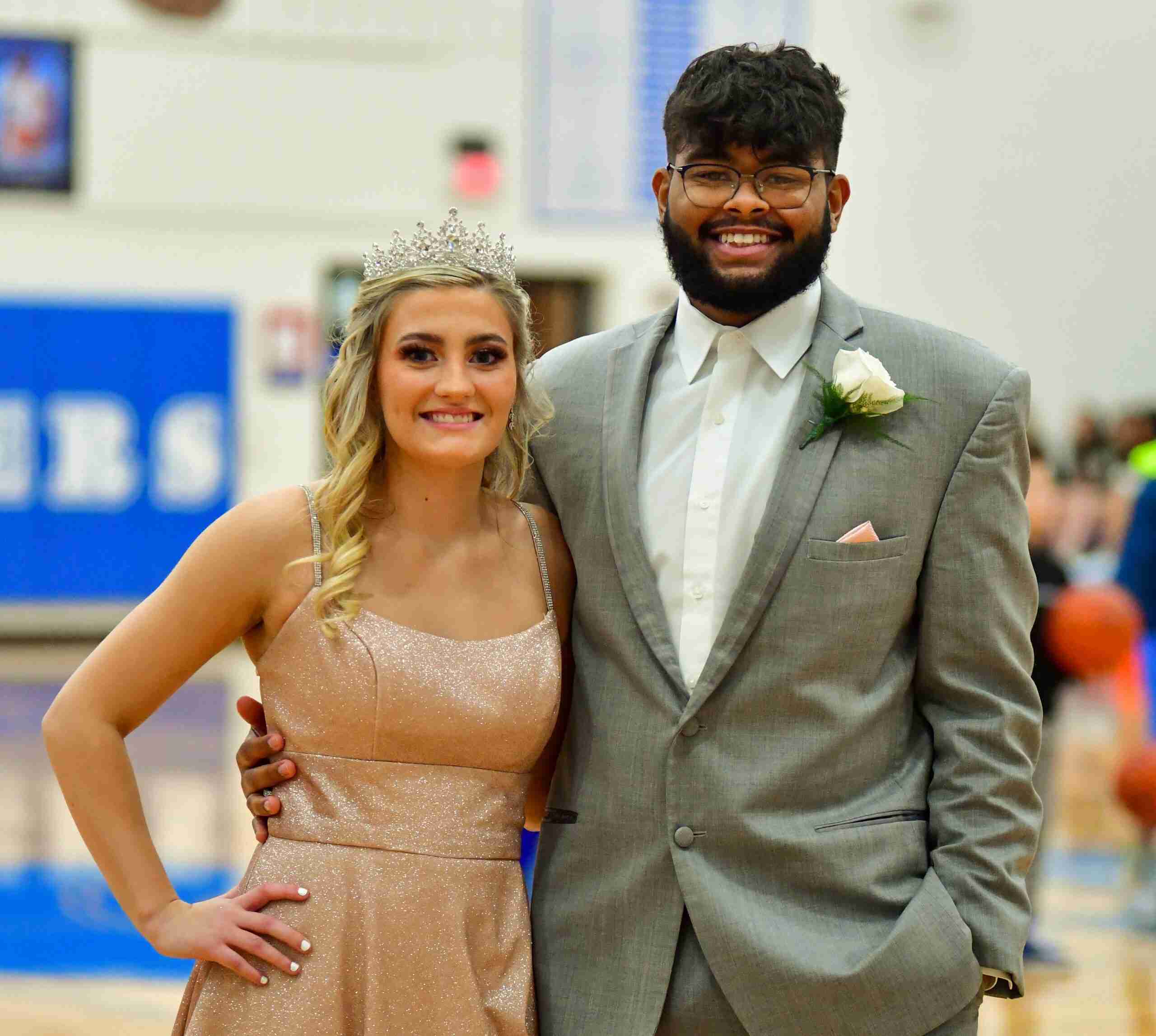 Homecoming Queen Haylee Fulk is the daughter of Coleen and Shaun Fulk. She has four younger sisters, Emma, Addalee, Abby, and Lily.

She is involved with Art and Spanish club, FFA, Volleyball, Basketball and Softball. Her hobbies include being a mom and hanging out with her boyfriend and family.

This caring, funny and outgoing senior said her favorite food is BBQ Ribs with mashed potatoes.

Her ideal Saturday night is hanging out with her daughter and boyfriend. Her favorite TV Show is “That 70’s Show” and her favorite movie is “Blended.”

If she could travel anywhere, she would go to Paris because she would love to see the Eiffel Tower at night. Her plans for the future are to go to college for early childhood education, get a job, get married, and continue her family.

Homecoming King Teyvon Harris is the son of Tasha Vanauken. Teyvon has an older sister Jaden. He is involved with Basketball and FFA.

His hobbies include listening to music, playing basketball, playing video games, and hanging out with friends. This funny, athletic and nice senior said his favorite food is tacos.

If he was stranded on an island, he would bring his mom, a fishing pole and a plane to get back.

His ideal Saturday night includes chilling with the boys and watching scary movies. His favorite book is “Children of Blood and Bone”, favorite tv show is “Rick and Morty” and his favorite movie is “IT: Chapter 2.”

He would like to travel to North Carolina because it’s beautiful, has great seafood, and he likes to be at the beach.

Teyvon’s plans for the future include graduating high school, finding a full-time job, buying a house, and starting a family. 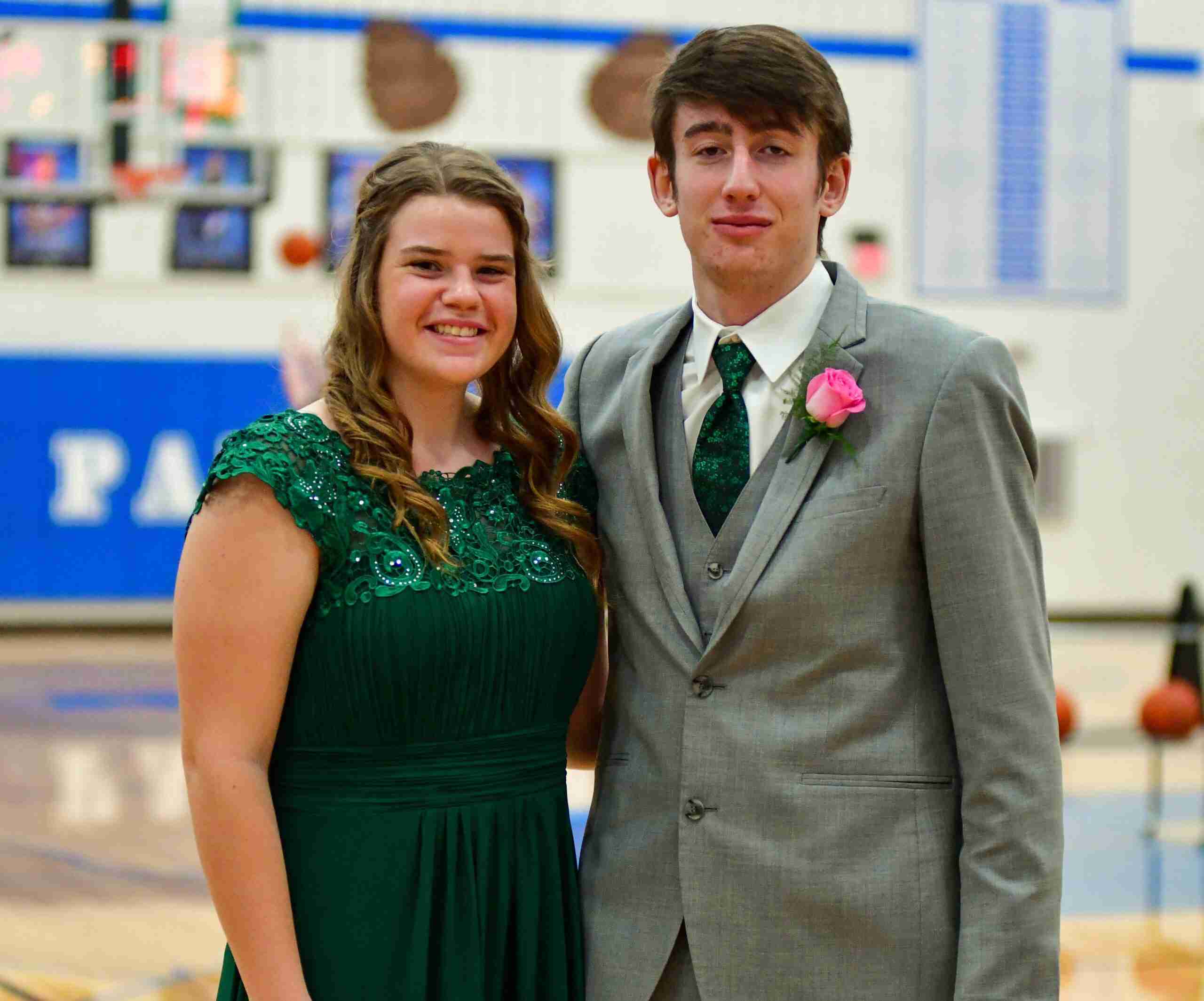 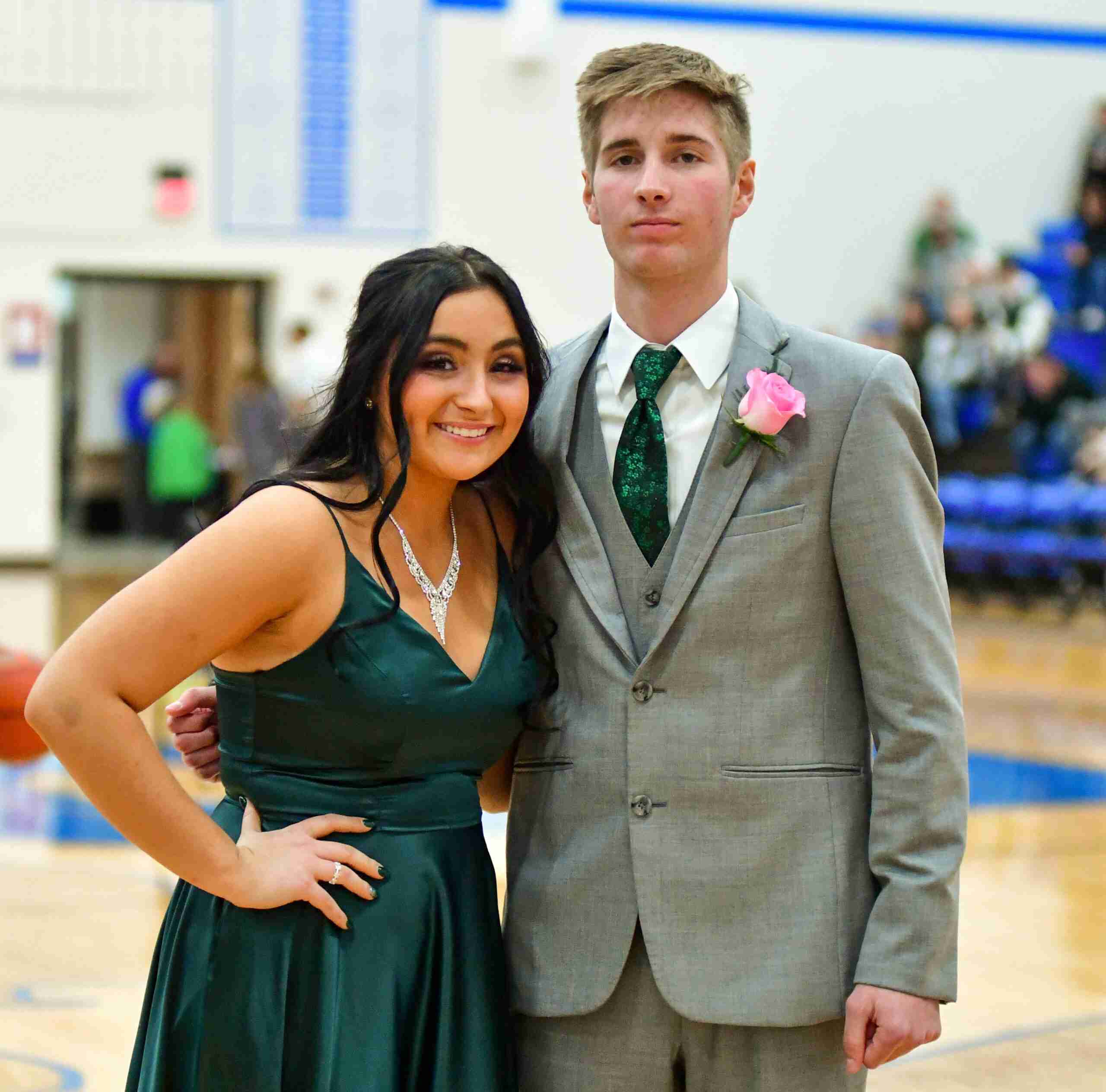 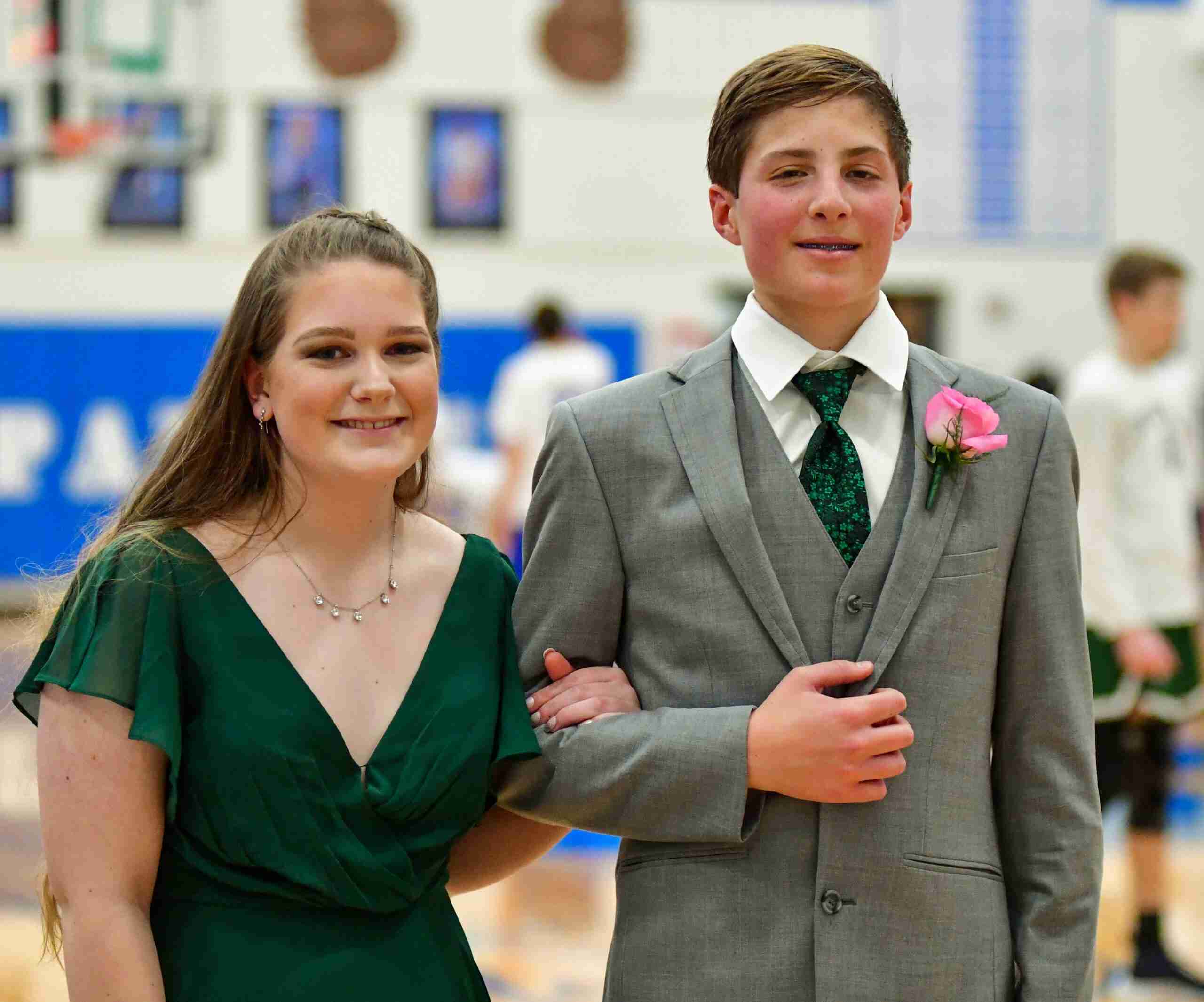