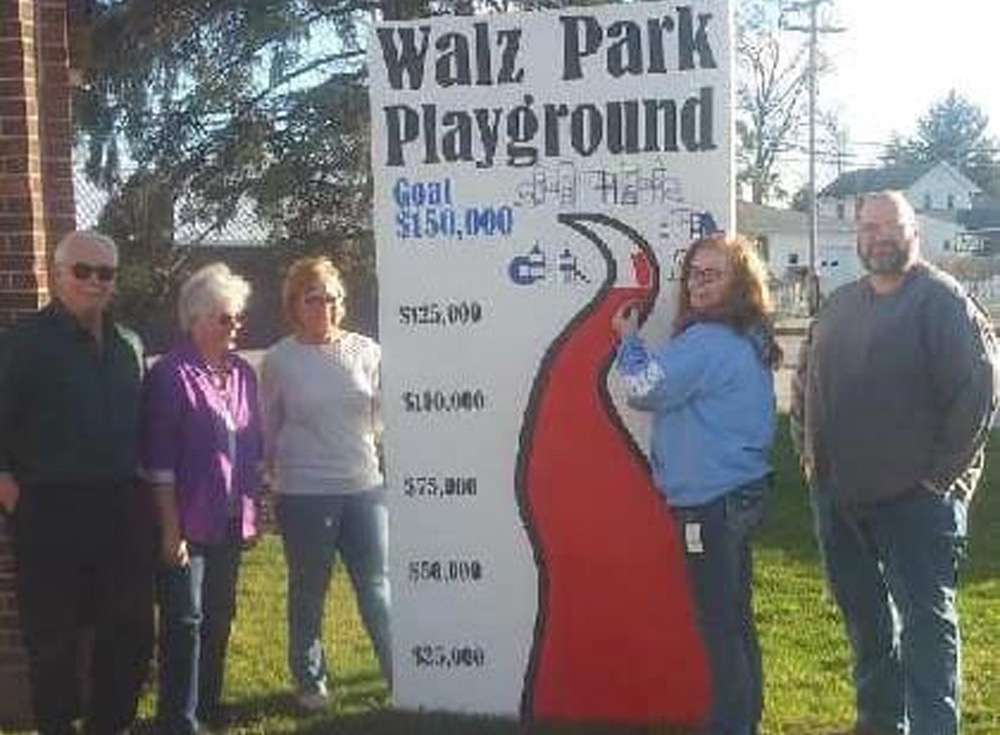 In the Village of Edon, the Walz Park goal of $150,000 was reached in April 2022. There to rejoice together as Patti Eicher painted the final stretch, were

Mayor Duane Thiel, Jo Ann Luce, Heidi Bidwell, and Chad Ordwell. Also there, and taking the picture, was Lee Lawrence who has been very much involved in a lot of the leg work in getting the big contributors.

Heidi Bidwell, who is on the Edon Foundation Board shared in a phone interview that they began raising the funds in October of 2021 and are so thrilled with the generosity of the community in raising this amount so quickly.

Since the last report on this project, the Bryan Area Foundation made a donation of $50,000 in mid-March that will go toward the all-inclusive side of the playground.

They are still raising funds for that side of the playground, and will be putting up a new sign soon to show the progress for that.

By the end of the summer, they will have the first portion of the playground up and ready for the kids.