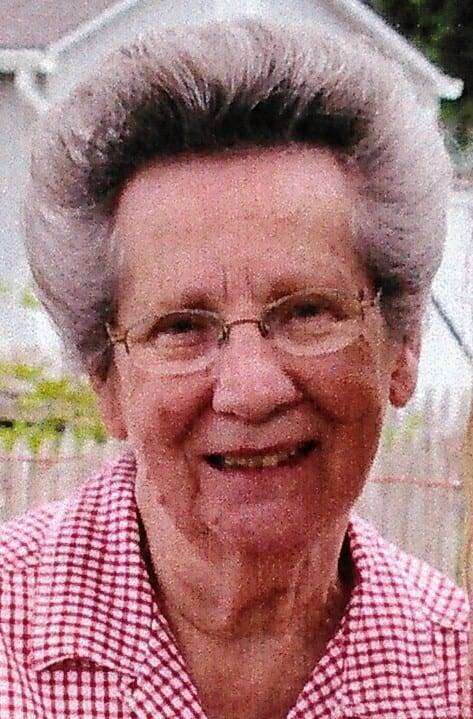 Virginia Rose Abrigo, age 79, of Delta, went to be with Jesus on October 28, 2017, at her home with family gathered around.

She was born, at home, in Delta on November 29, 1937 to the late Clifford Reckner Sr. and Estella (Mead) Reckner.

Virginia or as some knew her, Ginny, was a kind and caring mother who loved her family very much and was deeply devoted to Jesus.

On October 31, 1954 she married Fernando Abrigo in Tedrow, OH. Together they had 6 wonderful children. She worked for McCord Gasket in Wauseon for many years she later worked for Wal-Mart in Wauseon as a greeter. She was an active member with the First Apostolic Church in Toledo. There she oversaw baptisms, polished the brass and was willing to help in any way she could. She had a real servants heart. Virginia also enjoyed working in the yard, caroling, making chocolate suckers and spending time with family. She was happy to have gone to her first Christian Concert in 2016. Her home was always open whether you were family or not, especially during the holidays.

Contributions may be made to the Victory Center, 5532 Central Ave. Suite B, Toledo, OH 43615 in her memory. Online condolences may be offered to the family at www.deltafh.com