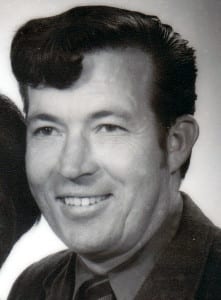 William H. Iler, 76 a resident of Montpelier since 1994 and formerly of Defiance, Ohio died peacefully in his sleep Monday morning, March 11th at Hillside Country Living in Bryan. He was born on January 17th 1937 in Paulding County, Ohio to Charles E. and Thelma (Eakins) Iler. On August 9th 1969 he married Sharon L. Mottashed in Ayersville, Ohio and she preceded him in death on November 21st 2011.

Bill graduated from Paulding High School in 1955 and then served his country in the US Navy. After the military he worked for numerous years as a professional photographer at Johnson Photo Shop and Paul March Studios both of Defiance. Bill worked for General Motors in Defiance for 21 years as a general laborer.
Bill was a former member of the VFW in Paulding, Ohio.

Bill was preceded in death by his parents, wife Sharon, a brother Jack Iler, and a sister Donna Neidthart.
A time to receive friends for Bill will be on Wednesday, March 13th from 4-8 pm at the Wilson-Geesey Funeral Home in Montpelier. Donations in memory of Bill can be made to the Williams County Veterans Memorial Building Fund. Condolences can be done on line at thethompsonfuneralhome.com