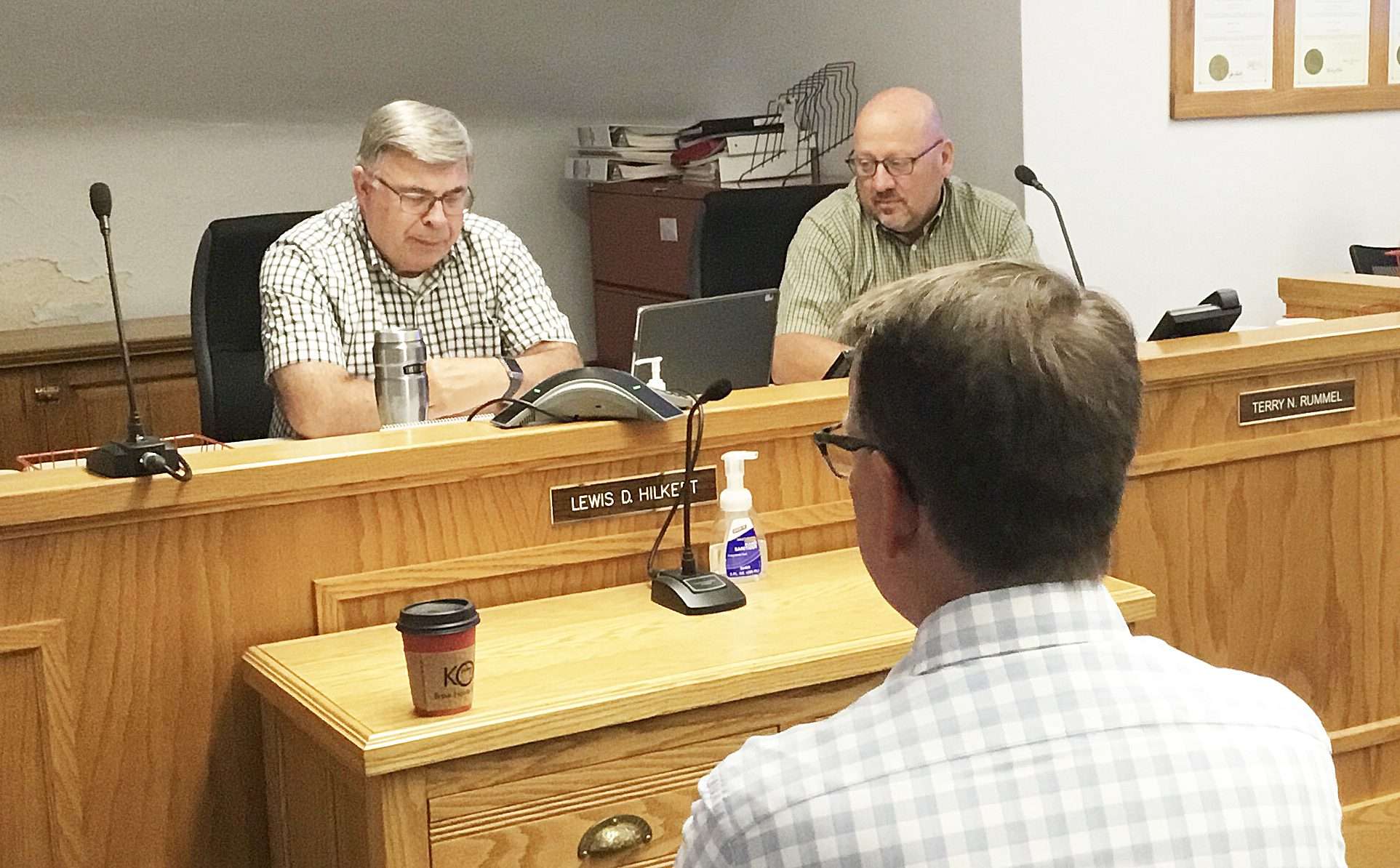 Monday morning, June 13, 2022, held a general session; executive session with Todd Roth and Vickie Grimm; annexation hearing with Attorney Katie Rakes; and a WC Planning Operations update with Maumee Valley Planning Organization and Todd Roth. All were held between 9 and 11 a.m. in the Commissioners Chambers.

During the General Session, the commissioners approved:

-Resolution 170 Supplemental appropriations on behalf of Commissioners and Coroner

-Resolution 171 Addendum #2 to Out of County Transfer Agreement on behalf of EMS, with the hospital

Following a short recess, the commissioners met with WC Engineer, Todd Roth, and WC Auditor Vickie Grimm for an executive session in regards to employment. There was no action taken.

The annexation hearing with West Unity Attorney, Katie Rakes, began at 10:05, concerning a petition for annexation into the village.

Commissioner Terry Rummel asked the procedural questions of Clerk Anne Retcher, and finding them to be all in order, asked if there were any questions to any parties.

Commissioner Lew Hilkert asked Ms Rakes about the property being annexed as shown on a map which she had handed out to those present.

His question was if it will be contiguous to the township and if so, has the township expressed any opposition to the annexation.

She answered yes, it is contiguous and no, there has been no opposition, adding that the township actually filed a resolution accepting the annexation which was filed with the clerk on Friday.

“Since both municipalities and townships consent, this board on Thursday, June 16, 2022 will pass a resolution granting for annexation to be entered into the board’s journal and a copy will be forwarded to the agent of petitioner.”

A meeting was also held with Engineer Todd Roth present in person, and MVPO Dennis Miller on a conference call.

Their reasons for the needed change were as follows:

-Regional requires 30 plus people, but only around 7 or 8 show up for meetings

-County would only have 11 members, representing municipal, township, , health department and real estate, as well as the commissioners and engineer, making it easier to maintain a membership

-Finances would flow through county auditor

-Regulations need to be reviewed and updated for lot splits and variances. A smaller group would make that much easier. They also need to be ready if Port Authority has a group that wants to build a sub-division in the county.

-The services would essentially be the same.

It was agreed that the first step would be a Resolution from the commissioners to create the County Planning Commission.

Next, they would have an organizational meeting made up of the three commissioners, Roth, someone from the Health Department, a couple Township representatives, a couple municipal representatives and possibly a real estate person or the County Auditor “since they perform a real estate function on their recordation.”

During the first organizational meeting they would appoint committees – By-laws Committee, Nomination committee to set up the leadership, etc.

Miller said that he has the legislative materials to assist in creating the resolution that would contain the membership structure for the commission. The group would establish regular meeting dates for public records and public notification.

Commissioner Hilkert asked what role Miller would play and he explained that he would be Ex-officio. They clarified that a fund would be set up as an entity of the County Commissioners so it would be a line item under the general budget.

It was also determined that this needs to be taken to the monthly Mayor’s Meeting and the Township Association meeting that is coming up in August, to make sure they are all fine with this changeover, or redirection. They agreed to move slowly, “so everyone is on the same page.”

Miller suggested that they ask the Township Assoc. and the Mayor’s group to recommend two members each to put on the commission, to ensure they have input in decisions made by the commission.

Miller agreed to attend the Township meeting in case there are questions. Hilkert recommended that he contact this year’s chair of the Mayor’s association, Holiday City Mayor Pam Clark, to check about getting on the agenda for their next meeting.

The commissioner made it clear that if the mayors and townships are for it, they are all for it. “I think it will benefit both the municipalities and the townships, so I don’t see them objecting to it, but they need to be aware of it,” Hilkert said.

Miller said he will start gathering the info needed for those two presentations and their hope is that they will be able to start forming it by January 1, 2023. With no further business for the day, the meeting adjourned.

On Thursday morning, July 16, 2022, a short regular session and a Joint Ditch meeting were held. During the regular session which began at 10 a.m. the commissioners voted to approve:

Via ZOOM, the commissioners met with the DeKalb County Commissioners and a few others to talk about Joint Ditch #670 Herman.

Present via Zoom were Brian Fritsch, Bill Hartman, Michael Watson, Atty Krause and Michelle Lassiter. WC Drainage Engineer Brian Fritsch explained that they are asking for a collection of $25,000 for 2023.

Currently the ditch stands with a negative $2,314 balance and they want to bring the ditch maintenance fund for that ditch back up to 20% unencumbered.

Following further detailed explanations and discussion it was agreed that Williams will cover 44.4% of the breakdown and DeKalb will cover 55.9%.

DC William Hartman made a motion to approve Resolution 177, with WC Lew Hilkert making the second. Roll call showed all in favor of getting that fund exchange taken care of for Ditch #670.