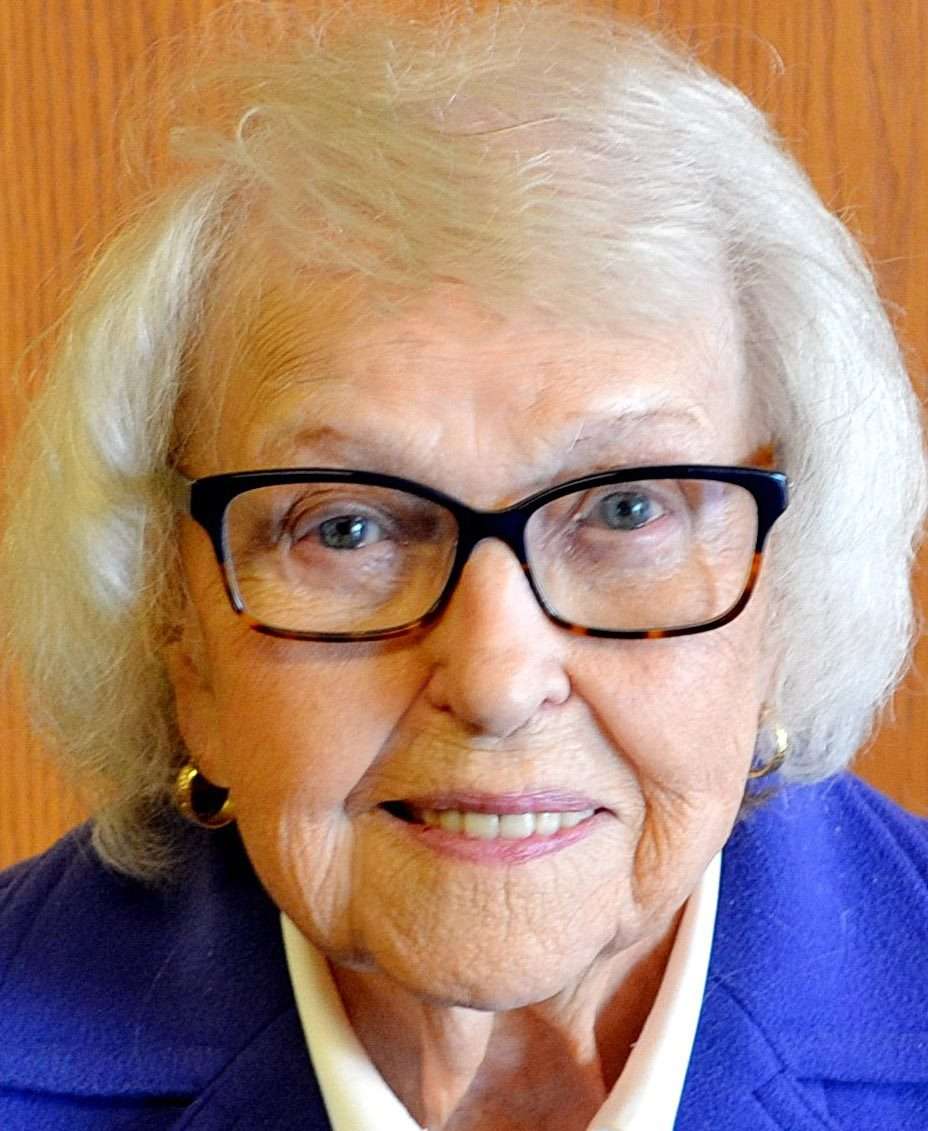 After graduation from high school in New Haven, she worked as a telephone operator, and met her future husband, Robert W. Replogle, at a USO dance while he was stationed in the U. S. Navy in New London, Connecticut.

After their marriage on Sept. 8, 1945, the couple moved to Bob’s hometown of Bryan, Ohio.

Doris was preceded in death by her parents, her twin sister, Ruth Baldwin, and her brother, Harry Norton.

Doris was primarily a homemaker, but worked for a time as an operator for General Telephone in Bryan and later for an interior designer making custom draperies and other décor items.

An accomplished seamstress, she sewed many of her own and her children’s garments and shared her sewing skill as a 4-H club advisor.

She was proficient in many forms of needlework, including knitting, embroidery, applique, smocking, hooking, and counted cross stitch. In later years, quilting was her passion.

A 73-year member of Wesley United Methodist Church, she had been a Sunday School teacher; belonged to Crib and Cradle Circle and later Serendipity Circle; was for many years part of the Altar Guild, and especially enjoyed attending the Sojourners Sunday School class.

With her friend, Marilyn Sachs, she designed and made seasonal paraments for the church sanctuary.

Due to the ongoing pandemic conditions, a Celebration of Life service will be held at a later date. Arrangements are in care of Oberlin-Turnbull Funeral Home, 206 North Lynn Street, Bryan, Ohio.