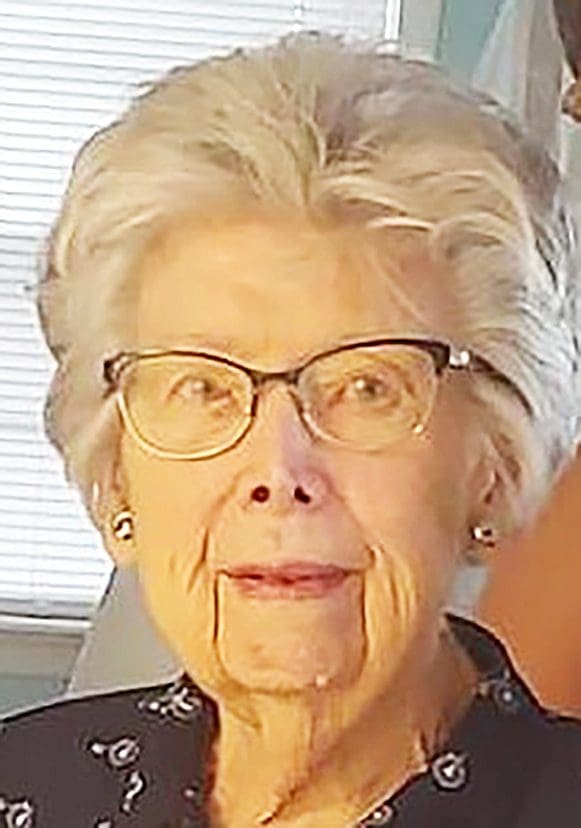 Helen was a part of the family business, Mohawk Tools in Montpelier, founded by her father in 1950s and she served on the board of directors of Mohawk Tools.

She also worked alongside her husband at Cobb’s Ace Hardware in Montpelier.

Helen graduated from Cass Technical High School in Detroit where she was taught art.

She was an artist in her younger years and she wanted to go into fashion design, but went to Mohawk to work instead.

In addition to work, Helen enjoyed playing bridge and entertaining. When she and Al moved to Sarasota, Florida, she participated in a monthly bridge club and was a part of the preparation of parties for the Zenobia Sahib Shrine of which Al was a member.

Helen and Al traveled including one trip to Hawaii with the Shrine and one trip to Shannon, Ireland, for a director’s meeting at the Mohawk Europa plant in Ireland.

The couple also attended many annual Ace Hardware conventions throughout the United States.

Helen was accomplished in sewing and made many of Al’s Shrine clown costumes. Genealogy was an interest of Helen’s and she made large charts of family history stretching back into the German/Hungarian family history.

She enjoyed making Thanksgiving, Christmas and Easter dinners with the family and is remembered for her prime rib dinners at Christmas.

Helen was a Catholic when growing up and later a member of St. Paul’s United Methodist Church in Montpelier.

Her parents emigrated to the United States from Hungary and Helen spoke only German until she went to elementary school where she learned English.

Even though she was born in the United States, she would often tell stories about the difficulties of growing up as foreigner.

She was preceded in death by her parents, Frank and Elizabeth Hofbauer; brother, Bill Hofbauer and one sister, Mary Carr Conner.

Visitation hours for Helen will be on Thursday, January 26, 2023 from 10am-12pm at the Thompson Funeral Home on Main Street in Montpelier. A service will follow at 12pm at the funeral home with Pastor Kevin Doseck to officiate.  Interment will be at Riverside Cemetery in Montpelier.

Memorial donations may be made to the Shriner’s Hospital for Children in Tampa, Florida, the American Heart Association or the donor’s choice.

Condolences for the family can be done at www.thethompsonfuneralhome.com